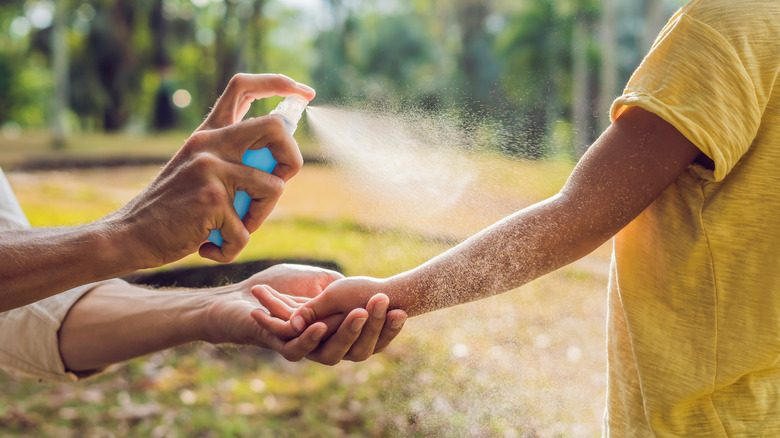 In the heat of summer, when you are carting beach bags full of stuff and maybe a few small kids in tow as well, consolidation tends to be the name of the game. A beach chair that has an umbrella and drink holder build in? Ideal. A beach mat that rolls up into its own bag? Perfect. So no wonder so many folks assume skipping a bottle and an extra step by applying both their bug spray and sunscreen with one single product is the easiest, best way to go. This might seem especially convenient if you have small children who hate having anything sprayed or slathered onto them in the first place.

But what if we told you there’s a pretty solid reason why you probably want to just endure the extra shrieks from your protesting children and the extra bottle in the bag? As it turns out, you definitely want to apply your bug spray and sunscreen separately, especially when applying them to kids (via SkinCancer.org).

Why you should use separate sunscreen and bug spray 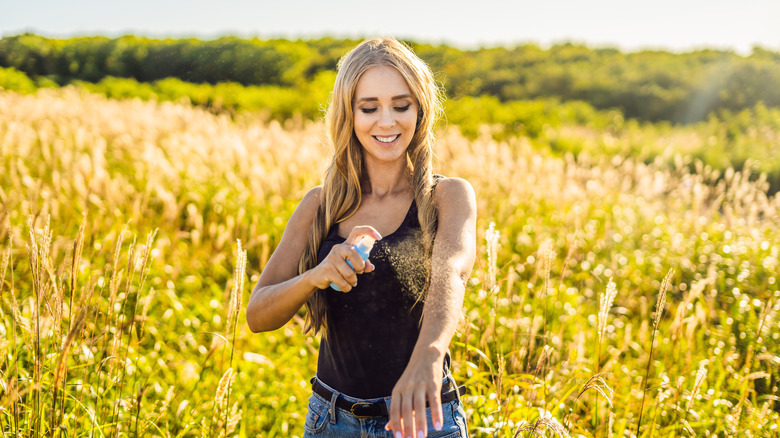 Here’s the issue with using combination sunscreen/bug spray, as convenient as it might seem: some formulations of sunscreen decrease in effectiveness when they come in contact with DEET (N,N-Diethyl-m-toluamide), which is the most effective and most common ingredient in bug repellent (via SkinCancer.org). In fact, some studies showed a shocking 30 percent decrease in the sunscreen’s ability to block harmful rays. Further, and this is the scariest part, sunscreen can actually cause the skin to absorb more DEET, increasing potential toxicity, especially in children.

Please keep in mind that both sunscreen and DEET-based bug repellant are considered safe to use at the same time, as long as separate products are used and a bit of time is given between applications (via West Seattle Skincare). For instance, sunscreen should be applied and reapplied frequently, directly to the skin and face, every two hours or so. Meanwhile, bug spray should only be applied every 2-6 hours, never on the face, and to clothing more than skin as far as it is possible (although applying directly on the skin, depending on the concentration, is also considered safe).

In order to ensure you are choosing the least toxic formulations of both sunscreen and bug repellent, we recommend taking a look at the Environmental Working Group’s Skin Deep application.