In order to save more lives with early lung cancer screening, more smokers will have to show up and get tested. One health center is trying to make that happen. 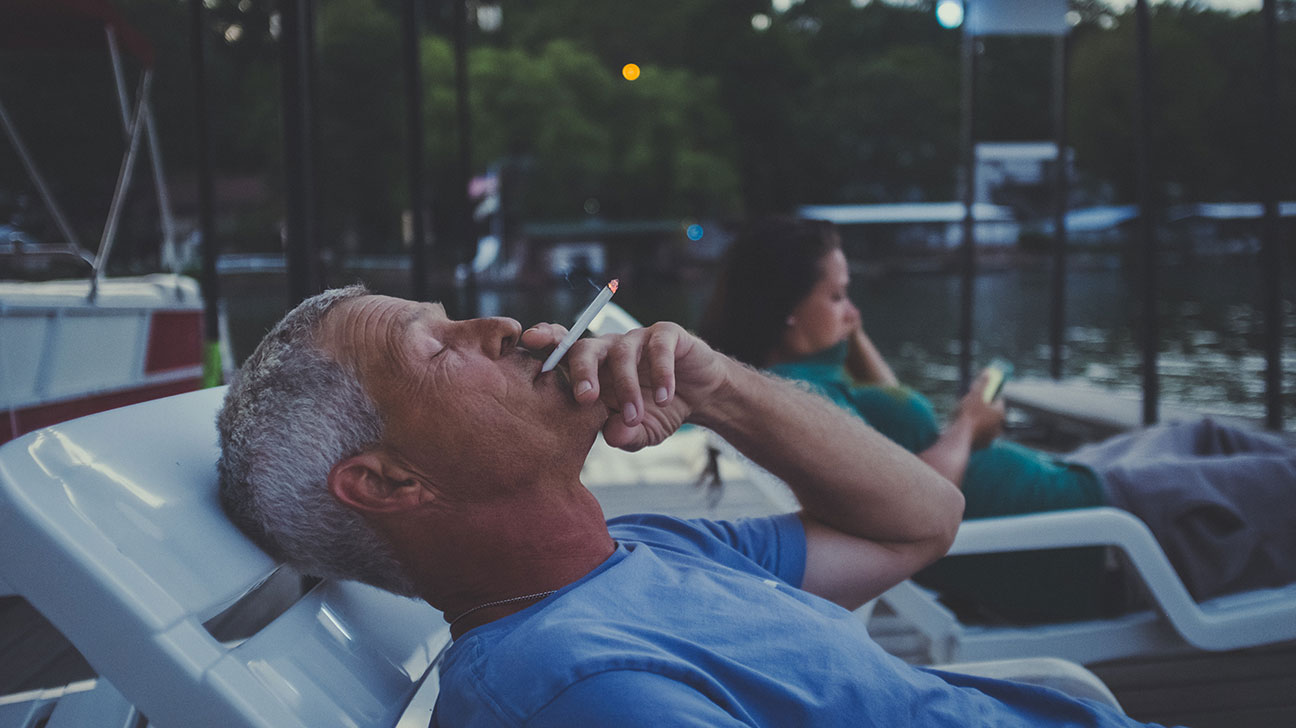 Only a tiny fraction of heavy smokers in the United States are taking advantage of potentially life-saving lung cancer screening.

Some have pointed the finger at smokers’ fear of a cancer diagnosis or being stigmatized as causes for the low turnout.

But a health center in Massachusetts that set up a screening program has shown that if you build it, they will come… and be screened.

A new study reported by Bloomberg found that only 2 percent of heavy smokers in the United States get recommended lung cancer screenings.

This is much lower than screenings for breast cancer (mammograms) and colon cancer (colonoscopies), despite the fact these tests are less comfortable than the low-dose CT scan used for lung cancer screening.

Lung cancer is the second most common cancer in both men and women as well as the leading cause of death from cancer in the United States, reports the American Cancer Society.

Like other types of screening, there are risks to lung cancer screening, including exposure to radiation from repeated CT scans.

That’s why the U.S. Preventive Services Task Force recommends screening only for people with the highest lung cancer risk — those between the ages of 55 and 80 who have smoked a pack a day or more for 30 years (or the equivalent).

Because the risk of lung cancer decreases the longer you have abstained from smoking, the guidelines are only for current smokers and those who quit within the past 15 years.

If all 7.6 million eligible people in the country had lung cancer screening done, it could save 12,000 lives, reports Bloomberg

A 2017 Canadian study found that lung cancer screening costs $20,724 in Canadian dollars for each year of life saved, compared to the $100,000 Canadian dollar benchmark for other cancer interventions.

In the United States, treatments for lung cancer cost $12 billion in 2010, estimates one study.

There are many reasons that heavy smokers may not get screened, but some studies point to one in particular.

“The biggest issue is stigma. People worry about being blamed for having smoked, by either healthcare providers or radiology technicians,” said Lisa Carter-Harris, PhD, an assistant professor in the Indiana University School of Nursing.

This may deter them from talking to their doctor about screening or showing up to their screening appointment.

Not everyone agrees, though.

“I’ve seen some articles that say heavy smokers aren’t interested in screening or they don’t want to know if they have lung cancer. I have to disagree with that,” said Dr. Andrea McKee, chair of radiation oncology at the Lahey Hospital & Medical Center in Massachusetts.

She points to other reasons for the low screening rates — one, in particular, doesn’t have anything to do with smokers.

“We’re only one or two years into screening. It takes about a decade for a new test like this to really get off the ground and reach a steady state,” said Lahey.

The National Lung Screening Trial (NLST), which showed that CT scan screening was beneficial for heavy smokers, was published in 2011.

Also, insurers didn’t pay for the test in the beginning and it took a while for the Centers for Medicare & Medicaid Services to provide instructions on how providers could be paid for screening eligible Medicare enrollees.

But the success of the screening program at Lahey shows that all of these reasons for low screening rates can be overcome.

They set up the screening program after the NLST was published and started screening in 2012.

Lahey also chose to not charge for the CT scans, which McKee said got around the whole “insurance issue.”

To date, they’ve screened 65 percent of their eligible population.

The health system’s approach was multipronged and included educating medical professionals in the area. Lahey also reached out to high-risk patients in the community, such as at firefighters’ association meetings, elder homes, and the local Air Force base.

Currently, there is no federally funded or national ad campaign to educate heavy smokers about screening, which may contribute to lower awareness among smokers.

“What we found was that very few people are even aware that lung cancer screening exists,” said Carter-Harris. “And of those that were aware, they were leery of getting screened because of different issues.”

Screening is a win-win

The American Lung Association has also been leading the way with its Saved By the Scan education campaign.

McKee is a lung association volunteer spokesperson and is involved with the organization’s LUNG FORCE initiative, which is tackling lung cancer through education, advocacy, and research.

Public education campaigns can be effective, especially if they reach heavy smokers where they live.

For Frank Flahive, a lung cancer survivor and “LUNG FORCE Hero” from Massachusetts, it was just a matter of being at the right place at the right time.

He was in line at the local senior center to sign up for the golf league when he saw a poster on the wall for “FREE lung cancer screening.”

“Basically, if I hadn’t gone to sign up for golf and if I hadn’t been ‘captive’ in that line, it’s very possible that I would never have even seen that poster,” said Flahive.

The next week he went to an event to find out more. This led to him being screened, which turned up two nodules in his right lung.

Because he was in a high-risk group, his doctor recommended that he have another CT scan six months later. At that time, one of the nodules had gone away — as they sometimes do — but the other had “solidified.”

That second one turned out to be cancer. Surgeons removed the lower right lobe of his lung — leaving Flahive with only three inch-long scars to show for it.

For two years after that, he had another CT scan every three months to check for more cancer.

Flahive said there were several points where he could have backed out of the screening or not followed up, but something inside him kept him going.

He credits the early screening and detection of cancer with saving his life as well as avoiding more intensive chemotherapy and radiation treatments.