Why are more women freezing their eggs? For ROMANCE, not their careers: Study finds most do it so they can date freely without men don’t fear they want marriage and babies

The boom in egg-freezing has been attributed to career women, grabbing the chance to delay childbearing until they’ve got some work done and money earned.

But new research suggests that may simply be a welcome side effect – and that a desire for unconstrained romance may be driving trend.

The small but widely acclaimed study by two New York University sociologists found women are most motivated to freeze their eggs so they can date at ease without the looming question of marriage and babies hanging over them and their potential partners.

Many of the 52 women they interviewed were less concerned about their eggs surviving to produce a baby down the line; their main concern was the immediate freedom it gave them romantically.

Above all, most women were concerned that potential partners would be less likely to pursue a relationship if that question was unanswered – and egg freezing offered a solution, albeit an eyewateringly expensive one. 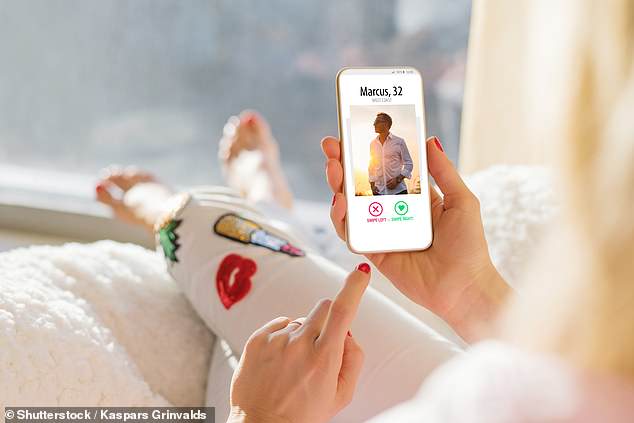 Romance for romance sake: Sociologists found women were motivated to freeze their eggs to get the question of marriage and babies out the way, so they can date freely

Co-lead author Mary Patrick told DailyMail.com: ‘We had a hunch that it was more about romance than it was about delaying childbirth to focus on your career, but we were surprised when we started interviewing, the extent [to which] that was true.

‘Women actively down-played the career element. This is about not having a partner [rather than] purposely delaying it.’

Many of their interviewees, she said, spoke about the image of the ‘ticking clock’ which they felt was ‘putting pressure on their romantic lives’.

Once they had frozen their eggs, many women felt more free to date as they wished – and even mentioned the fact that they’d frozen their eggs on a first date to take that concern out of the equation from the start.

‘It was interesting to us hearing that [women] used egg freezing in their interactions with potential partners to signal that they weren’t in a rush to get married so they could have a relationship without those pressures.’

Egg freezing has long been billed as a career woman’s game, becoming more popular as more women grab the opportunity to rise up in the work force before raising kids.

It makes sense: it’s expensive (costing about $10,000 for the extraction, plus around $500 a year for storage) and arduous (with various hormone injections required, and possibly multiple rounds of extraction). So the majority of women who’ve done it thus far have had to have a clear and lucrative plan in mind.

Adding weight to the career connection, businesses are all for it: Apple and Facebook offer subsidized egg-freezing and storage for their employees.

But this new study, published last month in the American Sociological Review, suggests that, as more and more women do it, the population of patients may be diversifying, and their motivations might not be the same we once thought.

The study has clear limitations: it was very small, and it only tells half the story, since men were not included.

However, it has been well-received by the medical and sociology communities as one of the first studies to probe women’s motivations for egg-freezing as it becomes one of the fastest-growing and most sought-after industries in medicine.

Eliza Brown, the other lead author on the paper, said the findings ‘leads to broader questions about both men and women, and their responsibilities in terms of reproduction.’

‘Women feel they have to carry the burden of’ finding a solution for the marriage and babies question, and that if they don’t, their ever-fertile male love interest might just swipe on to the next girl, she says.

‘It makes them more accessible to partners to demonstrate that they wouldn’t be rushing them into getting pregnant.’

It’s a minefield that didn’t exist for previous generations.

Dating and courtship has transformed in the past half a century. 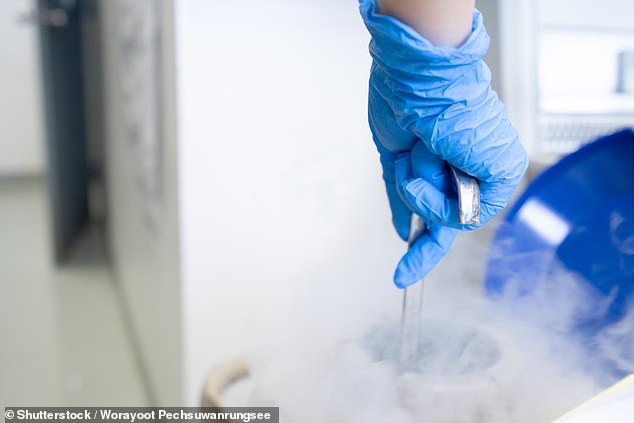 Egg freezing is expensive, arduous, and still in the early stages, but more and more women are turning to it

People have never had so much freedom to decide how, when and with whom they spend their life and procreate.

Now welcome in the workforce, fewer women need to depend on marriage as their primary source of income.

How women meet a partner has changed, too. The advent of dating sites and apps like Match.com, OKCupid and Tinder opened up the pool of potential mates exponentially.

Same-sex marriage is also legal, as is adoption for gay couples, and/or having a baby via sperm donor.

But none of that has actually stopped the biological clock from ticking.

Despite all the technological advances in reproductive medicine, the fact remains that women’s ovary reserves are constantly depleting.

A woman has all the eggs she will ever have before she’s born, when she’s still a fetus. From birth, that number starts to decline, and there is still no way of getting around that.

It means those who want to free themselves up for spontaneous dating may need to plan ahead, or at least feel that they need to.

The price is another hefty obstacle that means egg freezing is still far from mainstream.

However, it seems this budding area of reproductive medicine may unwittingly be offering an unusual lifeline for women.

Women want ‘romance for its own sake’, Brown says. ‘Using their frozen eggs to navigate courtship is one way of doing it.’

Do you have prostate cancer? Here’s your guide to treatment options
Recent Posts
HEALTH PROBLEMS