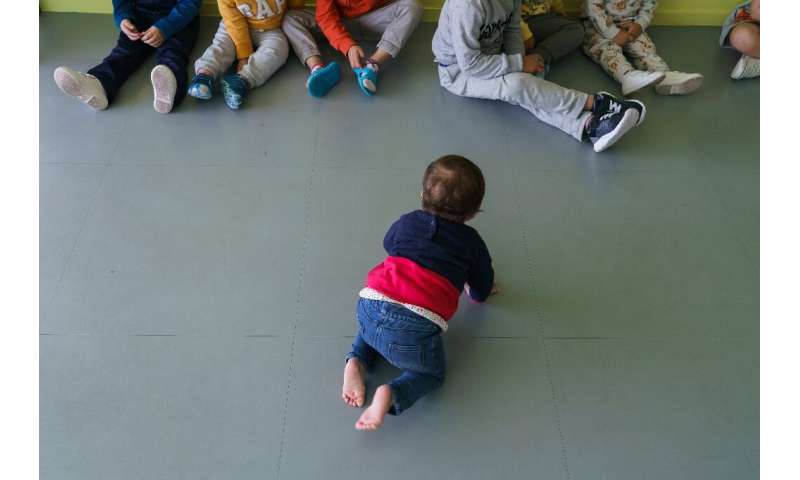 President Donald Trump has been censored on Facebook and Twitter after saying children are “almost immune” from COVID-19. What do the facts say?

What’s less clear is how much they spread the virus once infected.

Under-18s have accounted for just two percent of hospitalized COVID-19 cases and less than 0.1 percent of all deaths in the United States, according to statistics from the Centers for Disease Control and Prevention (CDC).

A total of 45 children died from the coronavirus in the United States between February 1 and August 1—compared to 105 who died from seasonal flu—out of a total of 13,000 children who died of all of causes over the period.

When they do catch the virus, children are far less likely than adults to fall seriously ill.

An informative study of 2,143 confirmed or suspected cases of coronavirus among children in China found 94 percent of cases were asymptomatic, mild or moderate.

Those children who do fall ill often have underlying conditions. A study found all 10 pediatric patients who were hospitalized in Chicago in March and April with COVID-19 had either pre-existing conditions or co-infections.

The bottom line here is that children get sick and die from COVID-19 far less often than adults do, though that does not mean they are immune.

Some limited research indicates infants (under one) may be at slightly higher risk than older children.

It’s worth emphasizing that given that children are more prone to severe cases of flu, it wasn’t obvious at the start of the pandemic that children would be less susceptible to COVID-19.

There is also a highly rare, post-viral condition called Multisystem Inflammatory Syndrome in Children (MIS-C) which can develop about a month after SARS-CoV-2 infection and causes multiple organs to become painfully inflamed.

As of July 15, the CDC had reported 342 cases and six deaths—a death rate of under two percent. The average age was eight-years-old, and 70 percent of cases occurred among either Hispanic or black children.

They seem less likely to contract the virus

The next question is, are children major drivers of viral transmission? This breaks down into two parts: 1) How easily do they become infected? 2) How much do they spread the virus once they have it?

There have now been several studies on the first part that do indeed seem to suggest children, especially younger children are infected less often.

Icelandic researchers selected just over 13,000 people for viral screening, including some 850 children under 10. The overall prevalence of the coronavirus was 0.8 percent, but no children under 10 were infected.

Similar surveys carried out in Spain, Italy and Switzerland all had similar results, finding children accounted for a far smaller proportion of infections compared to adults.

That said, this remains an area of ongoing study.

In the US, top infectious diseases official Anthony Fauci is leading a study into the question of infection and transmission rates among children and adults, with results expected by December.

We don’t know yet how contagious children are

This is perhaps the most pressing question as authorities consider when and how to reopen schools.

If children are major spreaders, then they could cause fresh outbreaks within their homes and communities—and unfortunately the evidence right now on this point is mixed.

A study out of Chicago that appeared last week found that children under the age of five carry between 10 to 100 times greater levels of viral nucleic acid in their noses compared to adults.

Since this genetic material causes the virus to grow in labs, the authors suggested that children are probably important drivers of transmission.

That hypothesis merits more study but is not yet proven.

Another way of approaching the problem is through the lens of epidemiology—that is, what happened in real life?

On the one hand, spectacular clusters have erupted—for example at a summer camp in the US state of Georgia where hundreds of unmasked children who slept together in large dorms were infected.

Israel, too has been a cautionary tale, with outbreaks in multiple schools that infected hundreds of students, teachers and relatives.

Conversely, a large study in South Korea showed that children under the age of 10 infect household contacts at much lower rates than those above 10 and adults.

As for possible reasons as to why children seem to get infected less—no one knows for sure, but there are ideas.

Maybe the virus can’t latch on as readily to the cell receptors of children.

Another theory gaining more traction is that the four coronaviruses that cause the common cold are remembered by the body’s T cells—white blood cells that fight infections—which then provide cross immunity.

Since children often get colds, they may have more immunity than adults.