The thousands who have been watching the action in Russia via the BBC’s new VR app may go on to suffer dry and strained eyes, according to the laser-eye surgeon David Allamby.

Available on mobiles, as well as VR headsets like Facebook’s new ‘Oculus Go’ and Sony’s ‘PlayStation VR’, the technology gives fans a 180 degree view from a ‘corporate box’, which some have hailed the ‘future of sports broadcasting’.

Mr Allamby, medical director of London’s Focus Clinic, said: ‘When immersed in a VR environment, a viewer often stops blinking as often as they would do normally, as they’re so captivated by what they’re looking it.

‘This means the eye isn’t getting enough lubrication and can lead to the eyes drying out and becoming red, swollen and irritated.

‘In bad cases dry eye can lead to blurred vision and very sore eyes. And in really extreme cases it can result in chronic ongoing inflammation of the cornea.’ 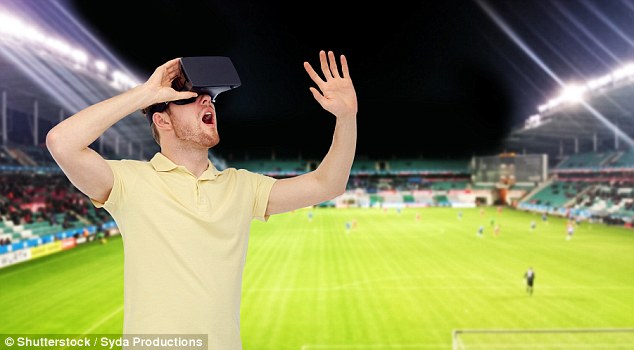 THE WORLD CUP OF STOP SMOKING!

Peru may have already been knocked out in the group stages of the World Cup, after disappointing 1-0 defeats to Group C opponents France and Denmark.

But if the tournament was based on stop smoking rates, not football, then the South American nation would have clinched the prestigious trophy.

Researchers mocked-up the results using official statistics on the decline in smoking rates across all 32 competing nations between 2000 and 2015.

The overall rates for each country are strictly estimates, but are based on data from national health authorities and the World Health Organization.

Denmark, knocked out after losing a dramatic penalty shoot-out against Croatia in the last 16, would have reached the final of the mocked-up tournament, created to highlight how smoking rates have largely fallen across the world.

And England, whose fans are still celebrating with chants of ‘it’s coming home’ after beating Colombia on penalties in the round of 16 on Tuesday, would have reached the semi finals – before crashing out to eventual winners Peru.

The Three Lions would have also come unstuck against Japan in the third place play-off, after triumphing against Poland and Sweden – who they play in the quarter finals of the real tournament tomorrow – in the knock-outs.

‘This shows just how effective the Government’s forward-thinking approach to smoke free alternatives, such as vaping and heated tobacco, has been.

‘With more widespread acceptance of these alternative products, we believe we could advance even faster by the time of the next World Cup.’

Mr Allamby, medical director of London’s Focus Clinic, explains: ‘VR is becoming more and more popular, and it’s great that so many fans are using the new BBC app.

‘But they do need to be aware of some potential pitfalls, as there are some optical issues which are specific to VR headset use. Chief among these is dry eye and eye strain.’

Mr Allamby also suspects prolonged and excessive use of VR could disrupt how eyes focus on objects at different distances, which is known as ‘vergence-accommodation coupling’.

He explains: ‘VR headsets contain two small digital screens, each projected at a different eye, creating a stereoscopic effect to create an illusion of depth.

‘The closeness of these to the eyes over long periods of use could lead to severe vision strain or neurological issues.

‘Because VR is in its infancy, the precise mechanics are not entirely understood. But in my view it’s something which needs monitoring closely in case it throws up sight-related problems.’

‘Looking at something close up requires effort’

Mr Allamby also suspects VR may add to an ever increasing problem of childhood short-sightedness with the number of sufferers set to almost double in western Europe over the next three decades.

He said: ‘We simply don’t know what’s causing the huge spike in myopia. But we can have a good guess.

‘Our eyes evolved over many thousands of years as we emerged as hunter-gatherers, using them mainly for distance work. In fact, our eyes are “at rest” when looking into the distance.

‘But we no longer use our eyes in the same way. We’re spending less time outside and more time staring at mobile phones, computers, tablets and VR goggles.

‘Looking at something close up requires effort by the ciliary muscle, which controls the shape of the lens of the eye and helps us focus.

‘This puts the ciliary muscle under a more or less constant state of stress.

He added: ‘By repeatedly subjecting this muscle to stress, it can constrict growth at the front of the eye.

‘This is one theory as to how excessive near work can kick-start a process where the eye gets longer, thus leading to myopia. It’s what many of us are now calling “screen sightedness”.’ 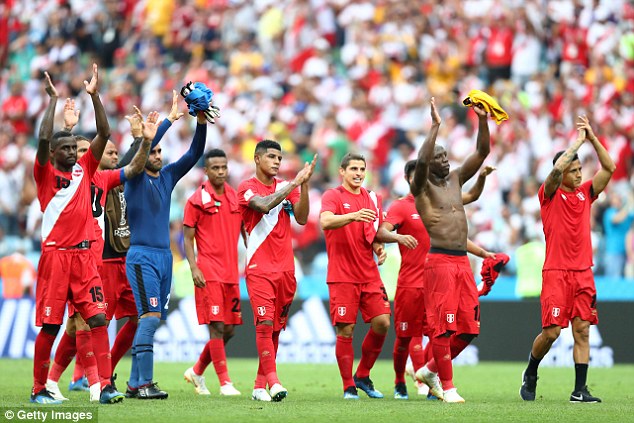 VR may cause users to ‘throw up’

And it’s not just eyes that could suffer, people’s stomach may also be affected.

Mr Allamby said: ‘When Sony’s “Playstation VR” first launched in 2016, it was accompanied by many accounts of people feeling sick and disorientated while playing games.

‘And it appears those sorts of reports are still coming in thick and fast now. If you’re watching football, that throw-in could be accompanied by a throw-up!

‘You only need to look at Twitter to see examples of where people say they’re feeling really unwell after a VR session.

‘The unpleasant effects can also seemingly last a long time after a VR session has finished.

‘My advice would be to take the VR goggles off the minute you experience any discomfort in your eyes, and certainly if you start feeling queasy.’

Last May tech giants LG revealed details of their own efforts to try and decrease the risk of VR nausea.

The South-Korean firm suggest higher resolution imaging reduces something called ‘motion-to-photon-latency’ – the delay between your movement being reflected on screen – and motion blur, which could stop screen queasiness.