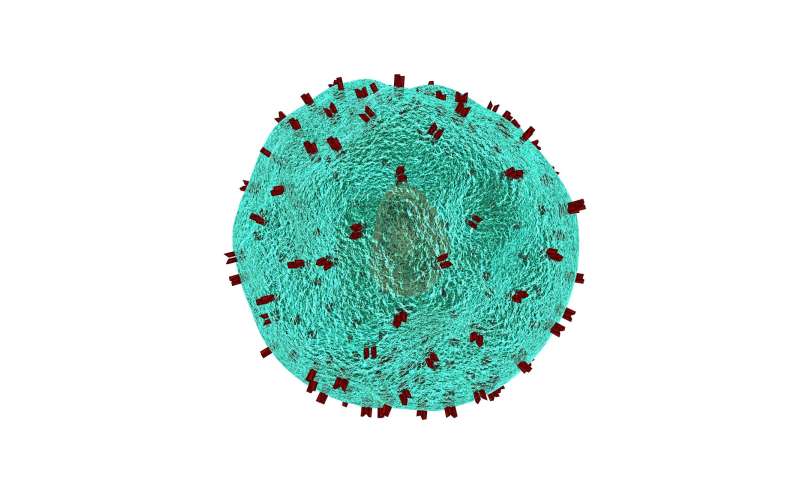 Despite improvements in HIV testing among men who have sex with men (MSM) in Africa, many are missing out on HIV treatment.

This is the finding of research, led by Imperial College London, which analysed data from 75 independent studies involving 44,993 MSM across 28 African countries, between 2004 and 2018.

The team found that levels of HIV testing and HIV status awareness among MSM in Africa were lower in countries with more severe anti-LGBT legislation. For example, a larger proportion of MSM had received an HIV test where there was more protective and progressive legislation, and fewer or no LGBT-related arrests, the analysis revealed.

The study, the first large meta-analysis of HIV testing and treatment among MSM in Africa, revealed that since 2011, around half of MSM in Africa had taken an HIV test in the last year (before 2011, only a third had done so).

This was greater than the proportion of men tested in the general population in Africa, yet MSM with HIV had significantly lower levels of treatment.

The study, published in the journal The Lancet HIV, found only 19 per cent of MSM with HIV were aware of their status—i.e. knew they had HIV.

Among MSM living with HIV, only 24 per cent were taking anti-retroviral therapy (ART). This therapy is the gold-standard for HIV treatment and reduces the amount of virus in the blood to undetectable levels, prolonging the life of people with HIV, and preventing subsequent sexual transmission to others.

By comparison, a different study from 2018 in six European and central Asian countries found 83 per cent of MSM with HIV were aware of their status, and 70 per cent were on ART.

The team behind the current Lancet HIV study also found levels of treatment among MSM were about 2.5 times lower than among men in the general population in Africa.

The researchers also found that few studies on awareness of HIV status, and particularly on treatment, have been conducted among MSM in Africa, especially in northern and central Africa. The team highlight the need for more studies to be conducted in this region to have a better picture of the situation among MSM throughout Africa.

The research was funded by the UKRI’s Medical Research Council, Department for International Development, and the US National Institutes of Health through the HIV Prevention Trials Network.

The scientists say many factors could account for the low proportion of MSM who undergo HIV testing and take ART. These include access to healthcare services and support, which may be more difficult in countries with more severe anti-LGBT legislation or where stigma against same sex relations is prevalent.

A statistically significant association was found between the proportion of MSM who seek HIV testing or know their status, and the severity of their country’s anti-LGBT legislation. Despite the small number of studies reporting on stigma, they found some evidence that stigma influenced HIV testing among MSM in Africa.

Professor Marie-Claude Boily, lead author from Imperial’s School of Public Health, said: “These results are important because MSM in Africa have not received sufficient national and global attention, yet are disproportionately affected by HIV. This study, the first large-scale analysis of HIV testing and treatment among MSM in Africa, suggests three in four MSM living with HIV in Africa may not be on ART, meaning a large fraction will unnecessarily die of AIDS—and can pass on the virus to their partners. To reduce the burden of HIV among the MSM community and globally, we need to reach those groups of people who are most likely to acquire and transmit the virus.”

Dr. Kate Mitchell, also from the School of Public Health and who co-led the study added: “There are many possible reasons why MSM in Africa may have low levels of testing and treatment, but this research shows two potential factors are anti-LGBT legislation and stigma, which is consistent with previous findings.”

James Stannah, first author of the study from the Medical Research Council Centre for Global Infectious Disease Analysis, at Imperial, explained the research supports previous evidence from other studies examining the effect of anti-LGBT laws and stigma on rates of HIV testing and treatment: “Globally, MSM are about 28 times more likely to be living with HIV than men in the general population. This inequality is particularly apparent in sub-Saharan Africa where almost two-thirds of countries still criminalise same-sex relations between men, many with long prison sentences and some with the death penalty. In an environment in which stigma and human rights violations linked to hostile legislation (including denial of healthcare and even discrimination from healthcare workers) have been shown to limit access to HIV-related services for MSM, more needs to be done.”

The team says further research is now needed to assess the situation in a larger number of African countries, and to establish whether changes to legislation and reducing this stigma would increase the number of MSM in Africa who seek testing, and can then access treatment for HIV.

Dr. Elizabeth Dale, joint first author from Department of Infectious Disease Epidemiology at Imperial, said: “More work is now needed to establish the effect of repealing anti-LGBT legislation on access to HIV services for MSM. Although there have been more studies in this area over time, we still urgently need research on MSM in Africa and their engagement with HIV services—particularly in Northern and Central Africa, where data is scarce. It is important to regularly monitor HIV testing and treatment among MSM in all African countries, and to monitor progress toward achieving UNAIDS 90-90-90 and identify key prevention gaps.”