Two-for-one deals on junk food will be banned as part of a major crackdown on obesity.

Restaurants, cafes and takeaways could also soon be forced to put calorie counts on their menus under the government proposals.

The proposals are expected to be unveiled tomorrow as part of the new Childhood Obesity Strategy, which aims to halve the problem by 2030. 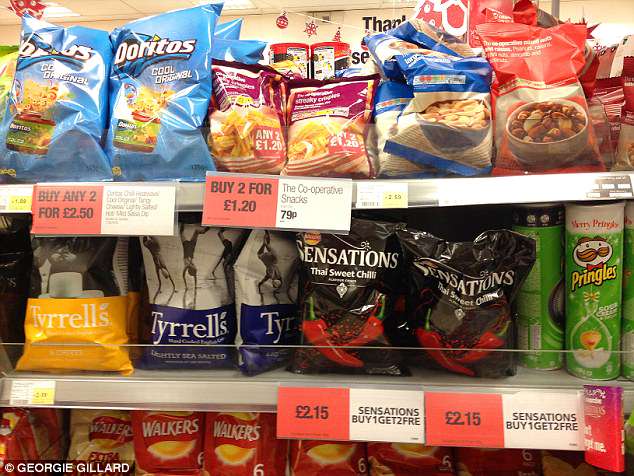 Two-for-one deals on junk food will be banned as part of a major crackdown on obesity. File image used

But health campaigners say the measures, which are expected to include tighter restrictions on junk food adverts before the watershed, still do not go far enough.

As well as the ban on buy-one-get-one-free deals on junk food, it is hoped that clear nutritional labelling in restaurants will help us make more informed choices.

Health experts say we often under-estimate the number of calories in food when eating out, while studies show labelling can cut calorie consumption by 8 per cent.

The new measures will replace a watered-down strategy published two years ago, which was heavily criticised by health organisations for not going far enough.

Campaigners including TV chefs Hugh Fearnley-Whittingstall and Jamie Oliver have lobbied for measures such as a ban on junk food adverts before the 9pm watershed and for sweets to be moved away from check-outs.

Campaigners also want the new strategy to include tighter restrictions on supermarket deals and taxes on sugary milkshakes. 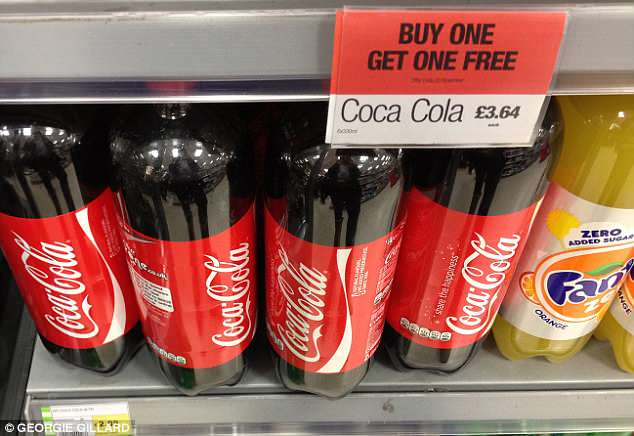 Health experts, including the head of the NHS Simon Stevens, have warned that the UK is failing the next generation by allowing an ‘obesity timebomb’ to happen.

They warn that children are losing up to 20 years of their lives because of the failure to tackle youth obesity.

The latest obesity strategy comes as the number of diabetes cases in the UK has doubled in 20 years to 3.7million, with experts warning it is the fastest growing health crisis of our time.

Nearly a third of children and two in three adults in Britain are overweight or obese.

This is despite hundreds of millions of pounds being poured into healthier school meals, PE equipment and extra sports coaches. 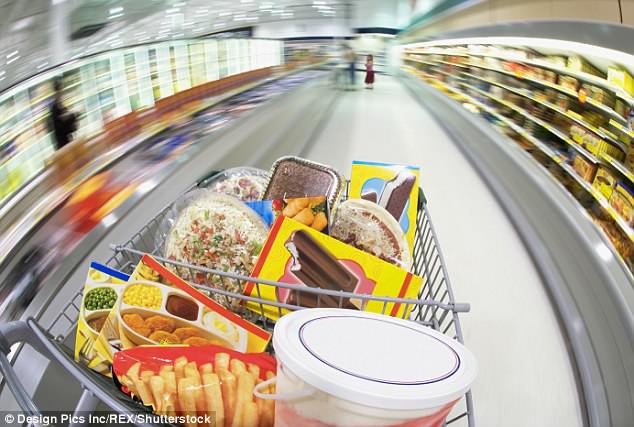 The proposals are expected to be unveiled tomorrow as part of the new Childhood Obesity Strategy, which aims to halve the problem by 2030. File image used

Last week, Public Health England revealed youngsters are taking just five months to consume the amount of sugar they should be having in a year, with a fifth coming from sugary drinks.

But Tam Fry, spokesman for the National Obesity Forum, described the new plan as ‘underwhelming’, saying it does not live up to the ‘game-changing’ plan promised by Health Secretary Jeremy Hunt.

‘The Government has had 20 years now since obesity first became a problem to sort it out and it hasn’t done it,’ he said. ‘It’s set target after target, but the right action is not being taken.’

Plus-size clothing ranges may be normalising obesity, it has been warned.

A study found more than half of men do not recognise they are fat. And almost a third of women underestimate their true weight.

The University of East Anglia analysed the Health Survey for England, which contains the answers of 23,459 people asked whether they were about the right weight, too heavy or too light.

At the same time, the proportion of overweight women misjudging their weight has jumped from 24.5 per cent to 30.6 per cent, the journal Obesity reports.

The authors said: ‘Seeing the huge potential of the fuller-sized fashion market, retailers may have contributed to the normalisation of being overweight and obese.’