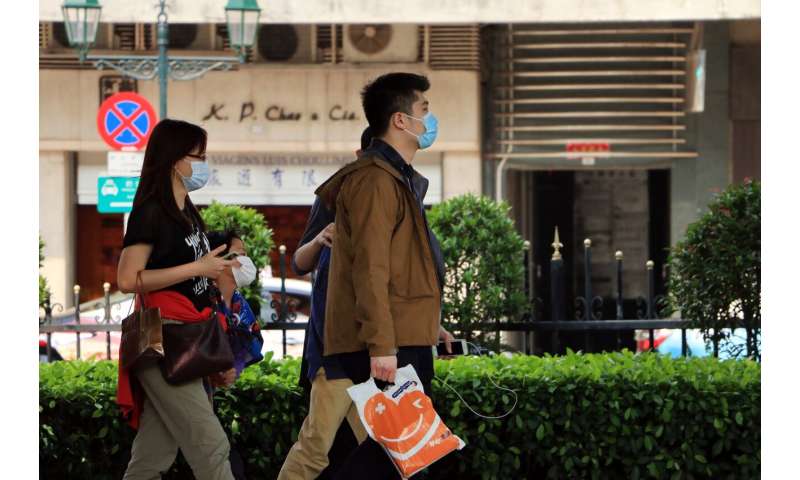 Despite all the political controversy about whether masks should be required or not, the science is clear: Face coverings tamp down the spread of COVID-19.

They provide a barrier that helps contain the airborne droplets that are emitted when we exhale—effectively curbing one of the primary ways that the virus spreads.

Given that roughly 40 percent of new infections come from people who don’t show symptoms—and may be unaware that they are carriers—the widespread adoption of face coverings is one of the most effective ways for communities to slow the spread of the virus.

But here’s the thing: Masks won’t make a big dent in new infections until the vast majority of us wear them.

“It takes 80-90 percent of the population to mask up in order to make any significant difference in slowing the spread of COVID-19,” said computer science and engineering professor De Kai at Berkeley’s International Computer Science Institute.

An expert in artificial intelligence, De Kai created a computer simulation that models the spread of COVID-19 when different percentages of the population wear face coverings.

His research found that even when half the population regularly wears masks, the number of new infections continues to rise. You need nearly the whole community to wear masks for them to effectively slow the spread of the virus.

“This is counterintuitive because unconsciously, as humans, we tend to assume linear behaviors. But it turns out that if only 50 percent of folks are wearing masks, we do not cut infections in half—in fact it makes hardly any difference.”

When masking becomes nearly universal in a community—as it has been in many places in East Asia since early this year—the number of new infections starts to decline.

It’s an intervention that is nearly as effective as going into a total lockdown, and yet wearing a mask doesn’t take anywhere near the same economic or social toll on communities as widespread quarantines do, De Kai said.

De Kai has seen the truth of this first hand. As a professor who splits his time between UC Berkeley and the Hong Kong University of Science and Technology, the evidence in favor of the effectiveness of face coverings is readily apparent.

People in Hong Kong voluntarily began wearing masks in January. “We have had a grand total of 16 deaths in a city that is the same size and population as New York City,” De Kai said.

The huge discrepancy in death rates between different parts of the world prompted De Kai and an international group of researchers to develop the mask simulation so that people could see for themselves how effective masks can be. The team of researchers also analyzed the rate of new infections in countries where masks are routinely worn and compared them to those where they are not.

In Hong Kong, masks have never been legally mandated, yet there is a widespread willingness to wear them. In the United States, masks have become a point of controversy, with debates flaring over individual rights versus community safety.

“The over-politicization of the masks issue is costing us,” De Kai said. “I think we need to transcend the politics of this. We need to break it down so people understand that we’re just trying to help our communities.

“We’re not trying to take away freedoms. We’re actually looking at, ‘What is the best way to preserve our freedoms?’ Because if we are wearing masks, it frees us to do much more than being locked down at home.”

“If the virus spikes again, we’re going to be suffering harsh lockdowns, which nobody wants. It’s far preferable to lock down just our noses and mouths, than to lock down our entire bodies inside of our homes again.”

Tips for face coverings (courtesy of UCSF and UC Davis)

Putting on a face covering

Taking off the face covering