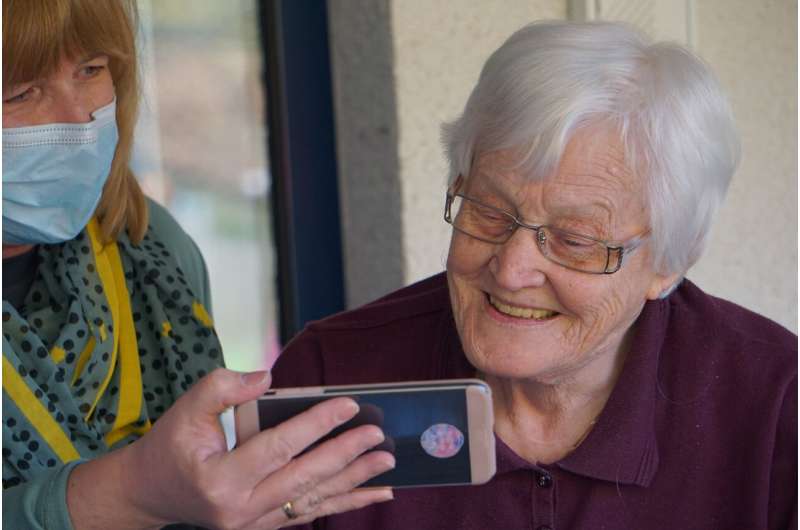 Car parades. Grandchildren waving and holding signs from outside. Spouses and children pressing their hands against window panes as a sort of embrace with glass between their palms. These were the scenes when nursing homes shut their doors to outside visitors to protect their residents from COVID-19, which is particularly deadly to older adults.

But even before the pandemic, residents of long-term care facilities may have faced disproportionate isolation from their surrounding communities. Nursing homes across the U.S. tend to be located in neighborhoods where social connection is lacking, according to new research by scientists in Bouvé College of Health Sciences at Northeastern.

“That’s just one more piece of the puzzle of why our nursing home populations can feel really divorced from the outside community, and their friends and family who might have challenges to come to visit them,” such as having to travel farther, says Becky Briesacher, associate professor and vice chair of research in the Department of Pharmacy and Health Systems Sciences at Northeastern.

And there are consequences to this isolation, she says. Residents that have just entered a long-term care facility in socially isolated neighborhoods face an increased risk of mortality.

People entering facilities in neighborhoods with the highest levels of social isolation had a 17 percent higher risk of mortality in the first 30 days than at nursing homes in less isolated areas, according to the team’s research published Wednesday in the Journal of the American Medical Association.

“We’re finding over and over again this really strong relationship between social isolation and health,” Briesacher says. A growing body of research illustrates that “as people become lonely, they decline mentally and also physically.”

Briesacher used U.S. Census data to map social isolation across the country and compared that map to the location of long term care facilities. The level of social isolation was determined by how high a proportion of a region’s population over the age of 65 lived alone.

This underscores the importance for nursing homes to increase social activities for their residents within the facility, Briesacher says.