Revealed: The once-a-day wipe impregnated with medicine to stop you sweating too much

A ‘wet wipe’ impregnated with medicine and rubbed under the arms once a day could banish the misery of excessive sweating.

The disposable towelette contains a liquid drug that blocks activation of the sweat glands in the armpit.

Research shows that, used daily, the wipes reduce sweat production by 50 per cent in nearly three out of four patients. 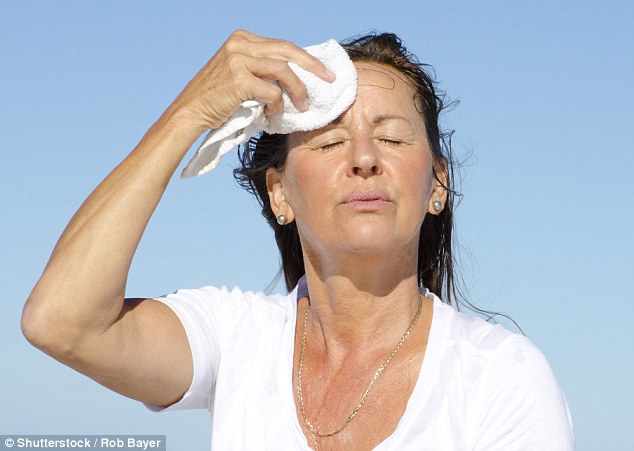 Call to arms: The disposable towelette contains a liquid drug that blocks activation of the sweat glands in the armpit

Also known as hyperhidrosis, excessive sweating affects more than a million people in England alone. The cause is thought to be a problem with the sympathetic nervous system, the part of the nervous system that raises blood pressure and heartbeat during times of stress and danger.

It also manages the sweating process and uses it to cool the skin when it senses the body temperature is getting too high.

However, in hyperhidrosis, the sympathetic nervous system appears to have a fault which means it keeps sending signals to the eccrine glands — the sweat glands found mainly in the armpits, hands and feet — even when there is no need to cool the body.

One in four of those affected has a family history of the disorder, suggesting there may be a genetic link.

Treatment usually begins with powerful prescription antiperspirants, which tackle the problem by blocking ducts, preventing the release of sweat.

Another option is injections of botulinum toxin, best known as an anti-wrinkle therapy, to block the signals from the brain to the sweat glands under the arm. 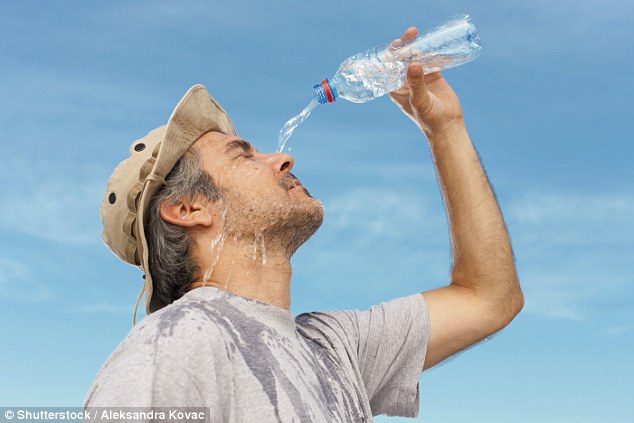 Cool: It also manages the sweating process and uses it to cool the skin when it senses the body temperature is getting too high

However, this treatment has to be repeated every two to eight months and more than one in ten patients suffers reactions, including pain or swelling around the injection site or temporary muscle weakness in the area. It is also rarely funded by the NHS and is often available only at private clinics.

The last-resort option is surgery to sever nerves that connect the nervous system with sweat glands in the armpits.

However, this procedure can actually increase sweating elsewhere on the body.

Doctors have known for years that one of the major side-effects of a class of medicines called anticholinergic drugs — used to treat everything from an over-active bladder to severe diarrhoea — is that they reduce sweating by interrupting signals between the brain and the glands that trigger sweating.

However, they are very powerful drugs which, when swallowed, can have a range of other side-effects, including blurred vision, dry mouth, dry eyes, memory impairment and confusion.

This largely rules them out as a treatment for hyperhidrosis, at least in their current form. But now, a U.S. firm, California-based Dermira Inc, has taken one type of anticholinergic drug — called glycopyrronium bromide — and turned it into a liquid that can be incorporated into a dispensable wet wipe, called Qbrexza.

The advantage is that the drug is absorbed into only the area around the armpit, rather than travelling round the body as with a pill, reducing the risk of side-effects.

The wipes come in individual sealed packets and only one is used to do both armpits — after they have been cleaned and dried — first thing in the morning. Once it is rubbed on the armpit, the liquid drug gets absorbed through the skin.

It was recently approved for use in the U.S. by the Food and Drug Administration for primary axillary hyperhidrosis — or heavy underarm sweating.

But it’s not suitable for facial sweating, as the drug can cause blurred vision if it gets into the eyes.

Patients are also advised to wash their hands immediately after use, in case they accidentally rub their eyes with traces of the drug on their fingers.

The prescription-only medicine is due to become available in the U.S. and Japan in the next few months, and could come to the UK within the next two years.

Dr Anton Alexandroff, a consultant dermatologist at BMI The Manor Hospital in Bedfordshire, said the wet wipe could benefit many people with hyperhidrosis.

‘It’s a distressing problem for some of my patients,’ he says. ‘This appears to be an easy-to-use and potentially effective treatment.’

Meanwhile, new research shows that more than 50 per cent of patients with severe sweating are able to stop taking antidepressants and anti-anxiety pills after having surgery for their condition.

Scientists at Johns Hopkins University in the U.S. found the procedure had major psychological benefits for the majority of patents, according to a report in the European Journal of Cardio-Thoracic Surgery.