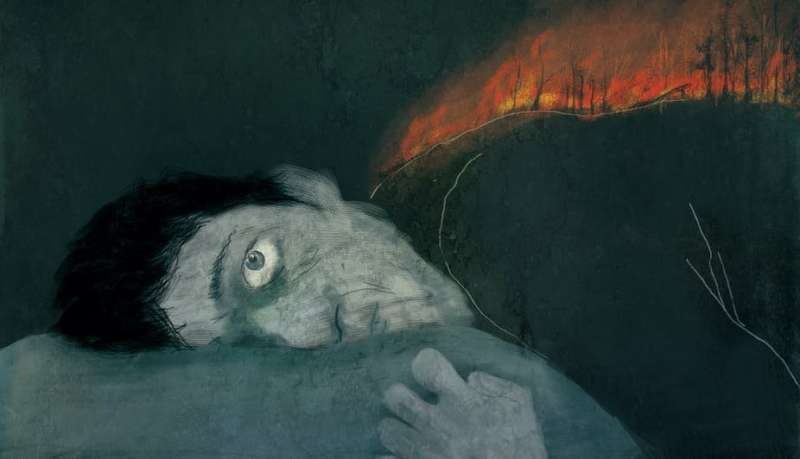 As the world’s attention turns to the climate summit in Glasgow, where governments are negotiating the future of international action on climate change, many will be feeling the acute stress and dread that comes with living in a world where it seems environmental catastrophe is around every corner.

Beyond the well-acknowledged threats of climate change to human physical health, it is now understood that environmental issues affect our mental health too.

Several terms have been used to describe the negative mental health implications of environmental degradation, including ecological grief, solastalgia, climate and eco-anxiety.

The American Psychological Association defines eco-anxiety as a “chronic fear of environmental doom”. Some psychiatrists describe this as an anticipated trauma or a “pre-traumatic stress disorder”.

A recent, as yet non-peer-reviewed, survey of young people in ten different countries revealed that 84% were at least moderately worried about climate change, 68% felt sad or afraid about it, while 65% reported feeling anxious.

For some, eco-anxiety is associated with severe symptoms such as insomnia and depression, making this phenomenon a serious public health issue. As such, it is essential to understand the psychological dimensions of climate change, especially among young people.

One novel way to monitor attitudes and responses to environmental issues is by analyzing people’s spontaneous reactions on social media. This is called social media sentiment analysis. In particular, internet memes can be used as a relevant source of data for analyzing public opinion.

In a recent study, we investigated consumers’ representations of climate change and environmental issues by examining more than 800 memes. Our findings highlight the various different manifestations of eco-anxiety. 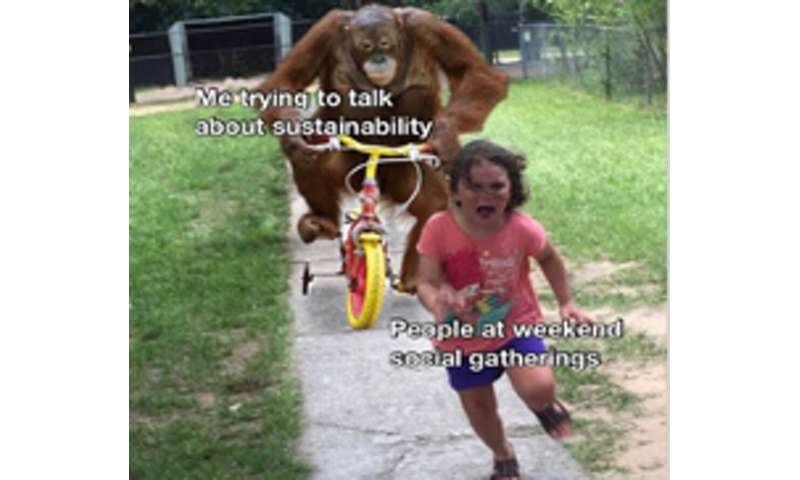 Many memes show that individuals feel disempowered and lacking control over the climate crisis, speaking to a loss of environmental mastery. Others convey the idea that individuals have no long-term goals as a result of the doubts and uncertainties they have about the future. The notion of death is very present.

Memes also reveal a form of frustration with individuals’ interpersonal relationships. This frustration is partly due people they are close to not sharing their environmental concerns. Some emphasize their unwillingness to make compromises to adjust to the expectations of people in their social network.

Our research highlights the social consequences of environmental problems in terms of in-groups and out-groups. Environmental concerns emerge as an important way to categorize other people and to define users’ social identity.

Several memes represent antagonism between the individual’s state of mind and tue perspectives of others, including friends, co-workers and family members. These memes typically contain a hint of self-mockery as the individual is usually depicted as hysterical and obsessed with environmental issues while everyone else ignores them or perceives them a crazy person.

At the same time, creating and sharing this type of content suggests that these users are eager to claim their difference and might even feel proud of being more aware than everyone else.

Other memes highlight distinctions between social classes—pointing at the responsibility of “the rich capitalists” and “oil billionaires”—or in terms of a generational gap, typically pitting Generation Z against “boomers.”

With eco-anxiety, as with much else, humor can be a coping mechanism—a way for people to process a dramatic situation.

Along with humor, we also saw a recurring use of anthropomorphic representations of the earth in many memes. The tendency to project human-like characteristics onto nature is a well-known phenomenon: we commonly use metaphorical expressions such as “mother nature” and we give human names to tropical storms.

In line with psychological research, we believe anthropomorphism helps to reduce the complexity of climate change, thus alleviating the discomfort we experience when faced with abstract and uncertain situations.

What can we do about eco-anxiety?

A debate is emerging among mental health professionals regarding the nature of eco-anxiety. Is it a condition, in the clinical sense? Should it be treated? If so, how?

Whether it is considered as an illness or not, eco-anxiety affects people’s well-being, and a growing number of individuals are experiencing it. Yet mental health professionals often feel unequipped to handle this particular type of distress.

Intervention policies should focus on developing treatments and providing psychotherapists with the necessary knowledge to handle the increasing number of individuals seeking help for eco-anxiety.

Another level of intervention pertains to the direct triggers of eco-anxiety, in particular exposure to threatening information about the environment. Environmental campaigns, in particular, often appeal to a sense of guilt or fear, contributing to feelings of helplessness.

Media outlets, politicians, NGOs, activists and corporations should think carefully about how they frame their communications about the environment. Information about climate change that is put forward with no solution offered will only increase people’s anxiety.