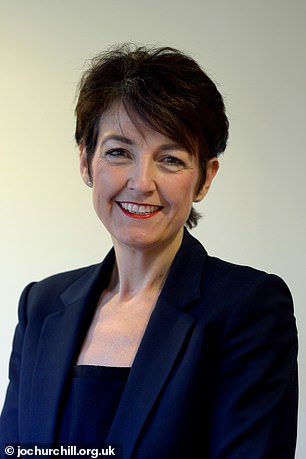 After receiving her second cancer diagnosis in her mid-40s, junior health minister Jo Churchill decided to plan for the worst

After receiving her second cancer diagnosis in her mid-40s, junior health minister Jo Churchill decided to plan for the worst.

Not knowing whether she would survive, she told her husband Peter when to call a halt to treatment, planned her funeral and wrote letters she would give to their four teenage daughters.

Then she told him that if she died, he should look for another wife — not just for him but for the sake of the girls.

‘I wanted him, if he found somebody to love, to love them and move on,’ she says. ‘As I told him: “You’re a useless bloke, there needs to be a woman around to help these girls choose a wedding dress if I’m not here.”

‘But he said he would never marry again … he couldn’t ever face that conversation.’

Now, 24 years after her diagnosis with thyroid cancer, and a decade since she was diagnosed with breast cancer, Jo, now 55 is still going strong and has been cancer-free for the best part of a decade.

It was her first cancer diagnosis, in 1995, that ‘lit a bonfire’ under her and drove her into politics to improve treatment for others. In 2015, she was elected Tory MP for Bury St Edmunds and this summer — after campaigning on cancer and other health issues from the backbenches — was appointed by Boris Johnson to the Department of Health.

The cancer struck when Jo was just 31. She felt run down and was diagnosed with an overactive thyroid. A biopsy revealed a cancerous tumour.

At the time, Jo and Peter already had two daughters. He worked for his family’s scaffolding business near Grimsby and Jo was the firm’s finance director.

‘It was horrendous,’ she recalls. ‘I remember I went to my GP and he said the hospital had called me back in. He told me I had to prepare myself.

‘As a cancer patient, it’s an emotional tsunami. You don’t ask for cancer: it finds you and it’s frightening.’ 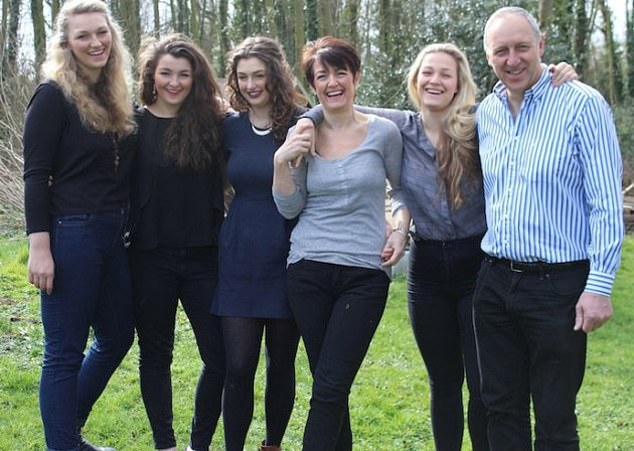 It was her first cancer diagnosis, in 1995, that ‘lit a bonfire’ under her and drove her into politics to improve treatment for others. Pictured is Ms Churchill with her family

The operation to remove most of her thyroid was a success. She then had to take daily thyroxine, a synthetic version of the hormone normally made by the thyroid which helps to control, among other things, metabolism and body temperature.

When Jo got the all-clear, the couple decided they’d ‘have a go’ at a third child, thinking it might be a boy. It wasn’t.

‘I said just one more and maybe it would be a boy — and my husband gave me twin girls! We couldn’t even fit two cots in the third bedroom; but we survived, as any family with four kids under five survives.’

A couple of years passed and Jo remained healthy. The family moved to Grantham and she studied for a business and psychology degree, and later a masters.

Then, ten years ago, in 2009, came the second thunderbolt when Jo was diagnosed with breast cancer.

‘I’d lost a bit of weight and I was having a bath or a shower and I thought “That feels a bit odd”,’ Jo recalls.

A scan revealed a tumour in her right breast, close to the chest wall. A ‘second primary’, it was unrelated to the thyroid cancer. This diagnosis was much harder, says Jo, especially for her husband.

‘Most men like to sort things out, solve problems. If it’s a wall that needs building, you dig the hole and build the wall. But he felt he couldn’t do anything to help me.’

‘It sounds harder when your children are one and two, but it wasn’t. I remember one of the twins going down to the lounge and just sobbing.

‘You do your own crying in the night largely, and — as a mum — you keep a brave face on it.’

Jo laughs and smiles easily, but the tears are coming now. ‘This is hard — I didn’t think it would be this hard,’ she says, as she recalls this time.

‘As a wife and a mother you’d do anything to stop your family hurting, but not telling them the truth doesn’t help in my view.

‘It was important to me I was honest. I told my girls I had cancer and I told them I didn’t know where we would go from there.

‘I couldn’t tell where I was going. I spoke to my husband about letters I wrote to my children about how I wanted to die. I didn’t want treatment beyond a certain point if that became part of it.’

Peter didn’t want to confront the prospect of his wife dying.

Weeks later, she had surgery but the surgeon didn’t take enough ‘clearance’ tissue around the tumour and she had to have a second operation.

Several months of radiotherapy followed, with Jo continuing to work. She says she had no choice.

‘I carried on working throughout, because you can’t get insurance for cancer once you’ve had cancer. I had to carry on working for financial reasons.

‘I cannot explain how tired I felt. At dinner parties, I could fall asleep into the food.’

Friends rallied around, leaving family meals or cake to help out.

A year later, in 2010, Jo thought she was in the clear but then doctors found pre-cancerous tumours in her left breast and she needed another operation.

‘By that point I was ready to nut people,’ she confesses.

After such an ordeal, she would have been forgiven for wanting a quiet life. Instead, she decided she wanted to improve the system she had seen first-hand.

She was angry, she admits, about the cards she had been dealt and started to channel the fury into health campaigning.

After joining a cancer charity and a local health and well-being board, she wanted to do more.

‘I thought, “I’ll see how you get to be one of these MPs”,’ she says. ‘The primary reason I came to Parliament was because of the cancers. I had the all-clear prior to me being selected as an MP back in 2014.’

Now she’s inside the machine, she’s got a lengthy to-do list.

She wants to help harness patient data to improve early diagnosis and treatment, with huge increases in screening to help improve survival rates.

Screening a whole population is a controversial area in medicine but Jo stresses: ‘We always have to be one step ahead of this disease.’

She says everyone should check themselves — women their breasts and men what she euphemistically calls their ‘mates’.

She also wants more cancer clinical nurse specialists, recalling a nurse who sat with her ‘through the night’ and ‘gave me some faith that it was going to be OK’.

‘I used to look out of the window at the seagulls and think who’s going to look after my kids?

‘That nurse did that one special thing and took time, which is hugely important when you’re frightened.’

JO wants more radiographers, too. And she’s not afraid to challenge the public to change their diet and lifestyle.

‘Obesity is such a precursor to a lot of the cancers, and for me it is a big win if we can get people looking out for their health,’ she says.

‘I would never say to someone don’t have a drink. But if you want to give yourself better life chances, then look after yourself.

‘I don’t think that’s nannying. We’re pumping another £33.9 billion into the NHS over the next five years but people have to do their bit.’

The cancer has, however, led to few of her own lifestyle changes.

‘I have always tried to keep fit. My oncologists have said watch your weight, stay healthy and it can mean cancer is up to half as likely to return,’ she says.

‘I eat most things and I like a glass of wine occasionally but it’s all about moderation.’

It’s clear that Jo is determined to find the positives in what happened to her — after all, some patients she met during treatment aren’t here any more.

‘It gives you some resilience and I am really lucky,’ she says. ‘I’ve been doubly lucky to have a strong marriage.

‘I have had cancer twice, and I’ve lived beyond it twice. I’m possibly the luckiest woman on Earth.’ 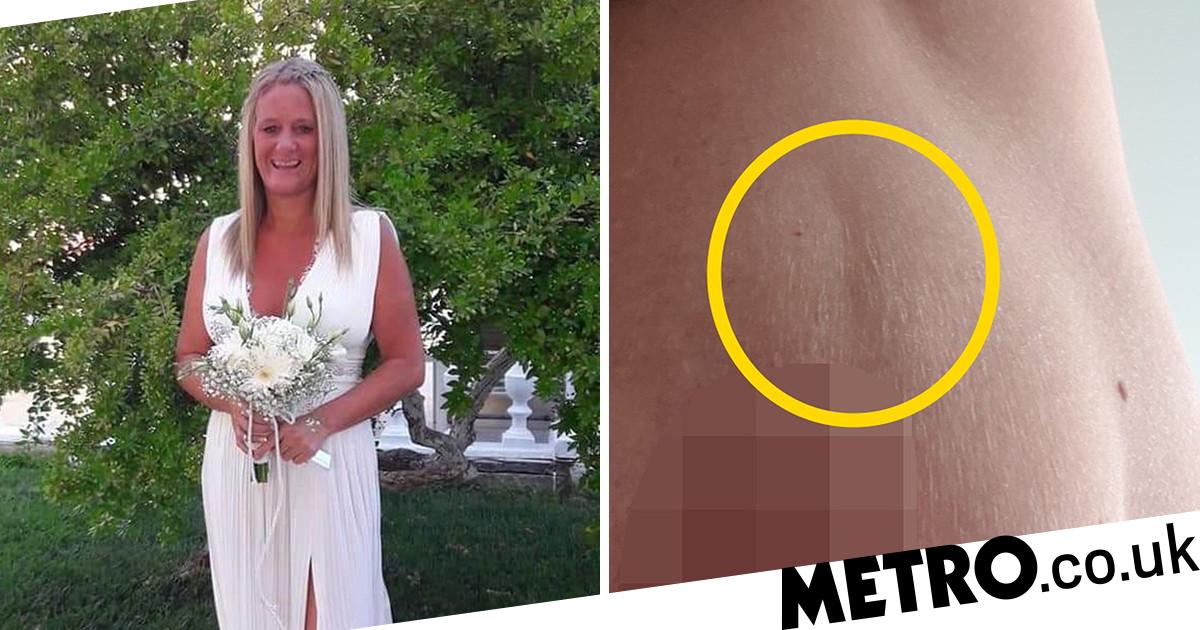 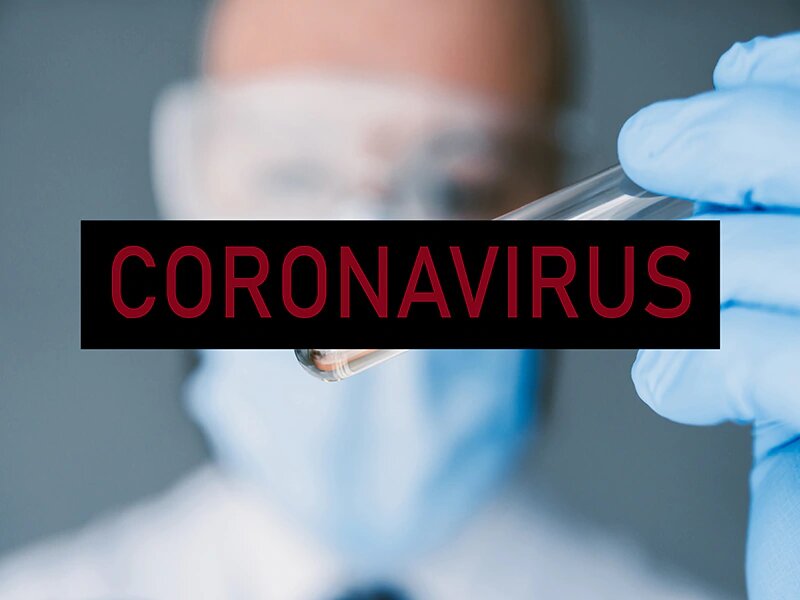 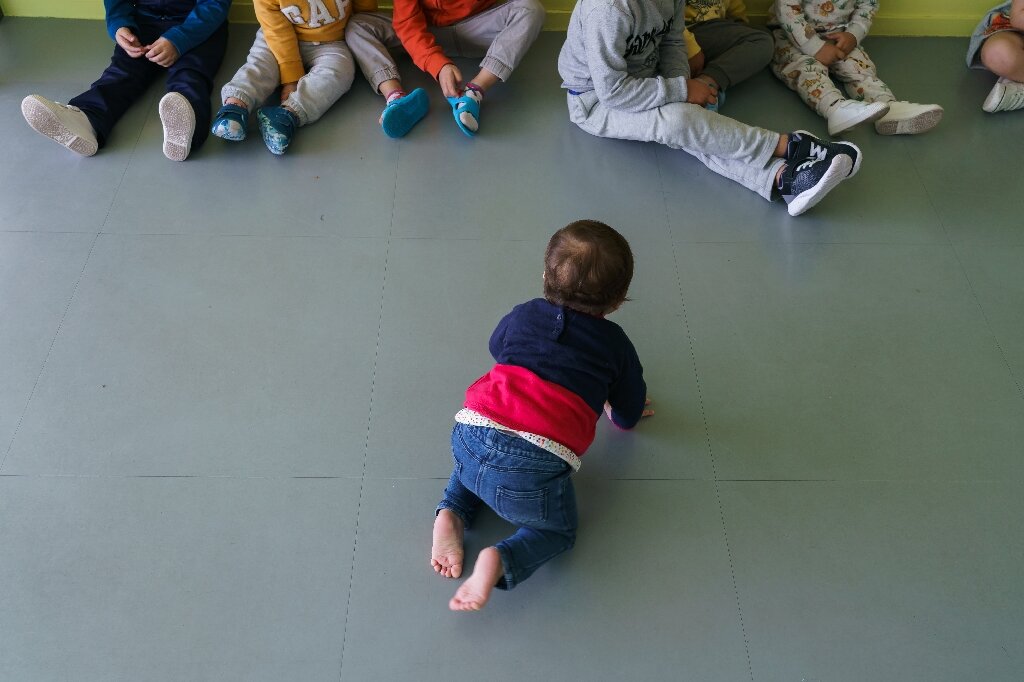