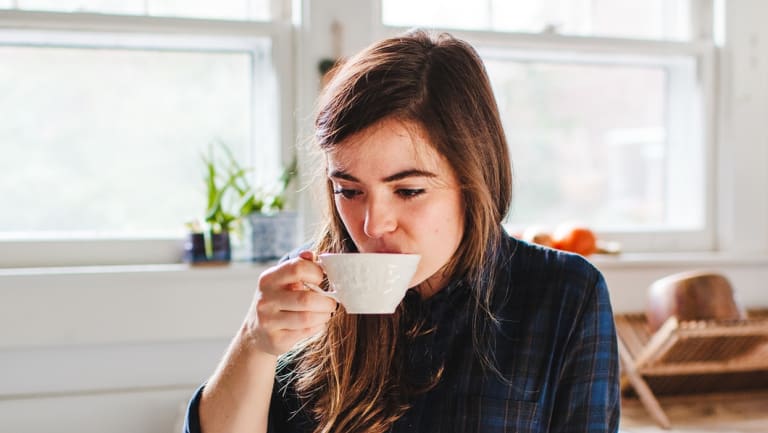 John Strachan’s career began as a chef. Several years ago, as outer sector manager for residential centres that house people with severe mental illness in Adelaide, he saw a gaping hole in their health care team: there were no nutrition professionals.

Residents tended to subsist on take-away food, and some drank two litres of softdrink a day. This, despite research which indicates that people with severe mental illness also suffer high rates of chronic diseases like diabetes, obesity and heart disease.

The lives of people with severe mental illness are cut short up to 32 years earlier than average due to poor health. This state of affairs was described in 2011 as a “scandal … that contravenes international conventions for the ‘right to health’.”

Anti-psychotic medications contribute to metabolic derangements. They can increase appetite and sugar cravings. meanwhile,  lifestyle factors like smoking, inactivity and poor diet also play a major role, and are related to the disadvantage and poverty experienced by many with severe mental illness.

So Strachan joined forces with researchers from the University of South Australia to launch a program of nutrition education and cooking workshops in the Trevor Parry Centre at Noarlunga, within the Local Southern Adelaide Health Network.

The pilot program was a resounding success, as published recently in Health Promotion International – even winning a 2013 South Australian Health Award.

Resident Justin Nickolas told the SA health awards team, “I’ve learned to cut out certain meats and replace it with vegies”. And Julie Baker enjoyed the social interactions. “I actually never thought I’d be able to work in a team.”

Cooking workshops were the centre’s most popular activity. But the program came to an end, suffering lack of ongoing funds.

Five years ago, he says the mental health team noticed that young people with first episode psychosis experienced rapid weight gain and high cholesterol and blood sugar after being prescribed antipsychotics. And they did something about it.

In one of his first cooking classes, Teasdale recalls that when it came to washing their own bowls, a young man said he didn’t know how. He says that was “a bit of an eye-opener – some people just don’t have the skills, don’t have the knowledge, and they need the support.

“And years later, this man can now essentially lead the group, so he’s come a long way.”

Another participant, Teasdale reports, has “gone from never having any vegetables to making sure they have vegetables every night.” The same person used to drink three litres of Coke every day and now drinks none.

They also make friends at the workshops. Teasdale says that although “it’s so important to build their confidence and skills in cooking, they’re also getting really good social benefits out of it.”

Meanwhile in Melbourne, Miriam Schaeffer, psychiatrist at Orygen Youth Health, has felt helpless watching the impact of antipsychotic medications, lack of movement and poor diet on her in-patients. She says they are offered dessert for lunch and dinner and sugary cereals for breakfast, and is “frustrated at watching patients wolf down three chocolate muffins for morning tea.

“We as clinicians are fully aware of the risks related to a poor diet including metabolic syndrome, and we have become much better in identifying people at risk. However, it is less clear what to offer to patients after informing them of this risk.

“Lifestyle changes are difficult at the best of times and don't become any easier to tackle after being diagnosed with the onset or relapse of a severe mental health problem.”

Her team is now consulting with Orygen researchers and the Food & Mood Centre at Deakin University to make changes. Their plans include workshops to teach cooking skills and substitute hospital meals. Ultimately, she says, “we would like to offer the group to our outpatients so people at any stage in their recovery can come along, cook and learn.” But to keep it going, they will need more money.

Leonie Segal, professor of health economics at the University of South Australia, thinks improving the diets of people with mental illness is “one of the best investments society can make for our health.” She notes that recent interventions “have been highly successful in changing behaviours, tend to be relatively inexpensive, have no negative side effects and often carry social benefits.”

Dr Simon Rosenbaum from the University of New South Wales and colleagues wrote last year, “Addressing the burden of poor physical health among people with mental illness is no longer a knowledge gap, rather it is a failure of implementation.”

And it’s not just about physical health. The brain needs essential nutrients to work well. Poor diet and other lifestyle habits can cause chronic inflammation and upset the balance of friendly gut bacteria, both of which impact brain function and mental health.

As Schaeffer says, “With mounting evidence that a healthy diet is not just relevant for physical health but also for mental health, this becomes an even more urgent question we need to address.”