Omicron, the latest SARS-CoV-2 variant of concern, has caused global alarm since being identified in South Africa. The variant has more than 50 mutations. People with impaired immunity take longer to clear a SARS-CoV-2 infection, giving the virus more opportunity to mutate. Medical News Today investigated whether the high incidence of HIV in southern Africa might have provided the conditions needed for Omicron to evolve. 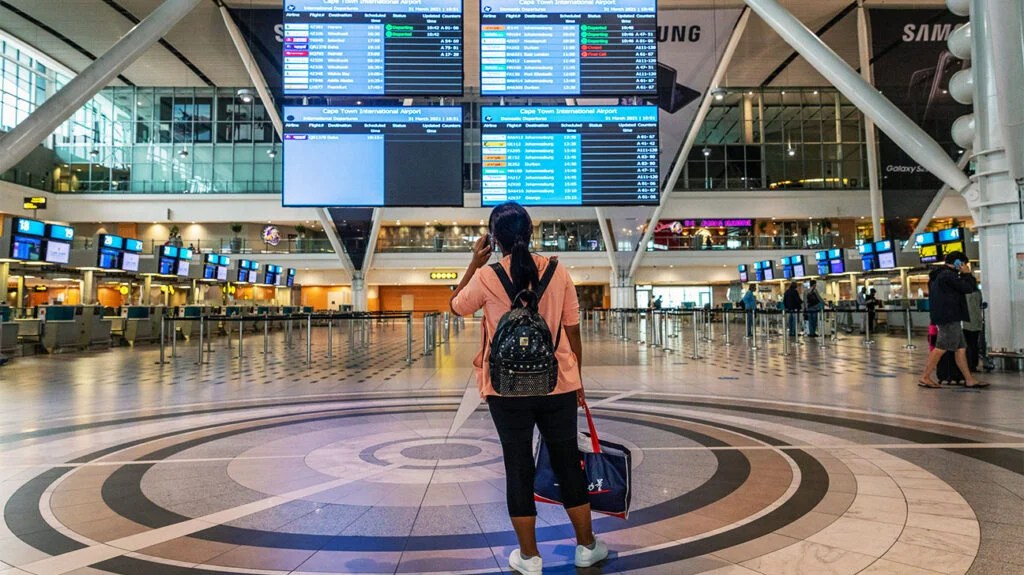 It is becoming a familiar scenario — just as countries start to believe they might be getting COVID-19 under control, along comes another variant of concern.

The latest SARS-CoV-2 variant, Omicron, which health experts identified in South Africa on November 24, has now been found in many other countries.

Evidence is growing that the variant may have been around for longer. And although it was identified in South Africa, it could have evolved elsewhere.

Omicron has more than 50 mutations, of which at least 30 are in the spike protein that the virus uses to gain entry to host cells. These mutations may affect how the variant behaves, spreads, and the severity of the disease it causes.

Although SARS-CoV-2 mutates at a slower rate than other viruses, such as HIV and influenza, scientists have detected some 200 variants globally since experts first identified the virus. Of these, only a few have been designated variants of concern.

The World Health Organization (WHO) designated Omicron, or B.1.1.529, a variant of concern on November 26, joining Delta, Alpha, Beta, and Gamma. The number of mutations was the factor causing concern. So how did the virus mutate so much?

Research has shown that in people who are immunosuppressed, or immunocompromised, the SARS-CoV-2 virus persists for much longer than in those with fully functioning immune systems.

The longer the virus is in a person, the more time and opportunity it has to mutate. Some virologists believe that variants of concern first arose in immunocompromised hosts.

One theory gaining ground is that the high levels of HIV in South Africa might have provided an ideal environment for the variant to evolve.

“The high prevalence of HIV in South Africa may have contributed to the evolution of the Omicron variant.” Dr. Kemp told Medical News Today. “However,” he added, “it is important to emphasize that HIV is not the only disease [that] can cause immunosuppression in individuals.”

According to UNAIDS, in South Africa in 2020, almost 1 in 5 of those aged 15–45 years were HIV positive. Of these, just under 70% are on antiretroviral therapy, which restores the functioning of the immune system.

“People living with HIV who control their virus are immunocompetent and are able to clear the virus like the rest of us,” Dr. Kemp commented.

However, this does leave a large number of people with suppressed immunity due to HIV. Could they be a reservoir for viral mutations?

Dr. Moritz Gerstung, Group Leader at the Computational Cancer Biology of the EMBL-European Bioinformatics Institute, believes this to be the case: “The regional emergence of several SARS-CoV-2 variants with long branches and concerning mutations in southern Africa suggests that its HIV epidemic is a driving factor.”

Although scientists know little about the severity of Omicron, no deaths have, so far, been linked to the variant. Some experts suggest that it may cause milder COVID-19 symptoms than previous variants, although it is too early to tell.

There is also the question of whether vaccines will be effective against the new variant.

“Mutations found in the Delta and Omicron variants have been shown to partially evade immunity granted by existing vaccines, but they still afford high protection and result in far fewer ventilations and deaths.”

Until more is known, experts advise vaccination, mask wearing, physical distancing, and ventilation to reduce the likelihood of infection, particularly for those with impaired immunity.

While Omicron dominates the headlines, the Delta variant, against which vaccines are effective, is still responsible for most infections and deaths from COVID-19 globally.

Whether HIV contributed to the development of Omicron or not, experts widely believe that uneven vaccination rollout worldwide contributes to the evolution of SARS-CoV-2 variants.

“There is a lack of vaccines available to African and lower income countries,” Dr. Kemp said. “Unvaccinated populations do provide reservoirs for viruses to mutate and multiply.”

A recent Nature editorial stressed the importance of tackling HIV and COVID-19 together. Unless COVID-19 vaccines are made available to nations with high rates of uncontrolled HIV, the likelihood of new coronavirus variants evolving in these countries is greatly increased.

As the United Nations High Commissioner for Refugees warned earlier this year: “No one is safe until everyone is safe.”