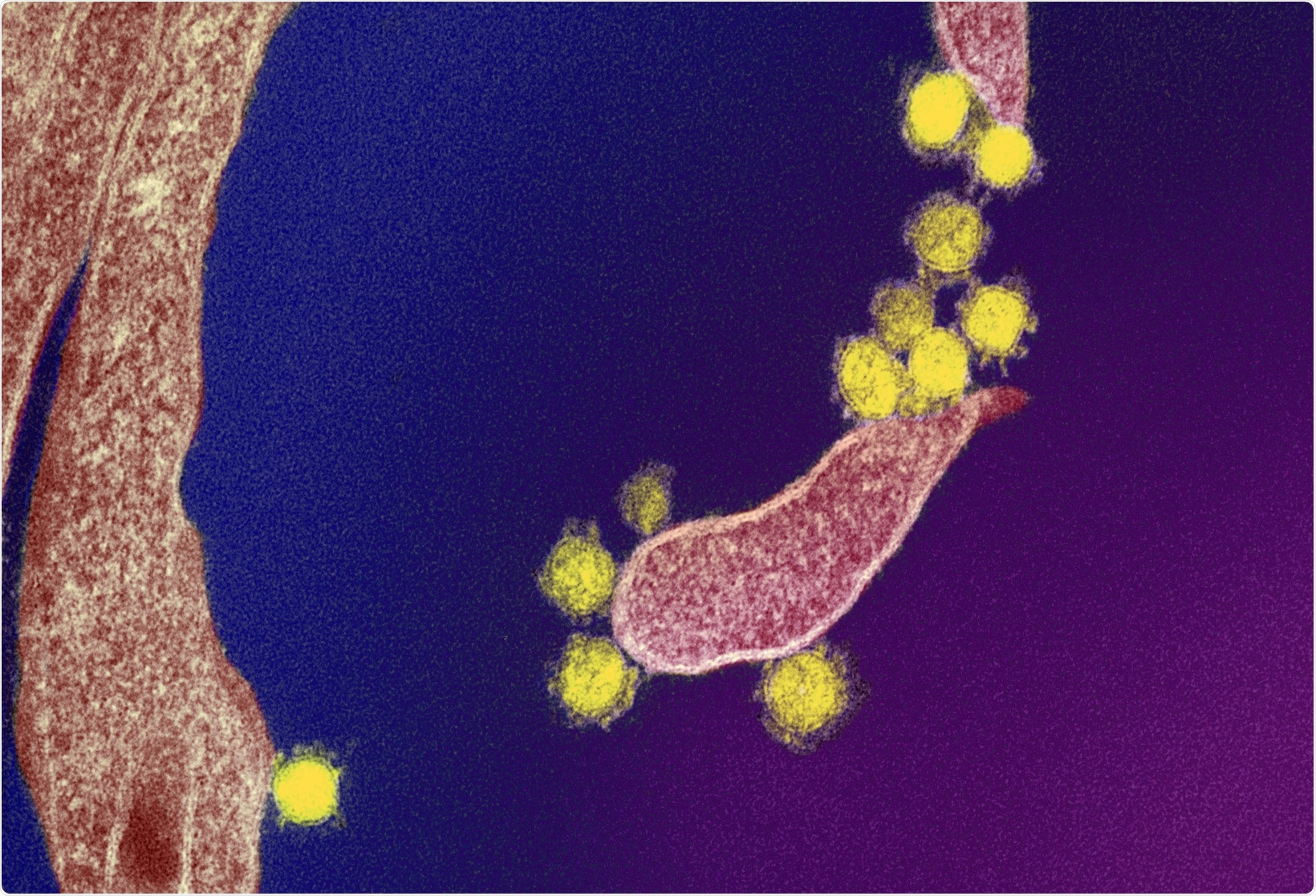 Study: Inflection in prevalence of SARS-CoV-2 infections missing the N501Y mutation as a marker of rapid Delta (B.1.617.2) lineage expansion in Ontario, Canada. Image Credit: NIAID

While efforts are underway to halt the spread of SARS-CoV-2, emerging viral variants displaying increased transmissibility or virulence may hamper the efforts to efficiently lessen the burden of pandemic coronavirus disease 2019 (COVID-19).

Recently, a Delta lineage (B.1.617.2) was involved in a devastating COVID-19 surge in India and increased rates in the United Kingdom. This specific Delta variant lacks the N501Y mutation (which is characteristically present in Alpha, Beta, and Gamma variants), and there is also a lack of the vaccine escape mutation E484K (which is found in Beta and Gamma variants).

In this new study, a research group led by Dr. Kevin A. Brown from Public Health Ontario (Canada) used mutation profile information and whole-genome sequencing to describe the rapid expansion of the Delta lineage in Ontario during a period of increasing vaccination, as well as to appraise the relative transmissibility of the Delta variant.

In this study, all confirmed SARS-CoV-2 cases reported to Public Health Ontario in the period between April 1 and June 12, 2021 (with cycle threshold values less than 35) were considered eligible for N501Y the E484K mutation screening.

Furthermore, the researchers have modeled the daily count of mutation profiles using a count quasi-Poisson regression, which resulted in estimates of daily growth and daily proportion of N501Y-/E484K- isolates. Daily growth has been subsequently translated to a reproduction number by assuming a generation interval of 5.2 days.

Since initial confirmed cases of Delta variant in Ontario have been concentrated in the Brampton municipality, the scientists have also stratified analyses across the three largest municipalities in the Greater Toronto Area. To estimate the proportion of Delta variants accurately, confirmatory whole-genome sequencing was carried out.

Consequently, from a 29% transmission deficit compared to the Alpha variant on April 1, N501Y-/E484K- turned the table to a 50% transmission advantage on June 12. April 28 was identified as the date when the increasing trend began to occur, especially in Brampton.

Moreover, whole-genome sequencing on N501Y-/E484K- samples across Ontario verified an increase in the proportion of Delta variants (from 2.2% before April 4 to 83% in the last week of May). In any case, the increasing pattern is seen by following the relative reproduction number actually coincides with the replacement of the wild-type variant with the Delta one.

Proportion of SARS-CoV-2 cases with the N501Y-/E484K- mutation profile in Ontario (left panel). We observed an inflection from a rapid decrease in the proportion of N501Y-/E484K- lineages to a rapid increase on April 28. At the end of the study period on June 12th, N501Y-/E484K- profile cases represented 34% of SARS-CoV2 cases in Ontario. SARS-CoV-2 cases in the municipality of Brampton (Figure 2B) experienced this change first (April 17) followed by Mississauga (April 24) and then Toronto (May 7).

In short, this study accurately pinpointed a rapid increase in the proportion of SARS-CoV-2 cases characterized by the N501Y-/E484K- mutation profile in Ontario, showing that Delta can rapidly overtake the Alpha variant and is 50% more transmissible.

“Our analyses are consistent with estimates of a 64% secondary attack rate advantage over the Alpha lineage from the United Kingdom”, say study authors in this medRxiv paper. “Limitations include potentially non-representative sampling for whole-genome sequencing,” they caution.

Countries that were once dominated by Alpha, Beta or Gamma lineages may see the change in the proportion of cases missing the N501Y mutation from rapidly decreasing to increasing. Delta lineage expansion should be viewed as an early warning sign and must be considered when developing a persistent public health strategy.

medRxiv publishes preliminary scientific reports that are not peer-reviewed and, therefore, should not be regarded as conclusive, guide clinical practice/health-related behavior, or treated as established information.

Dr. Tomislav Meštrović is a medical doctor (MD) with a Ph.D. in biomedical and health sciences, specialist in the field of clinical microbiology, and an Assistant Professor at Croatia's youngest university – University North. In addition to his interest in clinical, research and lecturing activities, his immense passion for medical writing and scientific communication goes back to his student days. He enjoys contributing back to the community. In his spare time, Tomislav is a movie buff and an avid traveler.