Six German winery workers were struck down with rabbit fever after they unknowingly drank grapes pressed with an infected mouse.

All of the workers – two women and four men – became ill, complaining of a fever, difficulty swallowing and diarrhoea.

Doctors were baffled when tests showed the workers tested positive for tularemia, caused by the Francisella turlarensis bacteria.

None had been bitten by ticks, had hunted or eaten infected animals – all of which are risk factors for the rare condition. 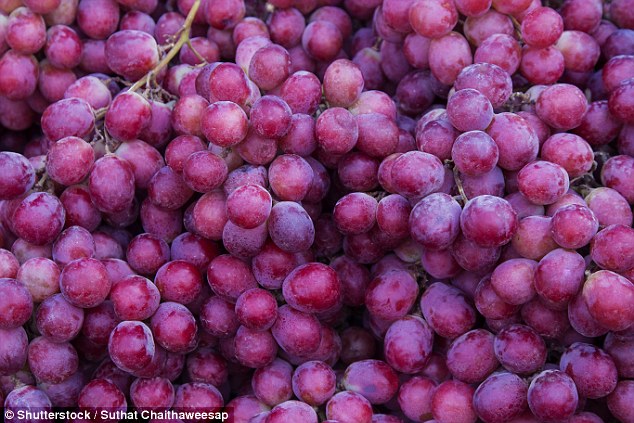 Dr Philipp Zanger, author of the investigation, said: ‘To our knowledge, [this] is the first outbreak of tularemia linked to grape must’

Health officials in Rhineland-Palatinate began searching the entire premises of the winery to try and work out the source of the infection.

They discovered the poorly workers had consumed grape must – freshly crushed juice that contains the skins, seeds and stems.

Doctors further revealed the harvesters were significantly more likely to have had juice from a batch of grapes collected by machine.

Traces of F. turlarensis were found in the unfinished wine made from grape must, according to the report of cases, which happened in October 2016.

And a further inspection of the wine in preparation by officials showed it contained small traces of wood mice.

Tularemia, also known as ‘rabbit fever’, is a disease of animals and humans caused by Francisella turlarensis bacteria.

It is not just rabbits that can carry the bug, as hares and other rodents are equally susceptible.

Humans can become infected through several routes, including tick and deer fly bites, according to the CDC.

Although tularemia can be life-threatening, most infections can be treated successfully with antibiotics.

The vintner, whose identity was also withheld, confirmed the ‘occasional presence’ of rodents in the mechanically collected grapes.

Doctors at University Hospitals in Heidelberg published the case report in the New England Journal of Medicine.

It read: ‘This outbreak suggests that mechanical harvesting can be a risk factor for the transmission of zoonoses [diseases from animals] such as tularemia.’

Dr Philipp Zanger, author of the investigation, said: ‘To our knowledge, [this] is the first outbreak of tularemia linked to grape must.’

Dr Zanger is also an epidemiologist at the Federal State Agency for Consumer and Health Protection in the southwestern region of Germany, LiveScience reports.

The investigation was approved by Government groups, the Robert Koch Institute in Berlin and the Landesuntersuchungsamt Rheinland-Pfalz.

All of the contaminated products were confiscated and their sale was prohibited by local authorities, the report added.