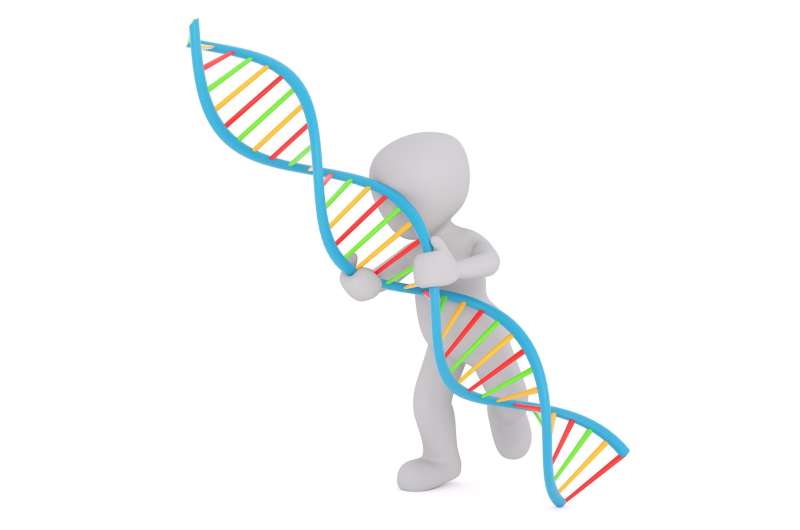 Researchers at the National Institutes of Health (NIH) have devised a four-part small-molecule cocktail that can protect stem cells called induced pluripotent stem cells (iPSCs) from stress and maintain normal stem cell structure and function. The researchers suggest that the cocktail could enhance the potential therapeutic uses of stem cells, ranging from treating diseases and conditions—such as diabetes, Parkinson’s disease and spinal cord injury—to genome editing.

Human pluripotent stem cells are cells that, in theory, can grow forever and serve as an inexhaustible source for specialized cells, such as brain, kidney and heart cells. But stem cells are sensitive, and their potential uses in medicine are hampered by the stress of growing in a cell culture dish, which can damage their DNA and lead to cell death.

In a series of experiments, scientists led by Ilyas Singeç, M.D., Ph.D., director of the Stem Cell Translation Laboratory at NIH’s National Center for Advancing Translational Sciences (NCATS), used high-throughput screening to systematically test thousands of compounds and drugs to identify a unique combination that greatly improved stem cell survival and reduced cell culture stress. Singeç and his co-investigators described how they developed the cocktail, called CEPT, and its potential applications May 3 in Nature Methods.

“The small-molecule cocktail is safeguarding cells and making stem cell use more predictable and efficient. In preventing cellular stress and DNA damage that typically occur, we’re avoiding cell death and improving the quality of surviving cells,” said Singeç. “The cocktail will become a broadly used staple of the stem cell field and boost stem cell applications in both research and the clinic.”

iPSCs are derived from reprogrammed skin or blood cells. To improve their survival in culture, Singeç and his team initially tested more than 15,000 U.S. Food and Drug Administration-approved drugs and investigational small-molecule compounds from NCATS’ collections. Among the 20 drugs and compounds that could inhibit the activity of ROCK, a type of kinase enzyme that is involved in stem cell stress, they found that the compound Chroman 1 was more potent than the widely used compound Y 27632 in improving cell survival.

To further improve cell survival, Singeç and his colleagues used NCATS’ matrix drug screening capabilities to look for potential synergies between Chroman 1 and other drugs and compounds. Matrix drug screening enables investigators to study the effects of drug combinations and determine possible mechanisms by which these drugs act. The researchers identified an investigational drug, Emricasan, that, when combined with Chroman 1, could provide additional support to improve stem cell viability.

According to Singeç, an important effort in stem cell biology is an experimental process called single-cell cloning. Although culturing stem cells in large groups is easier, single-cell cloning—culturing one cell at a time in a tiny well of a cell culture plate—is very stressful to cells and inefficient. The process has critical applications in gene editing and establishing cell lines, which are cell cultures developed from a single cell.

In its initial screening work, the team tested the protective effects of drugs and compounds on 500 stem cells at a time in plate wells. To mimic the cell stress seen during single-cell cloning, the researchers then developed a new assay (test) to allow them to examine the effects of more than 7,500 compounds on only 10 cells at a time.

This testing led to the identification of a third compound, trans-ISRIB, that enhanced cell survival, even when there were few cells in each plate. Additional experiments showed that a mixture of compounds called polyamines—in combination with Chroman 1, Emricasan and trans-ISRIB—proved best for single-cell cloning.

“Cells need to be cultured properly, and they have to be of good quality to go into patients,” said NCATS Acting Director Joni Rutter, Ph.D. “By finding new ways to protect stem cells from damage, these results could eventually have wide-ranging implications for many different diseases, including cancer, Alzheimer’s disease and more.”

The team carried out an array of experiments to test the usefulness of the cocktail. The researchers showed, for example, that CEPT improved the biobanking of stem cells, called cryopreservation, which involves freezing the cells and typically is very stressful for them. Cryopreservation is critical to bringing stem cells to the clinic, but significant numbers of cells are lost or damaged during the thawing process. The cocktail dramatically improved the process.

In another test, the researchers studied the use of the cocktail on iPSCs that already were differentiated into heart cells, motor neurons and other cell types. They found that these more differentiated cells treated with CEPT also were more viable and showed improved function. Singeç also noted potential uses for the cocktail in tissue engineering and the biomanufacturing of various cell types for regenerative medicine and drug development.