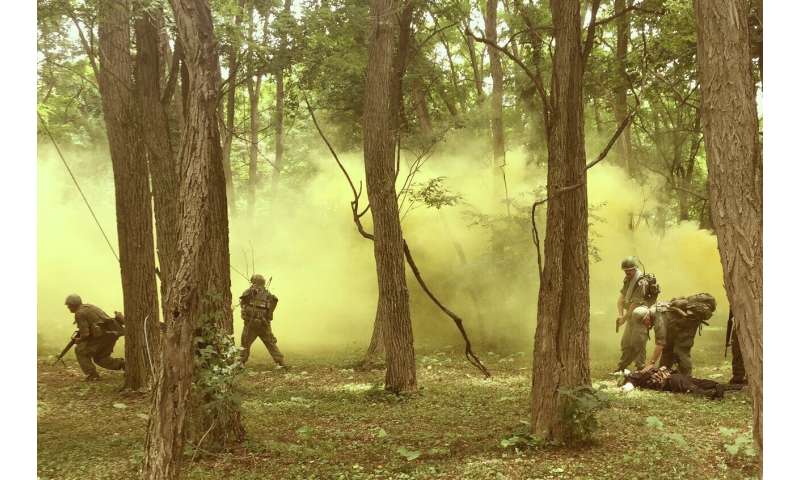 Post-traumatic stress disorder (PTSD) affects eight million adults in the US, including hundreds of thousands of veterans of the conflicts in Iraq and Afghanistan. And as the COVID crisis continues to take its toll on everyone’s mental health, PTSD symptoms are on the rise in the general population. But diagnosing PTSD is a time-consuming process, taking upwards of 30 minutes—too long for most clinical visits.

Published in the journal Assessment, the study finds that six of the 20 questions could be cut from the Structured Clinical Interview for the Diagnostic and Statistical Manual of Mental Disorders, fifth edition (SCID-5), while maintaining accuracy in a veteran population. The study also finds that different questions in the SCID-5 are more or less important for male or for female veterans.

However, a machine learning system is still no match for a human mental health provider, who can interpret test results and evaluate the complexities and nuances of what a patient is going through.

“Our study is only a first step—but an important one, because it shows that machine learning methods can be used to help inform efforts to make care more efficient, without sacrificing or degrading the quality of care provided,” says study co-author Dr. Jaimie Gradus, associate professor of epidemiology at BUSPH.

The researchers used data from the SCID-5 assessments of 1,265 veterans of the Afghanistan and Iraq conflicts, and a kind of machine learning system called “random forests” (made up of “forests” of decision trees). The random forests system learned how strongly different items in the diagnostic predicted a PTSD diagnosis. This allowed the researchers to identify which items had weak enough associations that they could be cut while still maintaining at least 90% accuracy.

For the 1,265 veterans in the sample—half of them male and half female—the researchers identified six items that could be cut: dissociative reactions; reckless or self-destructive behavior; irritable behavior and anger; hypervigilance; persistent inability to experience positive emotions; and exaggerated startle response.

For the male veterans, they identified four items that could be cut: inability to recall important aspects of a traumatic event; dissociative reactions; reckless or self-destructive behavior; and hypervigilance.

“This study demonstrates very clearly that the most efficient manner of diagnosing PTSD may differ for men and women. This finding is especially critical in a setting like VA, which serves a small but growing number of women veterans,” says study senior author Dr. Brian Marx, staff psychologist at the National Center for PTSD at the VA Boston Healthcare System and a professor of psychiatry at the BU School of Medicine.

Marx says the study has exciting implications for the future, at the VA and beyond. “Although we already have reliable and valid screening measures for PTSD that are used in VA healthcare and other settings, they are only capable of providing provisional diagnostic determinations, which require verification using gold standard clinical diagnostic interviews,” he says. “Our findings potentially pave a path from which we could eventually skip right to an abbreviated—but still gold standard—diagnostic interview that would accurately identify those with PTSD and get them into treatment as soon as possible.”