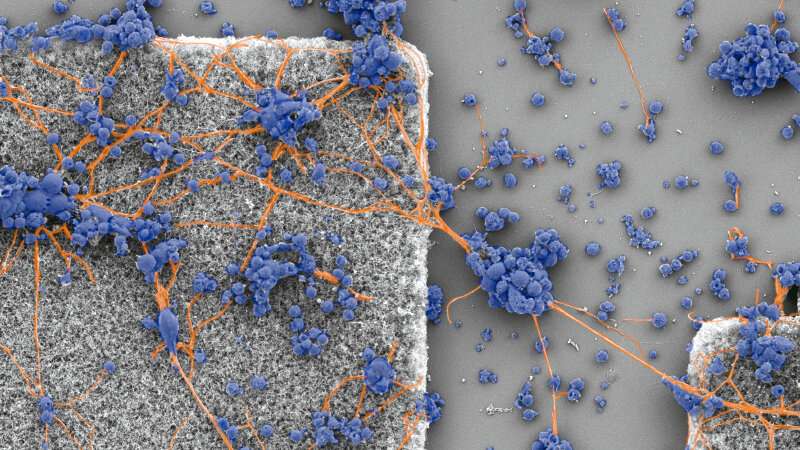 Using high-resolution imaging and 3-D computer modeling, a University of Oregon research team has found that the branching arms of neurons weave through space in a way that balances their need to connect to other neurons with the costs of doing so.

The discovery about how these dendrites behave came as Richard Taylor’s team sought to understand the fractal nature of neurons as part of a project to design fractal-inspired electrodes to connect with retinal neurons to address vision loss due to retinal diseases.

The research, detailed Jan. 27 in Scientific Reports, could be important, Taylor said, in creating electrodes with a welcoming runway for neuronal dendrites.

“The challenge in our research has been understanding how the neurons we want to target in the retina will connect to our electrodes,” said Taylor, a professor and head of the Department of Physics. “Essentially, we have to fool the neurons into thinking that the electrode is another neuron by making the two have the same fractal character.”

In the project, the UO team and collaborators at the University of Auckland and University of Canterbury in New Zealand used confocal microscopy, which provides an optically enhanced 3-D view that allows for precise measurements, to examine neurons from the hippocampal region of rat brains.

That revealed an intricate interplay of branches that weave through space at multiple size scales before connecting with other neurons. That, Taylor said, raised the question, why adopt such a complicated pattern?

With the help of UO postdoctoral researcher Saba Moslehi, doctoral students Julian H. Smith and Conor Rowland turned to 3-D modeling. They explored what happens when they manipulated the dendrites of more than 1,600 neurons into unnatural forms, straightening them or curling them up.

“By distorting their branches and looking at what happens, we were able to show that the fractal weaving of the natural branches is balancing the ability of neurons to connect with their neighbors to form natural electric circuits while balancing the construction and operating costs of the circuits,” Rowland said.

Using a fractal analysis known as the box-counting technique, the researchers assigned fractal dimensions, or D values, that assess the relative contributions of the coarse- and fine-scaled dendrites to a neuron’s fractal pattern.

These D values, Taylor said, will be useful in optimizing his team’s tiny electrodes for implanting at the back of eyes to stimulate retinal neurons.

“Our implants will have to accommodate the neurons’ weaving branches through careful selection of their D values,” said Taylor, a member of the UO’s Materials Science Institute. “Unlike building a straight runway so a pilot can land efficiently, our electrodes will need to act like a weaving runway so that the neurons can connect without changing their behavior.”

Nature’s fractals benefit from how they grow at multiple scales, said Taylor, who has long sought bioinspiration from fractals. While trees have the most-recognized form of fractal branching, this work, he said, highlights how neurons differ.

“Whereas the fractal character of trees originates predominantly from the distribution of branch sizes, the neurons also use the way their branches weave through space to generate their fractal character,” Taylor said.

Taylor, a Cottrell Scholar of the Research Council for Science Advancement, was granted a sweeping U.S. patent in 2015 for not only his development of artificial fractal-based implants related to vision but also to all such implants that link signaling activity with nerves for any purpose in animal and human biology.

Taylor’s team also raised the possibility that D values of neuronal networking may benefit research on brain-related diseases. For Alzheimer’s disease, Taylor said, they could be a measure for understanding declines in connectivity between neurons.