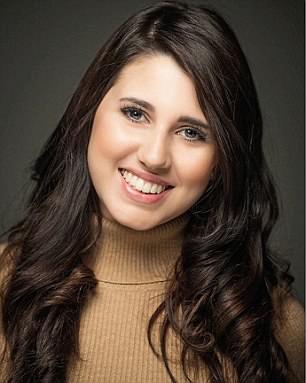 Survivor: Stroke Ellie Boakes, 24, has beaten the odds to regain her health and mobility

Walking down the aisle this summer as a bridesmaid at her brother’s wedding, a bouquet of flowers in her hands, will represent an extraordinary triumph for Ellie Boakes.

For two years ago, the 24-year-old gym receptionist, from Hildenborough in Kent, was told by a neurologist that she’d never walk again.

The devastating news came just a week after Ellie suffered a major stroke, putting paid to her dreams of a career in the police.

There are two main types of stroke. A haemorrhagic stroke is when a weakened blood vessel ruptures.

This is the type suffered by former Manchester United manager Sir Alex Ferguson; in his case, reportedly, a subarachnoid haemorrhage, a relatively rare type of stroke where the bleeding occurs on the surface of the brain. It accounts for around one in 20 of the 100,000 strokes in the UK each year.

The other more common type is an ischaemic stroke, which occurs as the result of a blockage, frequently a blood clot, that reduces or stops the flow of blood to the brain.

In Ellie’s case, the stroke occurred when the blood supply was accidentally cut off during brain surgery to treat her epilepsy. When she woke up she couldn’t move her left arm or leg.

‘There was no sensation there at all,’ recalls Ellie. ‘I also couldn’t see out of my left eye and my mouth drooped.’ These two symptoms disappeared within days, but then she was told she’d never walk again.

‘I burst into tears, but almost immediately I thought to myself: “Crying isn’t going to help.” I told myself I’d walk out of that hospital and I did — though it was perhaps more of a stagger.’ 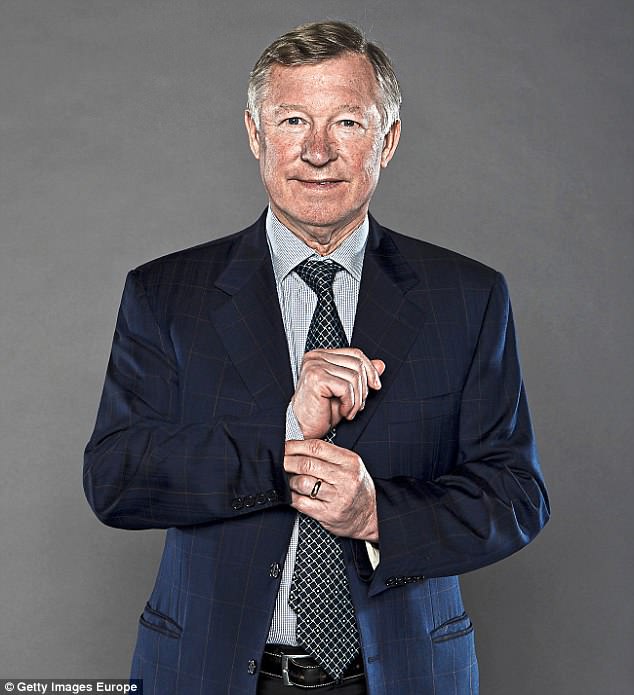 Sir Alex Ferguson: It”s believed the football manager suffered a haemorrhagic stroke, which is when a weakened blood vessel ruptures in the brain

It was, indeed, an achievement — not least as Ellie had just 45 minutes of physiotherapy, four times a week for the three months she was in rehabilitation, and ‘once I left hospital that was it.

‘I had three sessions of physio as home visits then I was on my own. I was dependent on my parents: Mum had to help me shower and get dressed. I could walk a few steps, but my left arm and hand were completely useless.’

The most common symptoms after a stroke are loss of sensation on one side and loss of speech.

While one in three patients recovers fully within days or weeks, the remainder leave hospital, as Ellie did, with a disability, often severe enough to rob them of an independent life, leaving them unable to walk, dress, bathe or even eat on their own.

It’s widely thought that recovery ‘plateaus’ within two or three months of having the stroke. In other words, if you’re not one of the lucky ones to recover quickly, you won’t return to a normal life. Yet the good news is that stroke rehabilitation therapy can bring about significant improvements for large numbers of people over a much longer period of time than previously realised, according to a series of authoritative Cochrane reviews since 2014. In other words, it’s never too late to start.

‘It’s a commonly held misconception that you can’t recover from stroke,’ says Marion Walker, professor of stroke rehabilitation at the University of Nottingham. 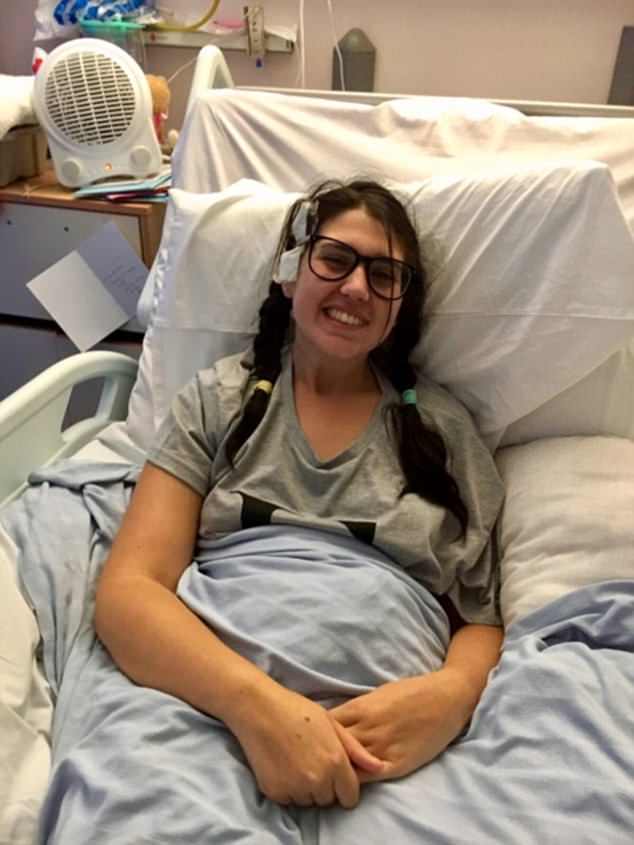 Working her way back to maximum health: Ellie has undergone strenuous physio to walk again

‘But recovery can happen over a much longer period than the usual rehab interventions, and patients must be reviewed regularly and given more rehabilitation if they are showing benefit of treatment.

‘I’ve supported many stroke survivors who had been told they would be left with lifelong disabilities and who defy expectations after receiving the right level of support. We have robust evidence that shows stroke rehabilitation therapy can help people to regain the skills of daily life.’

So what kind of rehab should patients get?

Under guidelines published by the National Institute for Health and Care Excellence in 2014, people with disability after stroke should receive rehabilitation in a specialist stroke unit under the care of a multi-disciplinary team including physiotherapists, occupational and speech therapists and clinical psychologists.

In 2016, the Royal College of Physicians went further: stroke patients with disability on being discharged from hospital should receive ‘at least 45 minutes of each appropriate therapy every day, at a frequency that enables them to meet their rehabilitation goals, and for as long as they are willing and capable of participating and showing measurable benefit’.

Yet data from the Sentinel Stroke National Audit Programme report for 2016 to 2017, which covers England, Wales and Northern Ireland, found that stroke survivors ‘only receive around a third’ of what is recommended.

Key to recovery, all agree, is high quality specialist treatment. Relatives, however committed, can’t fill in holes in expert provision. Even with short-term training in rehabilitation skills, research shows that relatives are not able to bring about significant improvements in their loved ones.

Ellie’s parents did everything they could to help. ‘They took early retirement. We would look up exercises on the internet and then try to do them,’ she recalls. 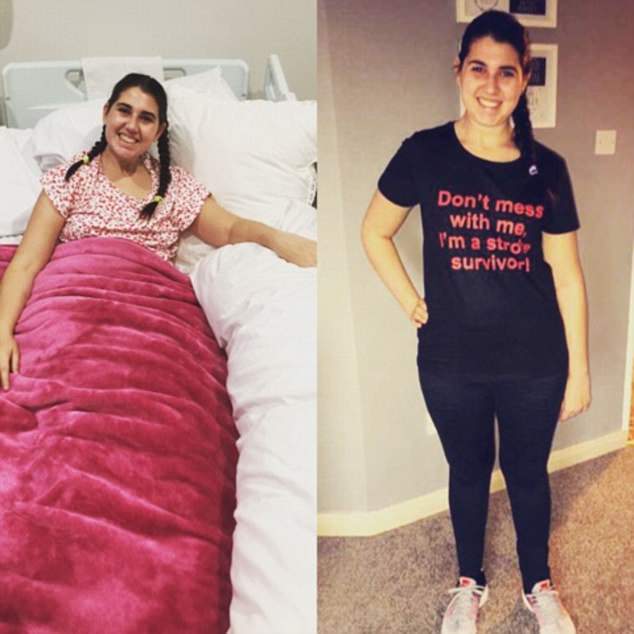 Defiant: Her inspirational journey is proof that private physio – and working upper-body strength – can make the recovery process more successful

But it was only when her parents, Jackie and Dave, made the decision 18 months ago to downsize their home and pay for private physiotherapy for one hour, five days a week, that Ellie began to make real progress.

Under instruction from the therapist, Ellie went on eBay to buy splints, plastic boots that support correct heel-to-toe ‘gait training’, an essential part of learning to walk again. These were never mentioned in her NHS rehabilitation.

Gradually, she became ‘confident’ on her feet. She’s now working on her upper body, something the NHS physio treatment didn’t address at all. A major focus is being able to hold a bouquet with equal strength in both hands at her brother’s wedding in August.

If relatives can’t help directly, should they, as Ellie’s did, pay to go private if they can? ‘We know some stroke survivors have resorted to this as they fear for their future,’ says Juliet Bouverie, chief executive of the Stroke Association. ‘But rehabilitation therapy is a necessity for recovery. It should not be a luxury available only to those who can afford it.’

In England, NHS England and the Stroke Association have written a National Stroke Plan, due out this year, which aims to ensure that within three years all stroke survivors have access to the kind of therapy Ellie’s parents paid for.

Ellie is setting up a support group for young stroke patients and is in touch with those in their 20s who are not getting rehabilitation and can’t face their lives.

‘I spoke to a young man last night who was very close to suicide,’ she says. ‘We need to let everyone — carers, patients and doctors — know that rehabilitation works. We need to be able to afford it.’