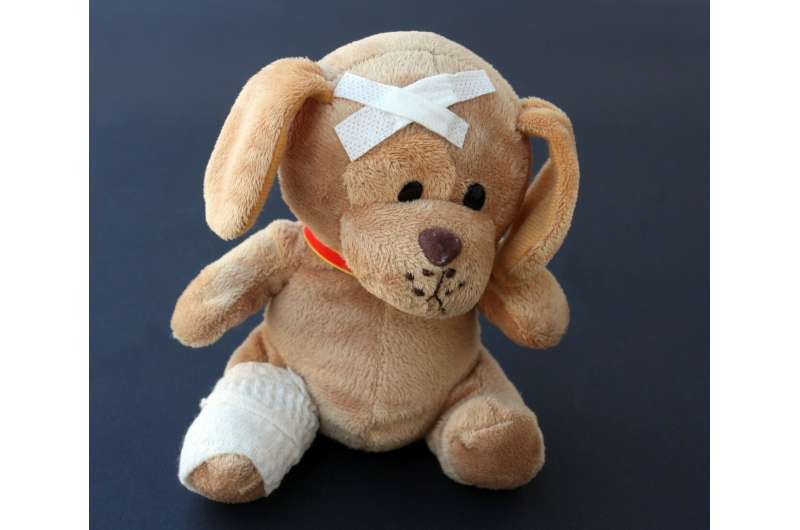 Orthopaedic researchers are one step closer to preventing life-long arm and leg deformities from childhood fractures that do not heal properly.

A new study led by the University of South Australia and published in the journal Bone, sheds light on the role that a protein plays in this process.

Lead author Dr. Michelle Su says that because children’s bones are still growing, an injury to the growth plate can lead to a limb in a shortened position, compared to the unaffected side.

“Cartilage tissue near the ends of long bones is known as the growth plate that is responsible for bone growth in children and, unfortunately, 30 percent of childhood and teen fractures involve this growth plate which is highly susceptible to injuries,” Dr. Su says.

Instead of the rubbery cartilage tissue regenerating, bone tissue lodges in and around the injury site, causing different limb lengths and angulations.

Researchers from Adelaide, Perth and Shanghai used a rat model to investigate the role of this protein called bone morphogenetic protein (BMP). Dr. Su says scientists are aware of the importance of BMP in bone development and normal bone fracture healing, but little is known about its role in growth plate repair.

The researchers found that levels of BMP were greater at the injured growth plate, and that inhibiting BMP suppressed growth plate bony repair and prevented degeneration of the surrounding uninjured region.

“This finding could be the first step in creating a biological treatment in place of correcting deformities by surgery, which can be complicated, extremely invasive and often ineffective,” Dr. Su says.

Surgery involves inserting pins, plates, wires or screws to correct the damaged limbs, with a long period of recovery, which is not 100 percent guaranteed.

“Further studies are needed to pinpoint the exact BMP members and other signaling components that are involved in causing the growth plate dysrepair,” she adds.

Falls account for close to half (46 percent) or around 30,000 hospitalized injury cases involving children every year in Australia, according to the Australian Institute of Health and Welfare.