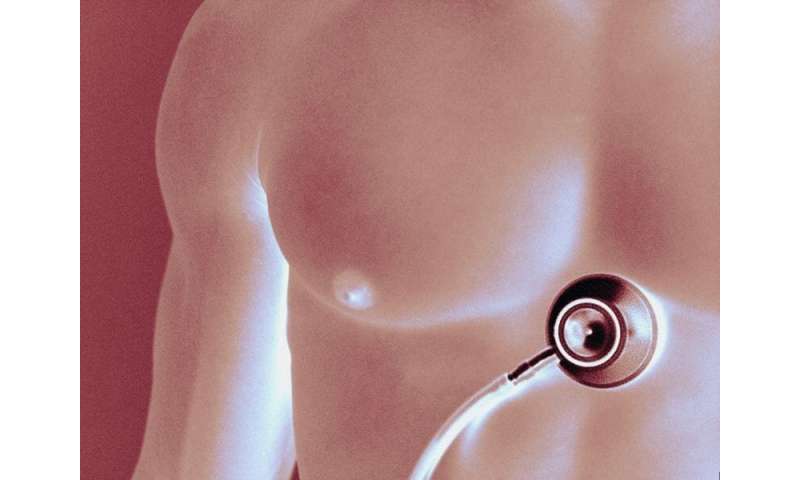 (HealthDay)—Persons living with HIV (PHIV) who are hospitalized with heart failure are at an increased risk for subsequent sudden cardiac death (SCD), according to a study published online Aug. 7 in JACC: Heart Failure.

Raza M. Alvi, M.D., from Massachusetts General Hospital in Boston, and colleagues retrospectively analyzed data from 2,578 patients hospitalized with heart failure from a single academic center; 344 of these patients were PHIV. The incidence of SCD was evaluated by viral load.

The researchers found that 86 percent of included patients did not have an implantable cardioverter defibrillator (ICD; 344 PHIV and 1,805 uninfected controls). The vast majority of PHIV with heart failure were prescribed antiretroviral therapy (91 percent), and 64 percent were virally suppressed. During a median follow-up of 19 months, there were 191 SCDs. PHIV had a threefold increase in SCD (21 versus 6.4 percent; adjusted odds ratio, 3.0) compared with controls. SCD predictors among PHIV included cocaine use, lower left ventricular ejection fraction, absence of beta-blocker prescription, lower CD4 count, and higher viral load. PHIV with an undetectable viral load had an SCD rate similar to that of HIV-uninfected individuals. The rate of SCD was 10 percent per year among PHIV with heart failure without a conventional indication for an ICD.