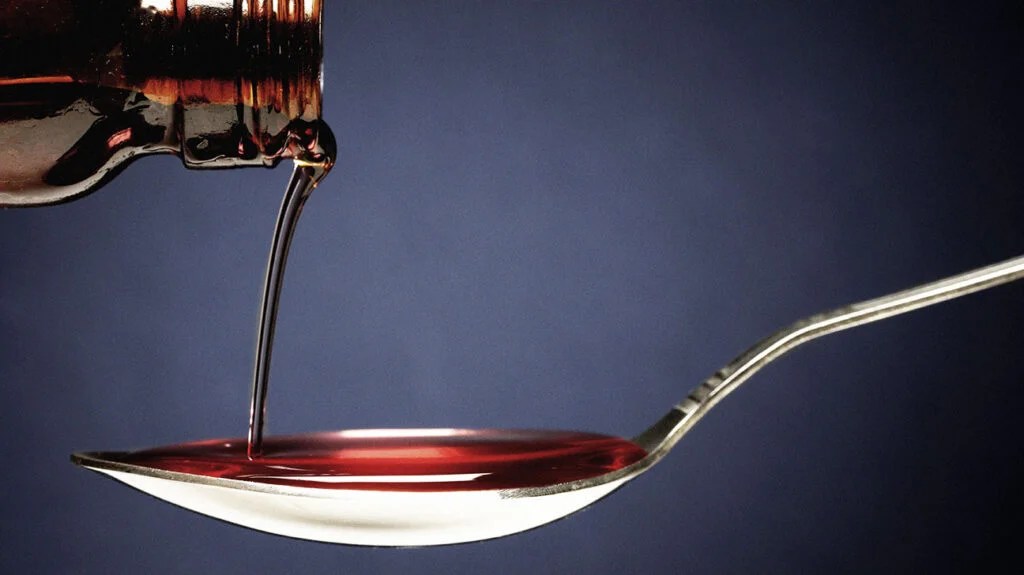 Parkinson’s disease is a neurodegenerative disorder. Experts believe that both genetic susceptibility and environmental factors may play a role in the development of the condition.

A 2019 global estimate suggests that over 8.5 million individuals are most likely living with Parkinson’s, according to the World Health Organization (WHO).

The four primary symptoms of Parkinson’s, according to the National Institute of Neurological Disorders and Stroke, are:

Researchers believe Parkinson’s develops because of the breaking down or death of nerve cells in the substantia nigra, a part of the brain that controls movement.

When these cells become impaired or die, they stop producing a neurotransmitter, or chemical messenger, called dopamine.

Additionally, many brain cells of individuals who have Parkinson’s disease contain Lewy bodies, clumps of the protein alpha-synuclein.

Early in 2023, researchers will launch a phase 3 clinical trial of ambroxol, a cough medicine that is available over the counter in many countries, to study its ability to slow the progression of Parkinson’s disease.

Typically, ambroxol is used to thin and break down phlegm to clear congestion. It also has anti-inflammatory properties and eases coughing.

The drug has been used in more than 50 countries for over three decades.

However, it is not approved for use in the United States by the Food and Drug Administration (FDA).

The trial is being undertaken in partnership with U.K. charity Cure Parkinson’s, the John Black Charitable Foundation, and the Van Andel Institute, a Michigan-based independent research facility.

“Our studies in the laboratory suggest that the drug may be beneficial not just to those with the mutation, but [it] may be also useful for those without the mutation,” Dr. Schapira told MNT.

Participants in the placebo-controlled trial will take ambroxol daily for two years.

Dr. Michael Okun, national medical advisor for the Parkinson’s Foundation and chair of neurology and executive director at the Norman Fixel Institute for Neurological Diseases at the University of Florida Health, not involved in this research, explained for MNT that:

Mutations in GBA1 are a common known genetic risk factor for the development of Parkinson’s disease. GBA1 is believed to provide the instructions for making an enzyme called glucocerebrosidase (GCase).

A 2009 study published in the Journal of Blood Chemistry reported that ambroxol increased levels of GCase in patients with Gaucher Disease.

GCase activity is reduced in the brains of both patients with Parkinson’s with and without GBA1 mutations.

After that, researchers began to look at ambroxol as a possible treatment for Parkinson’s, Dr. Schapira explained to MNT.

A phase 2 clinical trial of ambroxol, also led by Dr. Schapira, followed 17 participants with Parkinson’s who received escalating daily doses of the cough medicine between January 11, 2017, and April 25, 2018. The mean age of participants was 60.2 years.

The results of that trial were published in 2020 in JAMA Neurology.

For that study, each patient received a physical and neurological examination as well as an electrocardiogram. Researchers also took blood samples.

Researchers performed cerebrospinal fluid examination at baseline and at 186 days with a third optional lumbar puncture at 279 days.

Participants reported no adverse effects during the study. Researchers found the drug crossed the blood-brain barrier. Additionally, researchers discovered a 35% increase in levels of GCase in participants.

Hoping for a quick start

Even if the drug turns out not to slow the progression of Parkinson’s, researchers of the disease will likely deepen their understanding of Parkinson’s through the trial, he pointed out.

“We’ll learn a lot from that, as we have from previous negative studies, so that whatever we do next can be even better and hopefully successful,” Dr. Schapira said. “We obviously hope that for all patients, this trial will be positive.”

Dr. Okun stressed that it is important for individuals with Parkinson’s not to read about the ambroxol trial and go out and buy a medication containing the drug at a store.

“Cough medications can cause sedation [and] other side effects contribute to falls in some folks who have Parkinson’s disease,” he cautioned. “We should wait for some data.”