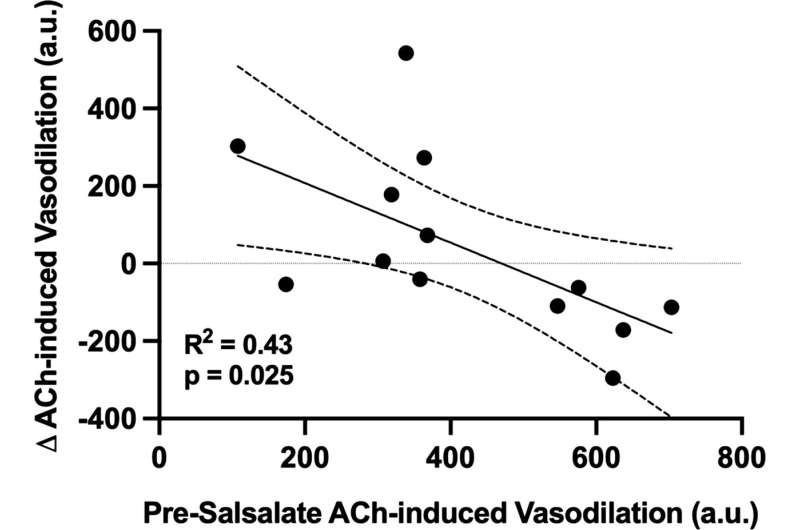 Science has long established a link between depression and cardiovascular disease, but the precise nature of the connection is less clear. In a new proof-of-concept study, researchers worked to zero in on the mechanism behind this link. The study is published ahead of print in the American Journal of Physiology-Heart and Circulatory Physiology. It was chosen as an APSselect article for June.

In 2020, an estimated 14.8 million adults in the U.S.—about 6% of the adult population—had at least one episode of depression in the prior year, according to the National Institute of Mental Health. Compared to those without depression, adults with symptoms of depression have a 64% greater likelihood of developing coronary artery disease (CAD). Similarly, people with CAD who are depressed have a 59% greater likelihood of experiencing an adverse event, such as a heart attack.

In earlier studies, the research team had seen that oxidative stress might be disrupting vascular function in people with depression. Building on this and other evidence, they decided to focus, in a new study, on nuclear factor-κB (NF-κB). NF-κB is a type of protein that modulates genetic signals related to inflammation and immune responses. It also influences and is influenced by reactive oxygen species, a type of free radical that causes oxidative stress.

To evaluate whether NF-κB was indeed involved in the depression-vascular disease connection, the research team used salsalate, a type of non-steroidal anti-inflammatory (NSAID) that inhibits NF-κB. They administered the salsalate to 13 young adults with, and 10 young adults without, major depressive disorder (MDD) for four days.

Before salsalate treatment, there were significant impairments in the small blood vessels’ ability to dilate—an index of microvascular health—in the adults with MDD. However, after treatment, the capacity of these small vessels to dilate looked more like that of the non-depressed participants. In fact, the depressed adults who initially had the most severe impairment in the ability of the lining of their blood vessels to dilate “exhibited the greatest magnitude of improvement following short-term salsalate treatment,” according to the researchers. Further, blocking NF-κB through salsalate treatment appears to have prevented reactive oxygen species from interfering with the widening of the vessels.