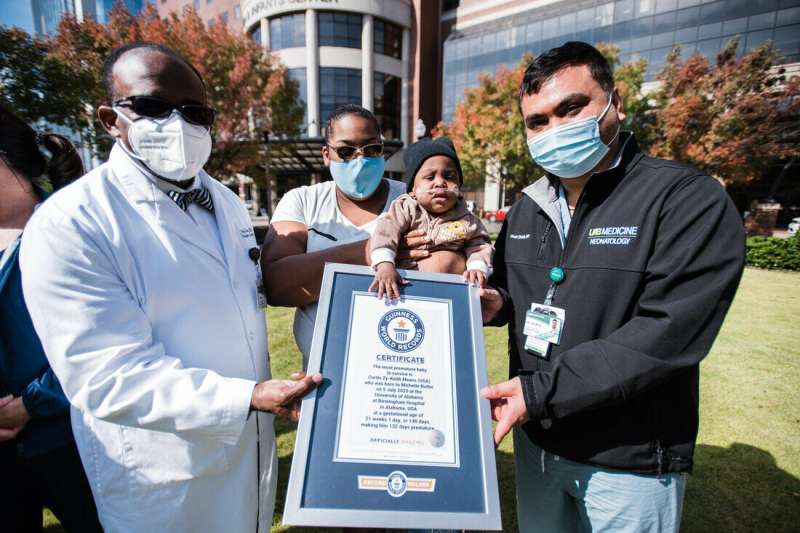 So, clinicians at the University of Alabama at Birmingham, led by Charitharth Vivek Lal, M.D., and Vivek Shukla, M.D., asked whether the same was true for the tiny newborns at the limits of viability, whom they categorize as “nano-preterm” infants—those born at gestational age 22 weeks-0 days to 23 weeks-6 days. These nano-preterms compose a highly specialized niche subgroup that is considerably more immature and has much higher risks of mortality and morbidity than the 24- through 27-week gestational age preterms, Lal says.

In one of the largest studies of this population, published in the journal JAMA Network Open, UAB researchers did a retrospective analysis of 230 consecutively born, eligible nano-preterm infants born from January 2014 through June 2021 at the UAB level IV neonatal intensive care unit. Eighty-eight infants in the non-invasive group were those whose first intubation attempt was more than 10 minutes after birth, and 142 infants in the invasive respiratory support at birth were those intubated within 10 minutes after birth. Unlike in several previous studies of slightly older pre-term infants, Lal and colleagues found no benefits for the non-invasive respiratory support of those nano-preterm infants, as measured by the composite outcome of bronchopulmonary dysplasia or death by 36 weeks postmenstrual age.

Some 94.3 percent of the non-invasive group and 90.9 percent of the invasive group had bronchopulmonary dysplasia or death by 36 weeks, which was not a significant difference. The clinicians did see that severe intraventricular hemorrhage or death by 36 weeks was lower in the invasive respiratory support group, a trend that will require a larger number of infants to confirm.

“This cohort study’s findings suggest that non-invasive respiratory support in the first 10 minutes after birth is feasible but may not be associated with a decrease in the risk of bronchopulmonary dysplasia or death compared with intubation and early surfactant delivery in nano-preterm infants,” said Lal, an associate professor in the UAB Department of Pediatrics, Division of Neonatology. Shukla is an assistant professor in the Division of Neonatology.