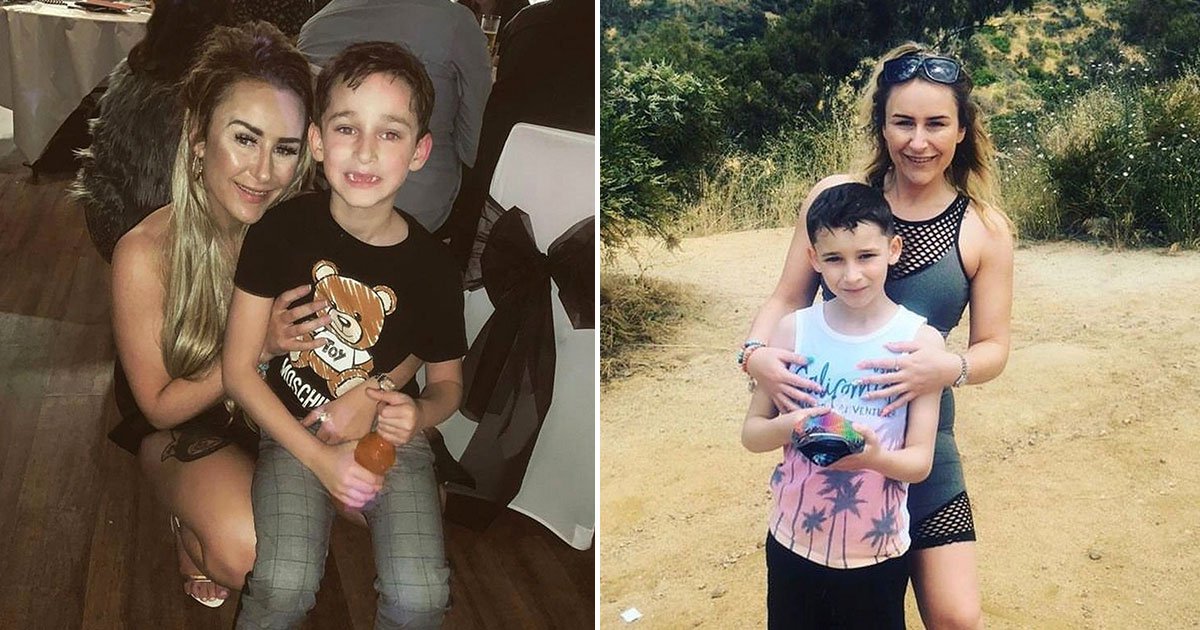 ‘I thought I’d caused Covid and was responsible for the pandemic,’ remembers Natasha Rea.

‘I had been consumed and worried about the virus and the fact I couldn’t go out to get my mum’s shopping list.

‘I danced to the same song for six hours on repeat while drinking Jack Daniels straight from the bottle.

‘I kept hearing a voice saying “you think you have time” and I spent eight hours in a deserted hospital pacing the corridors.’

This was Natasha’s first experience of her bipolar disorder’s manic period tipping into an episode of psychosis.

The mum, 33, has struggled with bipolar disorder since she was misdiagnosed with a ‘mood disorder’ at the age of 14.

She took her first overdose in January 2005 and it wasn’t until 2013 that she was finally diagnosed with the mental health condition, which causes her to have deep periods of depression and anxiety, unpredictable manic episodes, and intrusive thoughts.

Now, Natasha is speaking out to thank Selena Gomez for sharing her experience of the illness in the singer’s new documentary, My Mind And Me.

To view this video please enable JavaScript, and consider upgrading to a webbrowser thatsupports HTML5video

She says she is ‘thankful there is mainstream discussion taking place’ showing the condition ‘isn’t simply high and low moods’.

Natasha, an author and actor, from Manchester, said: ‘I think it’s really important Selena Gomez has come forward to speak about bipolar because she has such a young fan base.

‘In the clip, Selena said “me and my mind don’t always get on” and that resonated so much with me.

‘She hasn’t just come out and said I have bipolar and sometimes I have really high and low moods – she’s discussed the different things it can do to you.

‘It has such a physical effect, there are days I can’t move my legs and my anxiety affects my bowels.

‘There are days I just can’t move or get out of bed.

‘I struggle daily – I’d love to be really consistent every single day but you don’t always know how you’re going to wake up.

‘There is still such a stigma – I wouldn’t be able to ring in to work and say “my head’s not great today” but I could phone in to say “I have a stomach bug”.’

After having her son, Luciano, 11, in March 2011, Natasha’s mental health saw a harsh decline.

She reached breaking point when she was driving through Manchester and got out on a busy road to cry for help.

She said: ‘My mum had had a heart attack and everything was so intense, I worked 40-50 hours a week and I had the worst intrusive thoughts.

‘I slammed on the breaks near Toys’R’Us got out of the car and just stood there.

‘I just broke down, like somebody needs to help me.’

Even then, she struggled to access the help she needed, and in 2018 she took an overdose and ended up in hospital again.

Her journey had ups and downs, with struggles with manic spending and overwhelming anxiety.

‘I use humour as a coping mechanism – I can laugh now that I sh** myself in the Tesco aisle because I was so anxious,’ she said.

‘Once I got fixated with the colour coral and spent £200 on coral items in Primark.’

The mum is now on mood stabilisers to manage her symptoms, and teaches a ‘living with bipolar’ course at Greater Manchester Mental Health Hospital to share all she has learnt.

She wants people to understand that bipolar disorder isn’t a ‘one size fits all’ condition, and that different treatments will work better for different people.

‘I have a happy soul and I have always been a full of life person but at times my mind is dark and chaotic and isn’t my friend,’ Natasha explained.

‘It isn’t an exaggeration to say my personal trainer, Anthony, saved my life.

‘Weight-lifting has been a massive coping mechanism and I also found help through holistic healing and kundilini yoga.’

The Bipolar UK ambassador released her book – Me, Myself and Bipolar Brenda: The Journals of a Happy Soul with a chaotic mind – in 2020 and hopes to help others with the condition.

She shares her story on Instagram under the handle @memyselfandbipolarbrenda – so called after the name she came up with to help her son understand her illness.

Natasha added: ‘I promised myself I would never apologise ever again for being ill – it is like apologising for who I am.

‘It can be difficult to be close with somebody with this condition but I encourage them to have open and honest conversations with me.

‘I might call my friend 20 times to tell them the same thing and it can be hard for them to handle.

‘A diabetic wouldn’t say sorry I’m having a hypo.

‘We need so much more awareness and so many more stories.

‘A lot is being spoken about in the arts right now about diversity and inclusion but bipolar is an invisible disability.

‘You can’t have a character on a TV show with a sticky note on their forehead saying “I have bipolar”.’