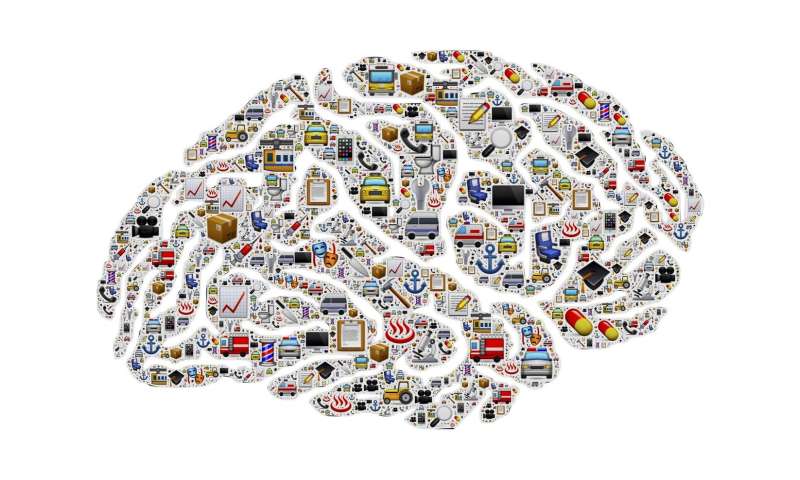 A new study from researchers at the University of Chicago has found that neuronal population dynamics in the motor cortex are very different during reaching and grasping behavior, challenging a popular theory that indicated intrinsic, dynamic patterns control motor behaviors.

Prior research examining neural population dynamics in the motor cortex of macaque monkeys had shown that during the planning and execution of a reaching movement with the arm, populations of neurons exhibited rotational dynamics—cascades of smooth and orderly waves of neuronal activity that pass through the motor cortex.

This population-level behavior has been interpreted as showing that the motor cortex acts as a pattern generator that drives muscles to give rise to movements.

“In the previous work on reaching, my colleagues and I showed that brain areas that control movement act like a little machine for generating muscle commands,” said co-author Matthew Kaufmann, Ph.D., an assistant professor of organismal biology and anatomy at UChicago. “That is, the activity followed mathematical “rules” that let it act like a music box, to get each muscle’s commands timed correctly relative to the others.”

Researchers suggested that these activity patterns represent a general principle of neuronal activity within the motor cortex, and that these elegant dynamics are a property of the neural circuits.

“The activity pattern is a bit like a domino effect,” explained senior author Sliman Bensmaia, Ph.D., the James and Karen Frank Family Professor of Organismal Biology and Anatomy at UChicago. “The idea is that as the behavior starts, it’s like knocking over that first domino, and then all the rest will fall in order. If you set it back up, it’ll do the same sequence again.”

However, this new research, looking instead at hand-grasping behavior rather than arm-reaching behavior, did not see such a neat pattern. The study, published Nov. 17 in eLife, examined neural activity in the motor cortex.

“We wanted to know whether the same type of neural dynamics was present during hand movements, which involve a very different effector, producing very different movements,” said co-first author Aneesha Suresh, Ph.D., a former graduate student in the Bensmaia lab. “We recorded neural activity in the motor cortex of monkeys as they performed a reach task and a grasp task to compare the dynamics of the two motions.”

In contrast to past results, the investigators found that grasping behaviors instead produced less orderly neuronal activity patterns at the population level and little evidence of the rotational dynamics seen with reaching motions.

“We expected neurons in this network to be activated in orderly, predictable sequences, like the ones thought to drive the arm as it reaches toward a target,” said co-first author James Goodman, Ph.D., now a postdoctoral scientist at the German Primate Center. “Instead, the patterns of activity we saw during grasping were far more complex and chaotic, in some respects suggesting an especially important role for the senses of touch and proprioception during hand movements.”

These results make sense in the context of the differences between reaching movements and grasping movements. “Conceptually, the jobs that the arm and the hand do are different,” said co-author Nicholas Hatsopoulos, Ph.D., a professor of organismal biology and anatomy and neurology at UChicago. “The arm moves the hand and brings the hand to different locations for actions like waving or reaching for a cup. The hand, on the other hand, is usually involved in manipulating objects such as grasping things, typing on a keyboard, and so on.”