Tragic ‘mermaid baby’ who lived for just 15 minutes: Child born with its legs fused together dies before doctors are able to identify its sex

A mother is devastated after losing her ‘mermaid’ baby just minutes after she gave birth.

The unnamed baby, whose sex was unclear due to its fused legs and ‘missing genitals’, had a rare condition known as sirenomelia or ‘mermaid syndrome’, which has no known cause.

Mrs Kamble had undergone just one scan during her eight-month pregnancy and therefore only learnt about the baby’s condition when she first saw it after giving birth.

Her husband Nanoba Kamble, 32, a daily-wage labourer, said: ‘My wife and I are shattered with the loss of our child. We have never seen or known a baby like this.’ 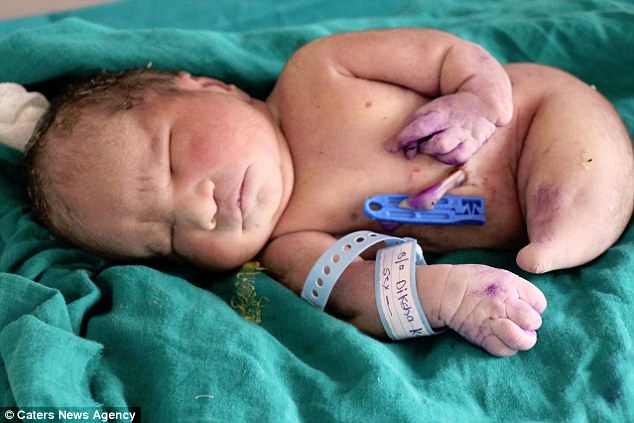 An unnamed baby, whose sex was unclear due to its fused legs and ‘missing genitals’, died within minutes of being born with a rare condition known as ‘mermaid syndrome’ 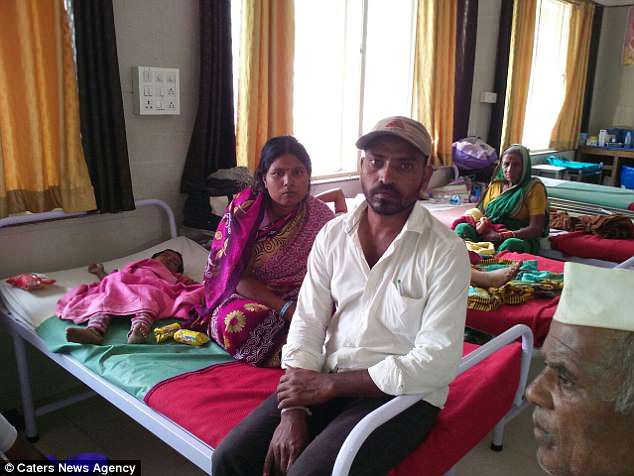 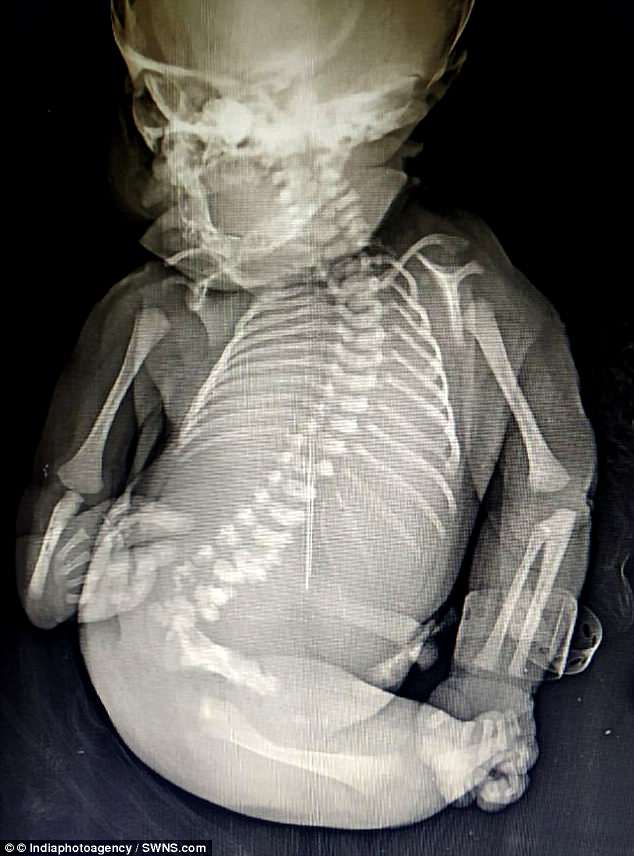 WHAT IS MERMAID SYNDROME?

Sirenomelia, also known as mermaid syndrome, is an extremely rare disorder that causes partial or complete fusion of the legs.

Sufferers may also have gastrointestinal complications and the lack of, or underdeveloped, kidneys.

Its cause is unknown.

Most sufferers die as newborns due to lung complications and heart defects.

‘The baby could not survive more than 15 minutes’

Mrs Kamble arrived at the hospital with her husband after experiencing labour pains early on Monday morning.

The couple lost a child three years ago but have since had a healthy daughter.

Dr Sanjay Bansode, a gynaecologist at the hospital, was shocked to discover the baby came out weighing just 3.19lbs with ‘fins’.

He said: ‘It is an extremely rare condition. The mother had arrived at 7am in the morning and by 9am she had delivered the child through natural birth.

‘We were anticipating a head or legs but a strange “fin-like” mass came out.

‘Everyone of us were shocked to see the baby. My students had never seen something like this before.

‘The baby not only had legs fused together and missing genitals but also had other internal anomalies like renal and lungs deformity.

‘The baby could not survive more than 15 minutes.’ 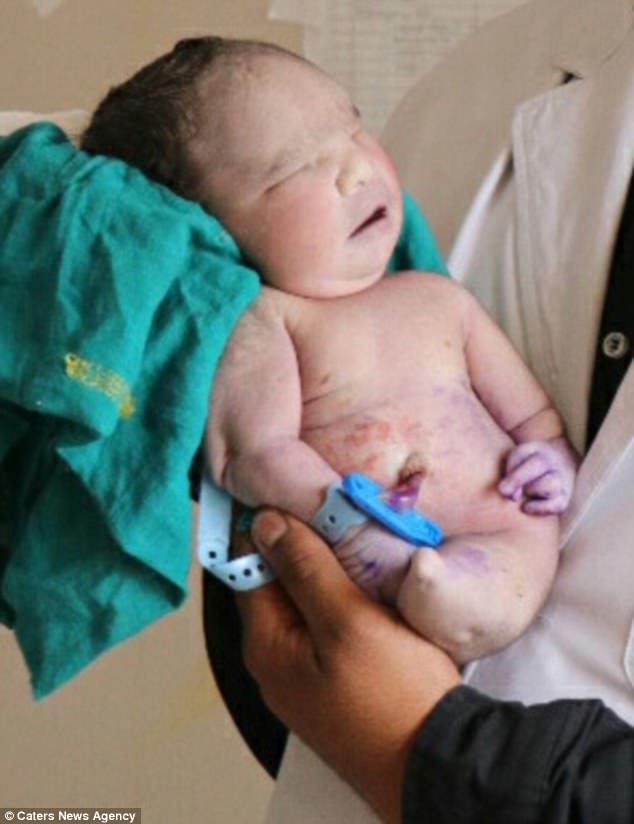 Due to the baby’s mother having just one scan, she was unaware of the infant’s disorder 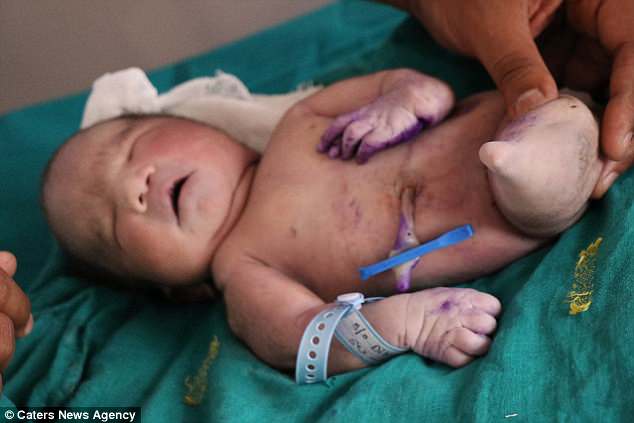 Its parents, who struggle to make ends meet, are ‘devastated’ after their baby was born a ‘fish’ 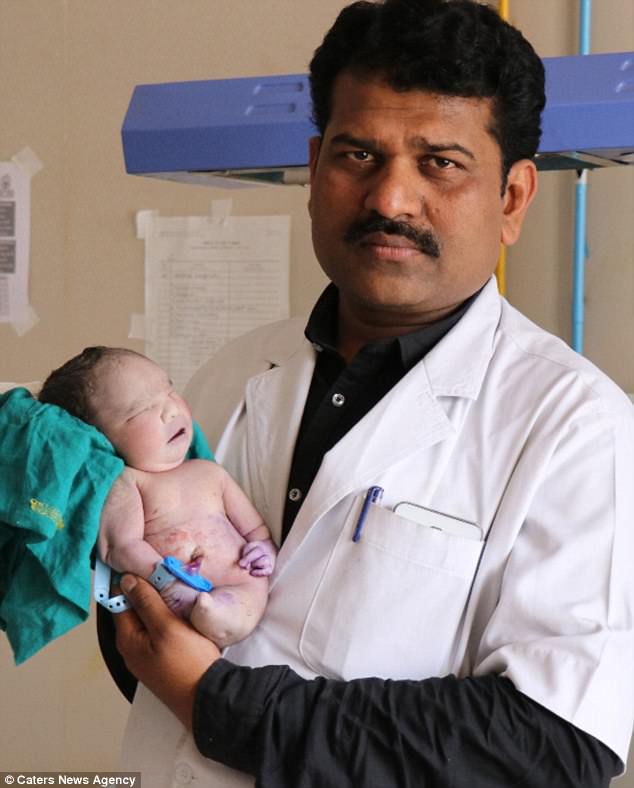 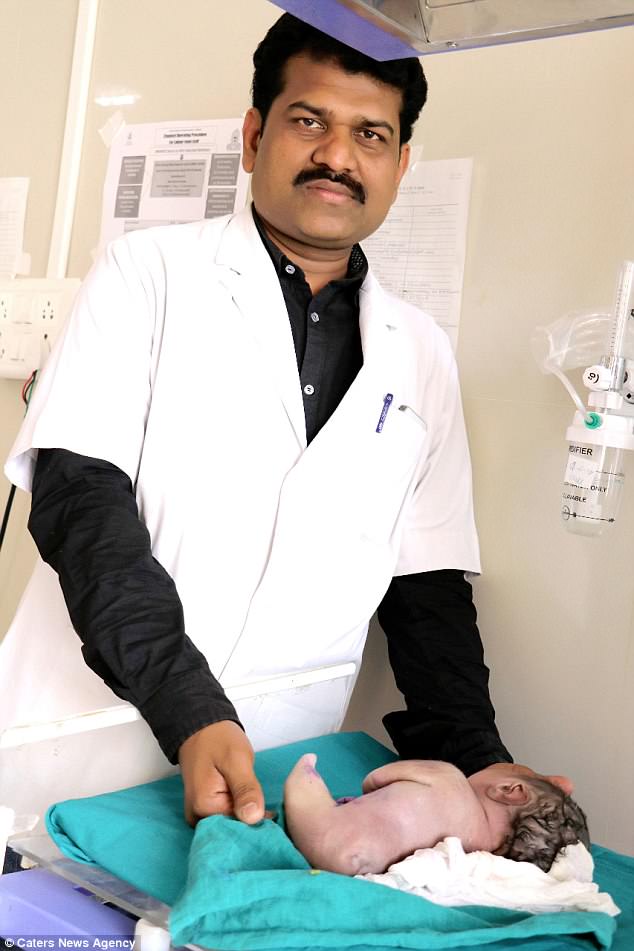 This is due to the baby suffering ‘internal anomalies like renal and lungs deformity’, he said

Speaking of seeing his child for the first time, Mr Kamble said: ‘I saw the child after delivery and was shocked to see it had no legs. It was very tiny and the legs were fused.

‘We are daily wage labours and somehow make our ends meet.

‘After we lost our first child within a day of her birth we went for ultrasounds during our second pregnancy and only went for it once this time.

‘We were told the baby had some issues but it was too late and we were prepared for everything.

‘But we are devastated and cannot believe how and why our baby was born like a fish.’