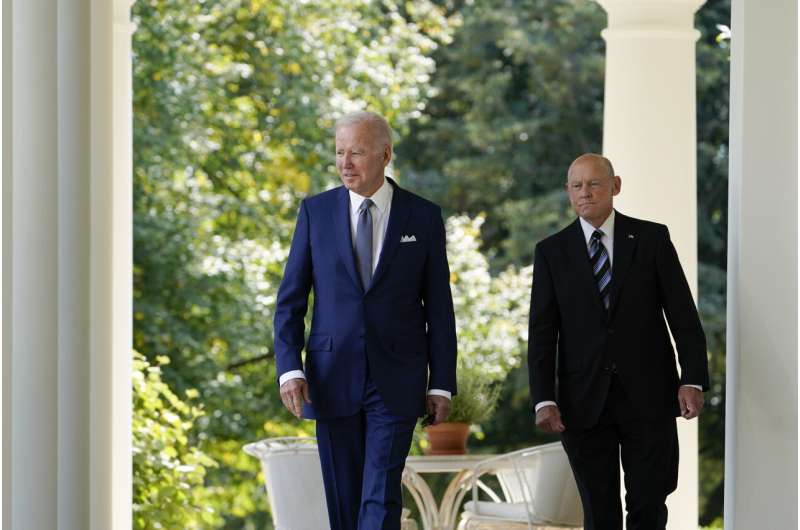 For the first time in a decade, Americans will pay less next year on monthly premiums for Medicare’s Part B plan, which covers routine doctors’ visits and other outpatient care.

The rare 3% decrease in monthly premiums—a savings of $5.20 for most—comes after millions of Medicare beneficiaries endured a tough year of high inflation and a dramatic increase to premiums this year. Most people on Medicare will pay $164.90 monthly for Part B coverage starting next year.

“(To) millions of seniors and people with disabilities on Medicare, that means more money in their pockets while still getting the care they need,” President Joe Biden said Tuesday in a speech from the White House Rose Garden.

The decrease will help to offset last year’s $21.60 spike in monthly Part B costs, driven in large part by a new Alzheimer’s drug. Aduhelm, administered intravenously in doctors’ offices, was introduced to the market last year with a $56,000 price tag. Medicare set strict limitations on the drug’s use earlier this year and the drugmaker has since cut the medication’s cost in half.

Medicare paid less for that drug than it expected this year, helping shore up reserves that allowed the agency to set the Part B premiums lower for 2023, the Centers for Medicaid and Medicare said in a statement Tuesday. Other Medicare services and items were lower than expected, too, but Medicare officials did not answer The Associated Press’ questions for details on those savings.

The decrease in Medicare premiums combined with an increase in Social Security payments next year could put hundreds of dollars in the pockets of struggling, older Americans, said Mary Johnson, the Social Security and Medicare policy analyst for The Senior Citizens League.

Around 5.5 Million People Have Signed Up for 2023 Obamacare Plans
Recent Posts
HEALTH PROBLEMS

Around 5.5 Million People Have Signed Up for 2023 Obamacare Plans