Meet the parents who sold their London home to build a £500,000 allergy-free ‘haven’ to help their sons avoid potentially-fatal triggers

Ask Elinor Barikor to describe her new home and she will simply call it: ‘a safe haven’.

That’s because the stunning house in Richmond has been designed specifically to help ensure her two eldest boys will suffer fewer allergic reactions and asthma attacks. 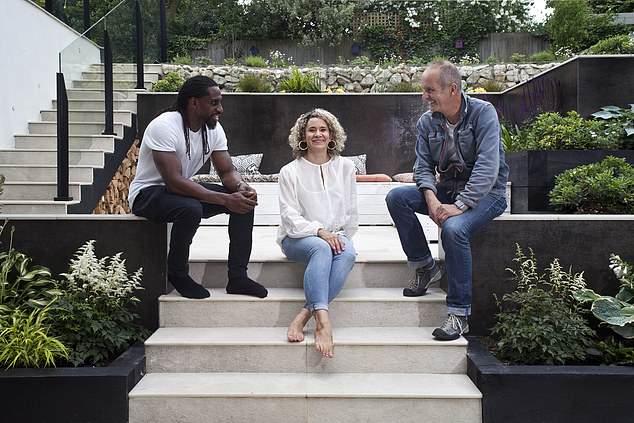 ‘We tried everything over many years to limit the boys’ allergic reactions, from changing their milk, to scrupulously reading food labels but they’d still have unexplained reactions,’ says Elinor.

‘They’d come out in hives or rashes daily despite antihistamines or using an inhaler. From almost the day they were born, we were forever back and forth to hospital.

‘The idea of building a place where our children would hopefully have fewer allergic reactions and better health was the end result of years of searching for ways to help them.’

The couple discovered, for instance, that many building materials and other household items such as carpets, as well as paints and treated woods, can exacerbate allergies because they’re made with materials that produce volatile organic compounds (VOCs), chemicals that are easily inhaled. 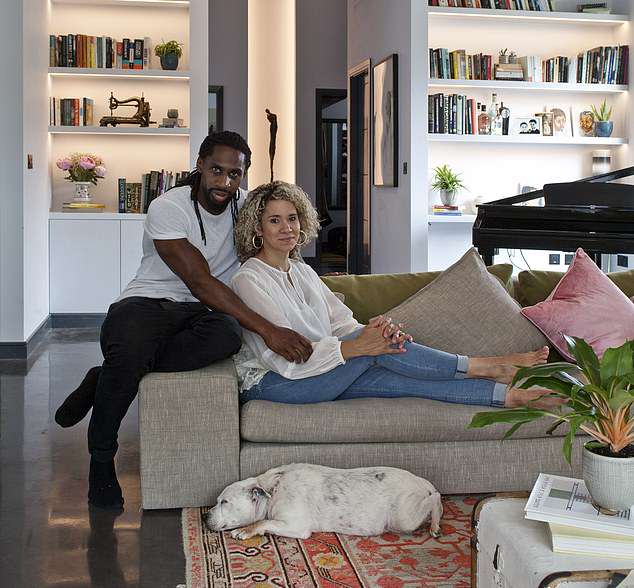 Safe space: The couple sold their east London property to build their £500,000 haven 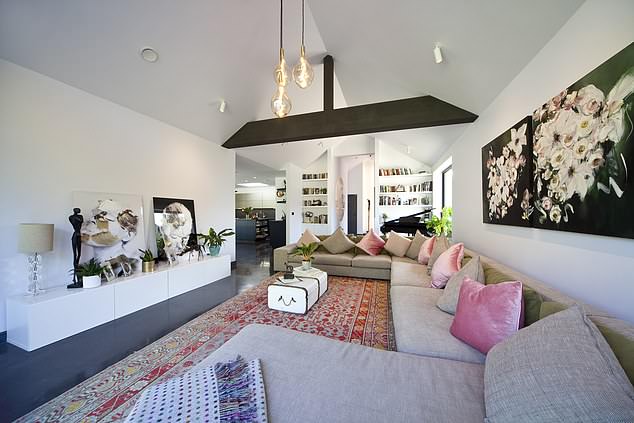 Stylish and low-risk: The living room looks no different to any other incredible mansion 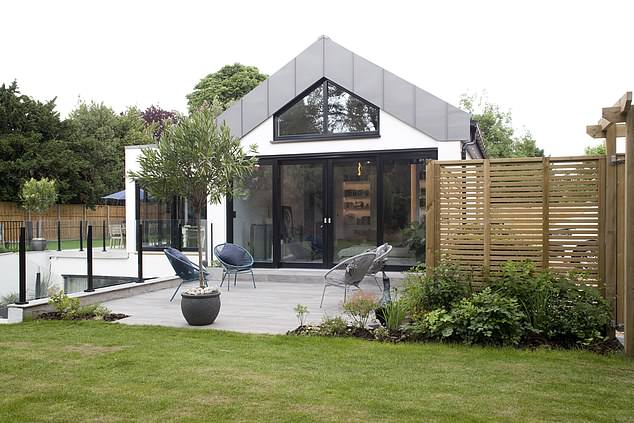 Modern moves: The property is located in Richmond, but would easily look at home in LA

The most common VOCS are acetone, found in furniture polish and wallpaper; benzene, found in paint, glue and carpeting; ethanol, found in detergents – and formaldehyde, found in floor lacquers and certain plastics.

‘There are pleasant VOCS such as the scent of flowers, natural wood or perfumes and less pleasant ones such as paints, varnish, glue and moulds give off.

‘In high enough concentrations most or indeed any VOC can be an airway irritant and may possibly trigger other allergies.’

And some, such as formaldehyde, are thought to trigger asthma symptoms specifically, adds Dr Andy Whittamore (CORR), a GP and clinical lead at the charity Asthma UK.

Elinor and Born decided the solution was to build a house where everything from the structure to the interior design was as allergen-free as possible.

They sold their home in East London bought a quarter of an acre plot and set a budget of £500,000 and found an architect who shared their vision – the building, which began in March 2017 and took nine months, features in tomorrow’s episode of Channel 4’s Grand Designs series.

The result is a single storey house constructed of walls that are half concrete, half panels (concrete buildings emit fewer VOCs and the panels were the lowest VOC the couple could find). 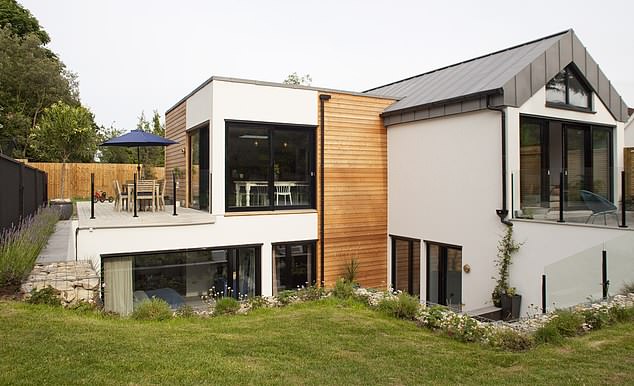 See for yourself: The building, which began in March 2017 and took nine months, features in tomorrow’s episode of Channel 4’s Grand Designs series 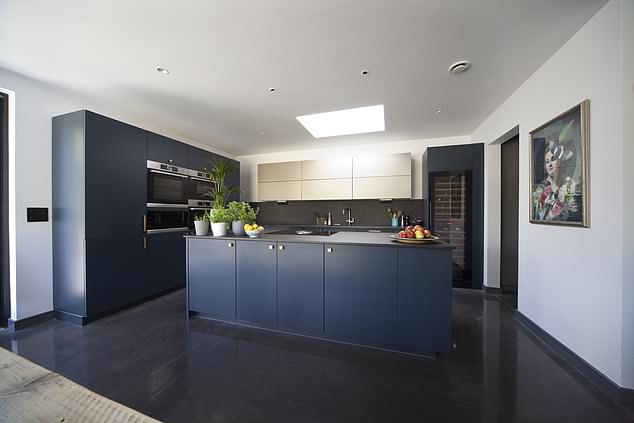 Sleek: Inside the property, the couples’ kitchen is impeccable – while also minimising triggers 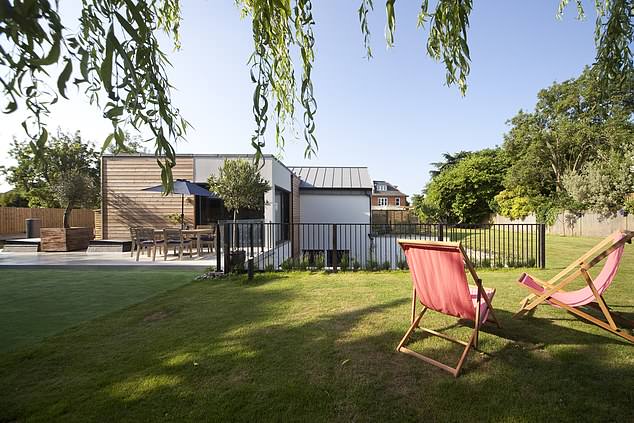 The building is a single storey house constructed of walls that are half concrete, half panels

Inside, there are bamboo rather than wool carpets, while the kitchen is made from formaldehyde-free MDF – even the sofa was carefully chosen to be second-hand because brand new furniture can ‘off-gas’, meaning it releases VOCs potentially for years.

The house is also air-tight, with the air filtered through an MVHR unit – a machine that continuously extracts moisture from the air in damp areas such as kitchens and bathrooms while pulling fresh air from outside and filtering out pollution, pollen and dust.

Such systems may be beneficial, says Dr Deborah Marriage, lead paediatric allergy and respiratory clinical nurse specialist at Bristol Children’s Hospital. ‘Some children with the most severe asthma, for example, may be prescribed a laminar flow device which filters the air surrounding their bed to improve their symptoms.’

However, as soon they go outside, ‘say to school, they are then exposed again’, adds Dr Rosenthal. 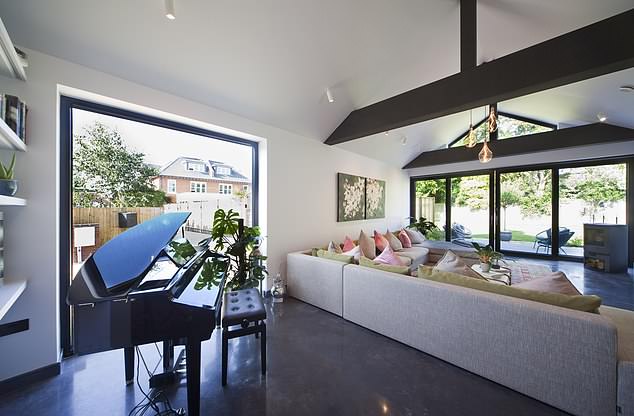 Smart: The house is also air-tight, with the air filtered through an MVHR unit – a machine that continuously extracts moisture from the air, filtering out pollution, pollen and dust 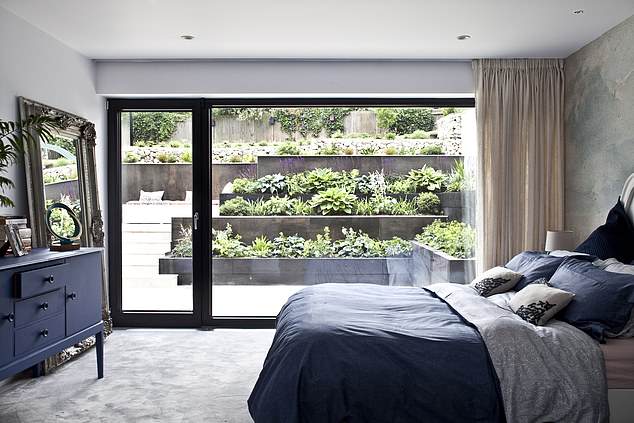 ‘Before we moved, we usually had to administer antihistamines weekly or found one of them covered in a rash almost daily. For us it was proof our house was working,’ they said

But Elinor and Born don’t need convincing their efforts were worth it.

For despite the fact the boys leave the house to go to school and for social events, six months after they had moved in their parents struggle to recall the last time they’d had an allergic reaction.

‘We looked at each other and drew a blank,’ Elinor says. ‘Before we moved, we usually had to administer antihistamines weekly or found one of them covered in a rash almost daily. For us it was proof our house was working.’

‘I never want to wrap them in cotton wool,’ she adds. ‘But it is a wonderful feeling knowing when we put them to bed at night or watch them playing that they are not exposed to allergens in their own home. That feels incredible.’

Grand Designs is on Channel 4 at 9pm on Wednesday 3 October.