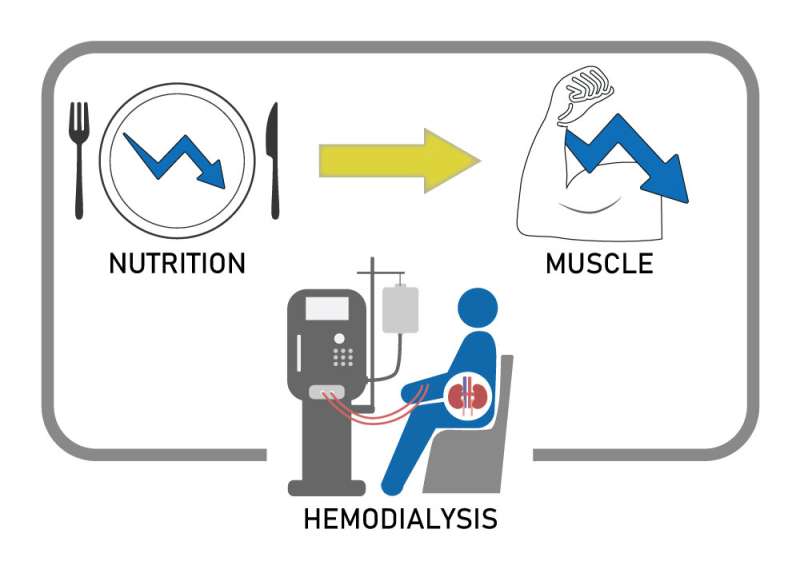 End-stage kidney disease patients undergoing maintenance hemodialysis (MHD) often struggle with malnutrition and sarcopenia, a form of musculoskeletal atrophy that amplifies mortality. Untangling the long-suspected relationship between malnutrition and sarcopenia has bedeviled researchers due to the lack of a diagnostic standard for nutritional health or status. Scientists from Osaka Metropolitan University took a step toward explaining this relationship using a convenient, objective, Japan-developed nutritional risk index, a new approach for early detection of sarcopenia in MHD patients. Their findings were published in Frontiers in Nutrition.

Sarcopenia is characterized by losses of muscle mass, strength, and function. The researchers collected data on the NRI scores, muscle mass, muscle strength, and physical performance of 315 MHD patients, who were divided into low-risk and medium/high-risk groups according to their NRI scores. The patients with low muscle mass along with either low muscle strength or low physical performance were diagnosed with sarcopenia. Those experiencing all three conditions were considered to have severe sarcopenia.