Researchers say pregnant women who use acetaminophen products for four weeks or more can increase their unborn child’s risk of autism and ADHD. 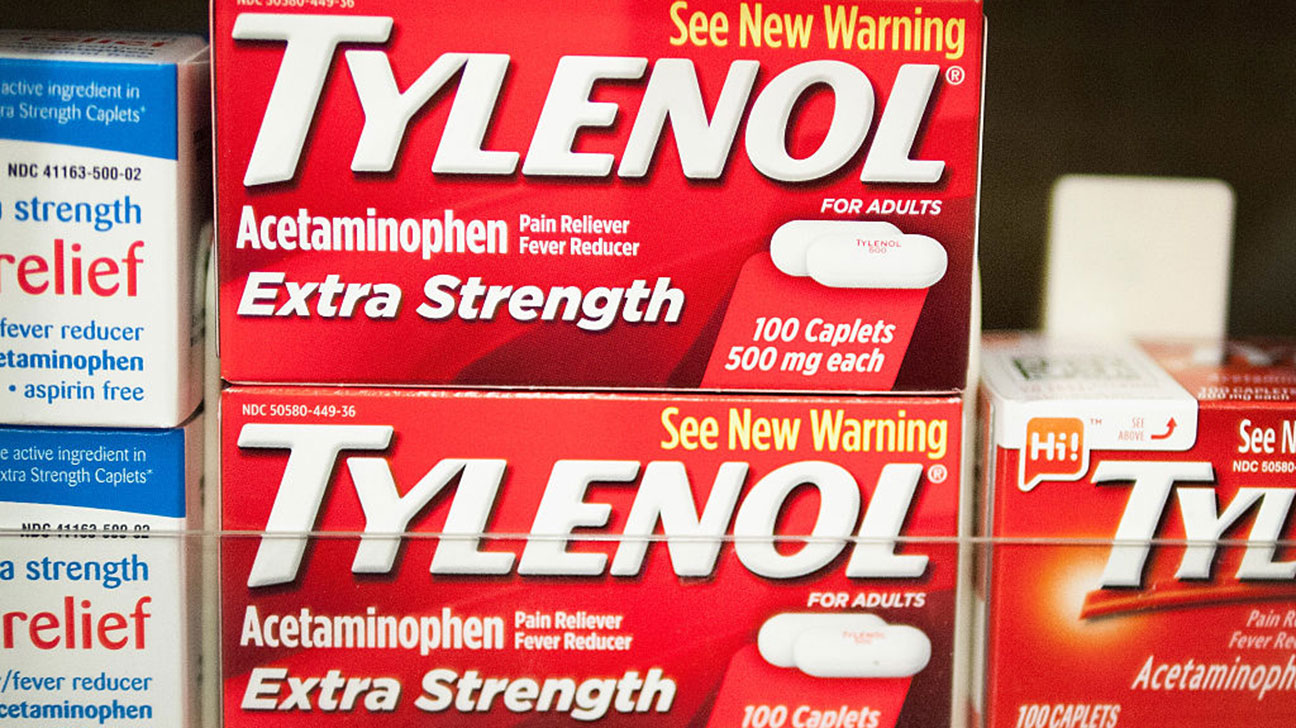 Acetaminophen is one of the most common treatments used by pregnant women for pain and fever.

The compound, sold under the brand name Tylenol, is usually considered safe during pregnancy. New evidence suggests prolonged use might have serious effects on unborn children.

A recent Israeli study finds that prolonged use of acetaminophen may be linked to an increased risk of both autism spectrum disorder (ASD) and attention deficit hyperactivity disorder (ADHD).

The research was conducted at the University of Jerusalem and involved more than 100,000 women, with a follow-up period of 3 to 11 years.

The study, led by Ilan Matok, PhD, head of the Pharmacoepidemiology Research Lab at the Institute for Drug Research, School of Pharmacy at the Hebrew University Faculty of Medicine, as well as doctoral student Reem Masarwa, was published in the American Journal of Epidemiology.

Relative risk is when the chance of something happening is compared between two groups and usually expressed as a percentage. However, it doesn’t show the actual odds of something occurring. That’s the absolute risk.

Barry Sears, PhD, author of the New York Times best-selling book “The Zone” and president of the nonprofit Inflammation Research Foundation, told Healthline that while “the relative risk is borderline, it’s still statistically significant. Since ADHD and autism currently affect a large percentage of the population, the absolute increase in risk due to long-term acetaminophen use should definitely still be considered to be of concern.”

Dr. Edward Hallowell, child and adult psychiatrist, founder of the Hallowell Center for Cognitive and Emotional Health, and leading authority in the field of ADHD, told Healthline it’s important to remember that “the vast majority of ADHD is passed along through genes.”

He adds that other factors should also be considered.

“Pregnant mothers who drink too much alcohol or are exposed to tobacco smoke put their unborn child at risk for developing ADHD,” Hallowell said. “Additionally, any kind of head trauma to the fetus, like trauma to the mother’s abdomen during pregnancy, a forceps delivery, or a difficult C-section can lead to ADHD, as well as a lack of oxygen at birth from respiratory distress.”

Short-term acetaminophen use is safe

Because existing studies were significantly limited, the researchers suggest that these results should be interpreted cautiously since this information may make pregnant women unnecessarily anxious.

They also say that it’s important to remember that pain and fever during pregnancy can harm the developing fetus and doctors still consider acetaminophen safe for short-term use (one week or less) during pregnancy.

“Our study provides the first comprehensive overview of developmental outcomes following prolonged acetaminophen use during pregnancy,” said Matok in a press release.

“Our findings suggest an association between prolonged acetaminophen use and an increase in the risk of autism and ADHD,” he added. “However, the observed increase in risk was small, and the existing studies have significant limitations. While unnecessary use of any medication should be avoided in pregnancy, we believe our findings shouldn’t alter current practice and women shouldn’t avoid use of short-term acetaminophen when clinically needed.”

“This recent study provides evidence that pregnant mothers should avoid taking acetaminophen for four consecutive weeks or more,” Hallowell added. “The reason is that long-term use increases the risk of the child’s developing ADHD or ASD. So, if you’re pregnant and have a headache, you can still take acetaminophen for a short while. In fact, you should take it because it’s not good to be pregnant and in pain. You should also consult your doctor and track down the cause your pain if it persists.”

“Pain is usually accompanied by an overproduction of inflammatory cytokines (proteins important for cell signaling) and inflammatory eicosanoids (signaling molecules made from fatty acids) that can have an adverse effect on the developing baby’s dopamine circuits, leading to lowered levels of dopamine that could result in ADHD,” Sears said. “I think that using acetaminophen for three days or less should be considered safe.”

Sears advises, “If you’re in pain and want a more appropriate inflammation reduction strategy, I think it would be better to follow an anti-inflammatory diet and increase the intake of fish oil to reduce the need for acetaminophen. Doing both will also have a positive impact on the baby’s health.”