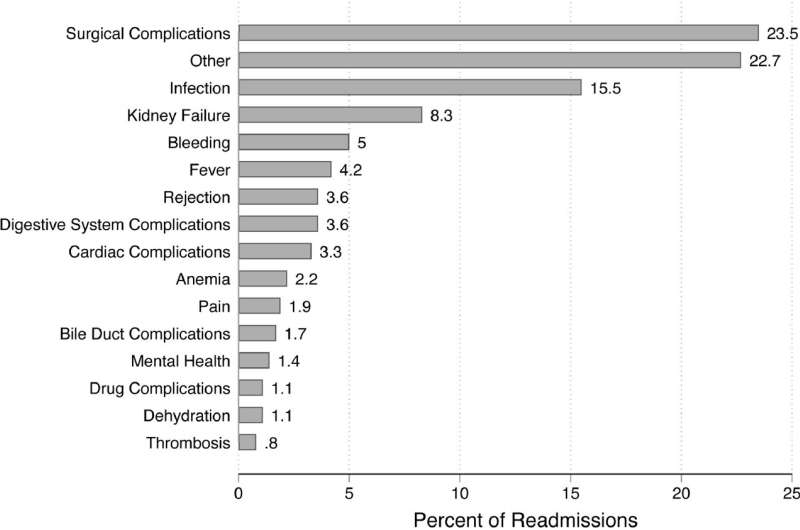 The age, sex, and other demographic information about a patient can be used to predict whether they will need to be readmitted following a liver transplant, according to new research spearheaded by recent Penn State graduate Brittany Damazio.

Damazio led the analyses and writing on a recent publication in the Journal of Liver Transplantation as an undergraduate researcher in health policy and administration. In the paper, the researchers identified common traits among people who were readmitted to the hospital within 30 days following a liver transplant. This work could one day help doctors prevent readmissions.

Christopher Hollenbeak, professor of health policy and administration, was Damazio’s mentor and collaborator on the project.

“For an undergraduate student researcher to be the first author of a publication in a clinical journal is, in my experience, unusual,” Hollenbeak explained. “Brittany’s hard work and dedication helped her create a unique opportunity out of an internship that would not have even existed without the pandemic.”

As a requirement for graduation, each student majoring in health policy and administration completes an internship. The shutdowns associated with the COVID-19 pandemic, however, made many typical internships impossible. To fill the need, Hollenbeak offered a research mentorship to eight undergraduate students. When the internship was complete, Damazio, a World Campus student, asked Hollenbeak if she could continue contributing to research. Since Brittany had proven herself to be extremely capable, Hollenbeak agreed.

Hollenbeak suggested that Damazio analyze some recent data on liver transplants in Pennsylvania. After they discussed the main hypotheses and variables of interest, Damazio took primary responsibility for analyzing the data and drafting the paper. She worked with Hollenbeak, health policy and administration graduate student Qiang Hao, and two clinical experts from the Penn State Health Milton S. Hershey Medical Center.

Readmission to a hospital after surgery is a serious concern for both patients and hospitals. For patients, readmission may be accompanied by pain, expense, inconvenience, continued poor health, and other challenges. For hospitals, high readmission rates can lead to withholding of payments from Medicare.

The researchers found that readmitted patients were more likely to be non-white, suffer from other health conditions like kidney disease, stay in the hospital longer after surgery, and have been discharged to a skilled nursing facility.

“Readmission after liver transplantation is common due to a multitude of factors, so it is important to determine the commonalities in readmitted patients,” said Damazio. “The goal was to identify factors that could better predict and potentially decrease the likelihood of someone needing to re-enter the hospital following surgery.”

Though the analyses did not examine why these patients were more likely to require readmittance, the researchers said that overall poorer health among readmitted patients was the most likely reason for the findings.

Hollenbeak, who is head of the department, said that his collaboration with Damazio is shaping the ways that the Department of Health Policy and Administration looks to provide undergraduate research experiences in the future, including for World Campus students.

“By identifying these risk factors, we can identify the likelihood that a patient might require readmission in the future and therefore discover ways to prevent it from happening in the first place,” Damazio said.