The last place in England to offer publicly-funded homeopathy is to stop providing the controversial treatment on the NHS – to save vital funds.

Health bosses at Bristol’s clinical commissioning group have decided to stop NHS funding for the treatment, except in exceptional circumstances.

It comes two months after family doctors were told to stop prescribing the treatment following a landmark ruling in the High Court.

It also follows the end of prescriptions for ‘over-the-counter’ remedies, which implemented in May to save money and pump it into frontline services. 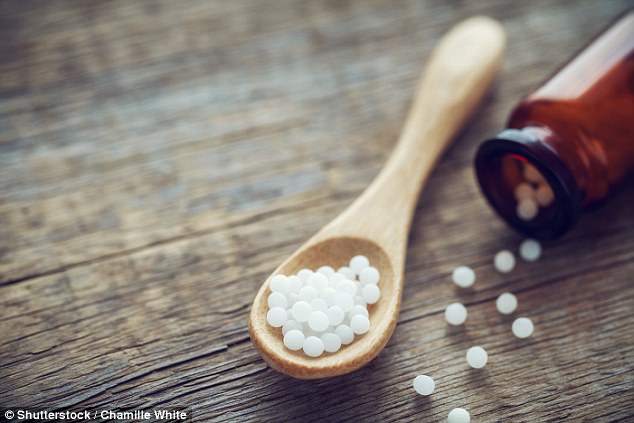 Homeopathy uses extracts from plants or minerals which have been heavily diluted by water.

It is based on a theory dating back to the 1790s that substances which cause illnesses can also cure them, if they are administered in small doses.

Prince Charles has long been a staunch supporter, having previously revealed he uses it to treat cattle on his organic farms to help reduce the use of antibiotics.

But despite extensive studies into its effectiveness, there is no evidence it works.

In December, NHS England issued guidelines to doctors telling them to avoid prescribing homeopathy as part of a general crackdown on waste.

The British Homeopathic Association (BHA) brought a failed legal challenge against NHS England’s decision, and were ordered to pay £120,000 in court costs.

Previous estimates suggested the NHS was spending £4million on the unregulated treatment each year. 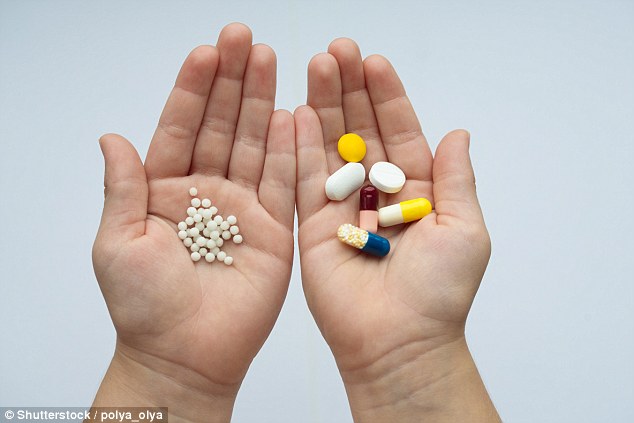 Criticism: Simon Stevens, the chief executive of NHS England, has previously described the controversial practice as ‘at best a placebo and a misuse of scarce NHS funds’

WHAT ‘OVER-THE-COUNTER’ PRESCRIPTIONS HAVE BEEN CURBED?

From May 31 the NHS will no longer be prescribing ‘over-the-counter’ remedies.

This is an attempt to save money and pump it into frontline services.

Treatments for the following conditions will no longer be routinely prescribed:

Now homeopathic treatment will only be freely available on the NHS at the Centre of Integrative Care in Glasgow.

In Bristol, the NHS homeopathic service was delivered by the Portland Centre for Integrative Medicine, on behalf of University Hospitals Bristol NHS Trust.

Over half of the patients were over 65 years old and 78 per cent of the recipients were women.

Now as it seeks to make cost cutting measures of £37million this financial year, the health watchdog which oversees NHS services in Bristol, North Somerset and South Gloucestershire has axed the controversial treatment.

Simon Stevens, the chief executive of NHS England, has previously described the controversial practice as ‘at best a placebo and a misuse of scarce NHS funds’.

The Portland Centre said it was ‘extremely sorry to hear that funding for the NHS Homeopathy Service was finally ending’.

‘Over the 70 years of playing a part within the NHS, medical homeopathy has helped thousands of people across Bristol and the region.

‘PCIM has about 1500 registered patients who access NHS medical homeopathy.

‘As ever this change in service provision most impacts those who might not know about or who can’t afford to pay for holistic approaches.

‘PCIM will continue to deliver medical homeopathy within a broad vision of conventional, holistic and lifestyle approaches to improve health and wellbeing and we are looking at ways to provide greater access to homeopathy now that the NHS services is being withdrawn.’

Patients already accessing the remedies will be permitted to finish their treatment.

But doctors will have to justify why any new patients seeking it are ‘clinically exceptional’ in order to access the treatments.

He said: ‘We are working hard to become an evidence-informed organisation because we need to make the best use of all resources to offer treatment and care to the widest range of people.

‘The decision on homeopathy funding is a step towards this and brings us in line with national guidelines.”

Margaret Wyllie, Chair of the British Homeopathic Association, said: ‘The amount of money spent on homeopathy by Bristol CCG is a tiny fraction of the local NHS budget but is of enormous value to the patients who benefit from the treatment, many of whom are elderly, and have chronic health conditions.

‘The CCG should evaluate the impact on the future health, and costs to the NHS, for the homeopathy patients once the service is removed.’

THE ORIGINS OF HOMEOPATHY

Homeopathy was first coined in 1807 by German doctor Samuel Hahnemann, and focuses on three principles: like cures like, dilution, and ‘water remembers.’

Dr Hahnemann believed that medicine in his time was doing more harm than good, so he began to conduct experiments on volunteers and himself.

One such experiment included eating the bark of a cinchona tree, which was then used as a treatment for malaria. Scientists have since found that this bark contains quinine, an antimalarial drug.

After eating some of the bark, Hahnemann experienced symptoms which he likened to those of malaria, spawning the first principle ‘like cures like.’

The doctor thought that if a substance in large doses causes certain symptoms, it can be used in small doses to cure them.

According to the British Homeopathy Association, the remedies are used by over 200 million people worldwide to treat both acute and chronic conditions.