Ivermectin does not prevent Covid patients from becoming severely ill, scientists have found.

The drug, used to treat head lice and scabies, has had a tumultuous history during the pandemic. It has been touted as a miracle remedy because numerous studies have suggested it can beat the virus.

But experts have criticised the experiments of the medication, which costs pennies, as being deeply flawed and unreliable and insist there’s not enough evidence to say it has any benefit.

Medics from Raja Permaisuri Bainun Hospital analysed data from a randomised trial of ivermectin among 490 Covid patients between May and October 2021.

The patients were classified as suffering from mild to moderate levels of illness as a result of Covid, and about half were given the drug in an attempt to test if it helped them from becoming severely ill.

All patients were over the age of 50 and had comorbidities that made them more at risk from severe Covid infection.

Severe disease developed in 21.6 per cent of patients given ivermectin and in 17.3 per cent of those who received only standard care, the researchers said. 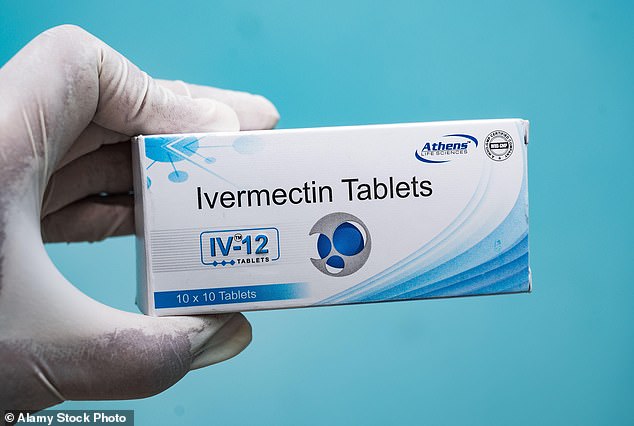 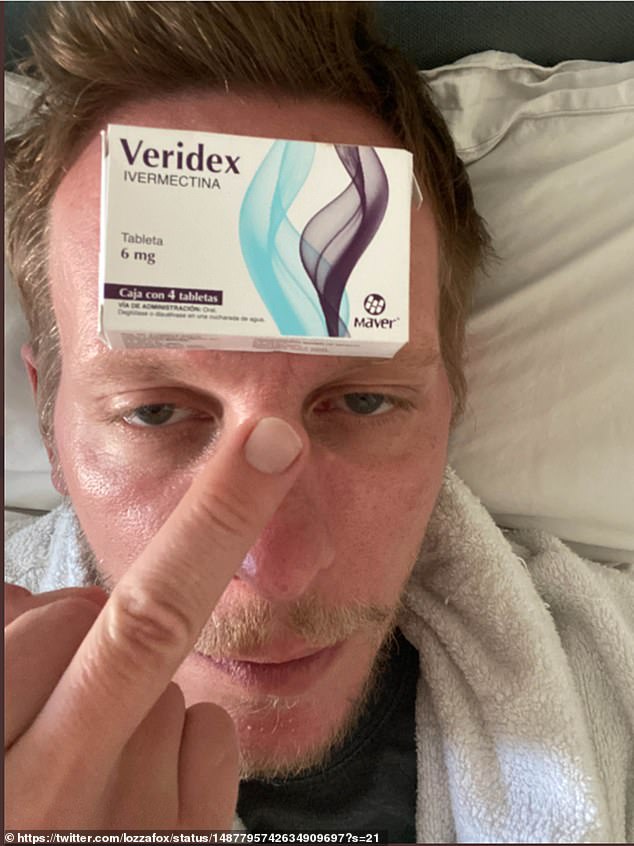 Ivermectin as a Covid treatment has been championed by vaccine sceptic figures such as Laurence Fox, who pictured here used it when he was infected by Covid earlier this year. Mr Fox said he picked up a supply of the drug while on holiday in Mexico, where it is available ‘over the counter’

They defined severe disease as requiring oxygen to help with breathing.

There were no statistically significant differences between the groups in rates of ICU admission, need for mechanical ventilation, or death, according to the study.

What is ivermectin and can it REALLY treat Covid?

Ivermectin is an anti-parasitic drug developed during the 1970s.

It has been prescribed billions of times worldwide and is listed as one of the World Health Organization’s essential medicines list.

What is it used for?

Today the medication is prescribed for treating scabies, head lice and rosacea.

The National Institute for Health and Care Excellence (NICE), the UK health watchdog, recommends it should also be given for round worm infections.

Can it REALLY treat Covid-19?

The jury is out on whether it can treat Covid.

The hype started early in the pandemic when ivermectin was shown to destroy the virus in lab studies.

Several dozen trials have also indicated that the pills may have some value in the pandemic – either by using them on patients with Covid, or as a preventative.

But, according to a BBC investigation last year, around a third of studies advocating ivermectin’s use were seriously flawed or biased in some way, making the results unreliable.

Reviews by health authorities in the US, UK and EU have found there is insufficient evidence for using the drug against Covid.

The first double-blind, gold-standard clinical trial into ivermectin is currently being carried out in Oxford, as part of the PRINCIPLE trial.

Definitive results on the drug are expected this year.

Where can I get it?

Ivermectin is already used in around 20 countries — including swathes of Latin America and parts of Europe, such as Greece, Bulgaria and Slovakia.

In some countries, like Mexico, the drug is available over-the-counter, while in others it can be prescribed at doctors’ discretion.

In the UK, health watchdogs do not recommend any clinicians prescribe the drug but, as a safe and approved medicine, it can be obtained privately.

The researchers concluded that said their findings do not support the use of ivermectin for patients with Covid.

However, both doctors and patients knew which group the patients had been assigned to, and this kind of ‘open-label’ trial design could have introduced bias, potentially overestimating the effect of the drug, the researchers said.

The results of the trial were published on Friday in the JAMA Internal Medicine.

The use of ivermectin to treat Covid is currently being investigated in a UK trial run by the University of Oxford. The researchers have said they do not want to comment until they have results to report.

Buzz around ivermectin as a potential Covid treatment and prophylaxis originated from a number of studies in mid-2021 which claimed the anti-parasitic medication killed the virus in lab studies.

The results were hailed by some as a major breakthrough in the pandemic as ivermectin is a cheap and widely available medication.

However, a significant number of the initial studies were found to be inherently flawed or biased, casting doubts on the drug’s effectiveness.

Subsequent reviews of the drug by UK and US health authorities have concluded there is, at this time, insufficient evidence for ivermectin as a potential Covid treatment.

But this hasn’t stopped people from taking the drug if they can get it. Most recently Covid jab sceptic Laurence Fox championed its use after getting infected with the virus earlier this year.

The controversial actor turned activist posted on social media how he was taking ivermectin to treat his Covid infection after acquiring the drug while on a trip to Mexico.

Ivermectin for humans can be purchased over-the-counter in a number of countries, but not in the UK or US, were a prescription is needed.

Animal versions of the medication, for example for treating horses, can be purchased more easily.

This led to some people taking animal ivermectin, something health authorities have urged people not to do as the dosage and composition of the drug for livestock is different and can lead to potentially serious health problems.

While the jury is currently out on if the drug works as a Covid treatment UK researchers are soon set to shine light onto the subject.

Result from a ‘gold standard’, double-blind, clinical trial into ivermectin effectiveness on Covid patients by the University of Oxford is expected this year.

In humans, ivermectin is used to treat a variety of conditions caused by parasites such as scabies, head lice, and round worm infections.

It is also used in veterinarian medicine to treat similar parasitic conditions in livestock, hence it being somewhat tarred with the ‘horse dewormer’ label.

But the drug has saved numerous lives developing countries since being introduced in the late 1970s – so much so, it’s on the World Health Organisation’s list of essential medicines.

However, as the organisms that cause most of the illnesses that ivermectin treats aren’t seen in the UK, the drug isn’t as commonly used here.