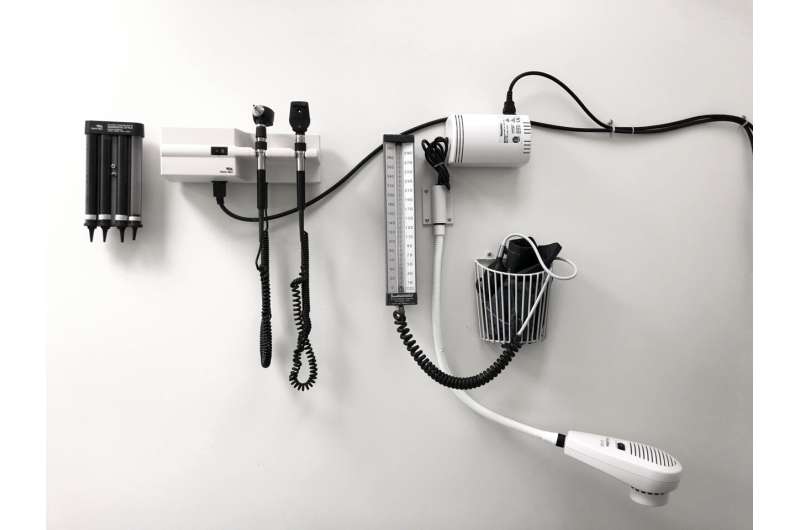 Around the world, the coronavirus pandemic has put unprecedented strain on intensive care resources. In some places, including parts of Italy, the United States, Canada, and the Asia-Pacific, ICUs have been overwhelmed. Reports from Italy found doctors were “weeping in the hospital hallways because of the choices they were going to have to make.”

In this respect, Australia has fared relatively well in the pandemic. Initial modeling suggested Australian ICUs would be overwhelmed in April 2020, but successful public health measures prevented this.

COVID vaccines now offer significant protection against hospitalization. But as Australia prepares to open its borders, experts have raised concerns that even with 80% of the population vaccinated, hospitals may yet be strained and possibly overwhelmed.

This raises the difficult question of how to undertake triage: who gets scarce life-saving resources when hospitals are overwhelmed, and how are these decisions made?

So far, Australian state and territory governments have not answered these questions.

Resource allocation in a crisis

Health systems can increase their capacity in a crisis. However, a recent study found although Australia now has enough ICU beds and ventilators, we lack sufficient trained staff to operate them. If we are overwhelmed by COVID, not all patients who might benefit will be treated.

In some countries, governments have released their triage protocols for such scenarios—documents that set out the process and rules that determine which patients get treatment if hospitals are overwhelmed.

Most triage protocols aim to prioritize those who are most likely to benefit from ICU admission.

For example, a province-wide protocol has been released in Alberta, Canada. While not yet activated, the Alberta government is instructing clinicians on its use as the province faces a devastating fourth wave.

The Alberta protocol involves a phased, multi-step process to decide which patients to admit to critical care when demand for resources outstrips supply.

In phase 1 (major surge with critical care bed occupancy at 90% or greater), those with certain conditions including severe dementia, advanced cancer, bad burns, or at a high risk of stroke, are deprioritised.

When health system resources are overwhelmed, clinicians may be forced to deny treatment to patients who would otherwise receive it.

This creates a risk clinicians might be subject to lawsuits for negligence, disciplinary sanctions, or even criminal charges.

These legal risks may be reduced by triage protocols, which may provide clinicians with a legal defense.

Another benefit of triage protocols is they can promote transparent and consistent allocation decisions and minimize perceptions of bias.

A lack of transparent protocols

To maximize consistency and fairness, triage protocols should be issued by governments, not individual hospitals.

However, in Australia, government coronavirus triage protocols either do not exist, or have not been made public.

Our research found a lack of protocols on state and territory government websites. Health department websites for the ACT, Northern Territory, South Australia, Tasmania, Victoria, and Western Australia did not mention a coronavirus triage protocol.

Queensland Health released a detailed ethical guidance framework, which was later removed from its website in mid-2020, without an official statement or explanation.

New South Wales Health has created a pandemic response framework, which mentions allocation frameworks and tools, but these have not been made public.

There are good reasons to prepare and publicly release triage protocols before a health crisis.

First, this allows debate on the ethical basis for decisions.

While there is broad agreement about some principles (for example, that protocols should apply to all patients, not just those with COVID), considerable debate remains on other issues.

Should younger people be prioritized? What about those who are vaccinated? If two patients are eligible for a resource, what factors should act as a “tiebreaker”? Should essential workers be prioritized?

Timely release of triage protocols allows for public scrutiny of these ethical questions.

Second, releasing triage protocols before a health crisis allows exploration of whether a protocol is lawful.

There are inherent risks here. A triage protocol could veer into unlawful discrimination on the basis of age or disability, or violate guardianship laws designed to protect the vulnerable.

Transparency, consultation, and litigation all play a role in testing the legal boundaries. Guidelines in the United Kingdom, for example, were updated after a legal action was initiated. The proposed challenge argued the guidelines unlawfully discriminated against people with long-term disabilities by relying too heavily on a frailty assessment tool. The revised guideline clarified that the tool should not be used in certain groups.

Third, prior release enables preparation and education. Triage policy and decision-making cannot be left until the ICU door.

Clinicians and the public must know what to expect and have a chance to understand the necessity for triage and the basis of decisions being made.

What needs to happen now?

State and territory governments should release triage protocols (if they have them), and if not, they should develop them, with public consultation.

Governments can readily borrow from the experience of other jurisdictions. They might also look to professional organizations for guidance.

While it’s possible Australian health services will not be overwhelmed, proposed relaxations of border and quarantine controls clearly signal that pressure will build in coming months.