How Magnum ice creams, chip butties and a new army of Twitter fans are helping my Mum face cancer, writes DR LIZ O’RIORDAN on the new lessons she’s learned, after facing the disease twice herself

In March, my mum Isobel noticed a small swelling on the back of her upper right arm. It wasn’t sore, perhaps a bit tender. I took a look and decided she’d probably pulled a muscle while gardening

About a month later, she noticed a lump on the front of her arm – a palm-sized swelling on her bicep. Again, we assumed it was a sprain. Her GP referred her to a shoulder clinic.

On June 8, while Mum was waiting to be seen, she broke her arm. She was opening the door of a cafe when she heard and felt an almighty crack.

A week later, after X-rays and scans, she was diagnosed with osteosarcoma, a cancer of the bone.

As a former breast cancer surgeon who has had the disease twice, perhaps I should have seen it coming. But the truth is, like most people, I didn’t. No one did.

I was heartbroken she would have to go through what I’d been through. And what she faces is far more serious: While 150 people are diagnosed with breast cancer every day in the UK, only 158 are diagnosed with osteosarcoma a year. That’s how rare it is.

Four weeks after we learned the news, on July 13, Mum had her right arm amputated. The cancer had spread through most of the bone in her upper arm and getting rid of it offered her the lowest risk of it coming back.

It was, however, too late. After the surgery, we were told it had already spread to her lungs. It’s now incurable. 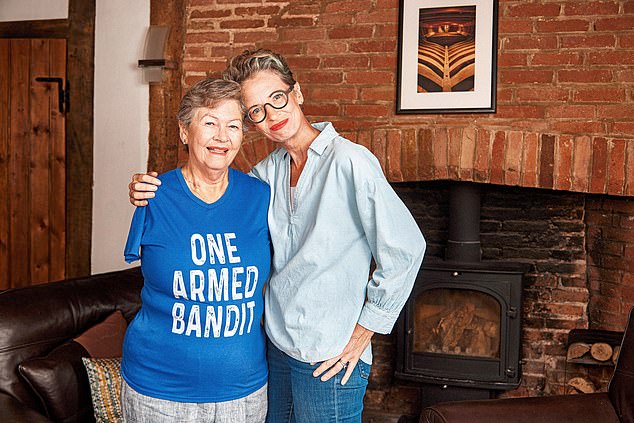 She and my father live in the same village as I do, near Bury St Edmunds in Suffolk, and I’ve been a general dogsbody, ferrying everyone around to appointments and helping out.

Last month she began chemotherapy at Addenbrooke’s in Cambridge. This could buy her more time if she responds well. We won’t know until we try.

What’s surprised me the most about this ordeal is how hard it’s all been. Being a cancer surgeon – I’m retired, as my treatment made it physically impossible to continue – had done little to prepare me.

And as a patient, I just had to go through the motions. You turn up for scheduled treatment and appointments. You endure the side-effects because you have to.

But watching someone you love in pain or distress is far worse. You just want to take it away. I feel such guilt that I can’t.

I feel helpless when I hear her cry out in pain. And I feel guilty when I help too much – treating her like an invalid because she has cancer, instead of letting her ask me for help when she needs it.

I’d assumed I’d never have to deal with the pain of losing Mum because, despite being given the all clear a few years back, I expected I’d die first. I’m also getting an insight into what my death might be like if my cancer comes back.

After my diagnosis, I decided to put my anger, confusion and frustration into words: I began to blog about my experiences and found a new community of women with breast cancer who share stories and advice with honesty and warmth.

Today, I am devoted to raising awareness and encouraging discussions about these most difficult subjects. Talking helps. We can’t let fears stop us confronting the deeply personal, often uncomfortable truths about cancer. It’s something one in every two of us will develop.

Roughly 460 people die in the UK every day from cancer. Millions more live with it. Even if you ‘survive’, treatment can change your body and your life for ever.

That’s why it’s important to know not just how to live well with the disease, but also how to best support someone you love to do the same. I’m proud of how far I’ve come since those terrifying first few months of my own cancer journey. But I was back to square one with Mum.

Black humour is incredibly common among people living with cancer. Mum had been on Twitter since 2019, proudly declaring herself ‘Liz O’Riordan’s mum’ on the social media site, to champion my campaigning. But since she started posting about her own diagnosis, she’s gained a huge, supportive new fan club.

The day before her amputation, she told her nearly 4,000 followers she was about to be a ‘one-armed bandit’, has described herself as the ‘swashbuckling chemo granny’ and stayed cheery and positive.

She now wears a ‘one-armed bandit’ T-shirt I found online. We’ve laughed so much since then and it’s been a huge release of tension.

But every once in a while I’ll overstep the mark.

Mum tells how I had once joked that I would have her engagement ring once she’d gone. She just went quiet. It was quite a shock and she wasn’t ready to confront that. We talked about it later and I apologised. I have to remember I’ve had a head start and that my prognosis was better than hers.

Mum isn’t ready to go there yet and I’m learning to follow her lead. But if you can laugh, it means it’s not always all doom and gloom.

When we came back from hospital after the diagnosis, Mum couldn’t face cooking, so she and Dad had a chip butty and a Magnum ice cream. Of course, she tweeted about it. Her followers loved it and one even started a hashtag – #BeMoreIsobel – in tribute to her indomitable attitude.

It’s so important to cherish those small pleasures when the future is uncertain.

Mum loves gardening and had been planning to fill her borders with plants before cancer came along. So when nursing her broken arm, we filled them with colourful bedding plants. She says watching things grow makes her feel brighter, brings joy to her life.

And she isn’t giving up on things that make her happy, despite being harder. She’ll put on lippy and earrings, she’s baked scones and a Mary Berry banana loaf. She jokes that the trickiest bit is getting the dough out of the bowl… 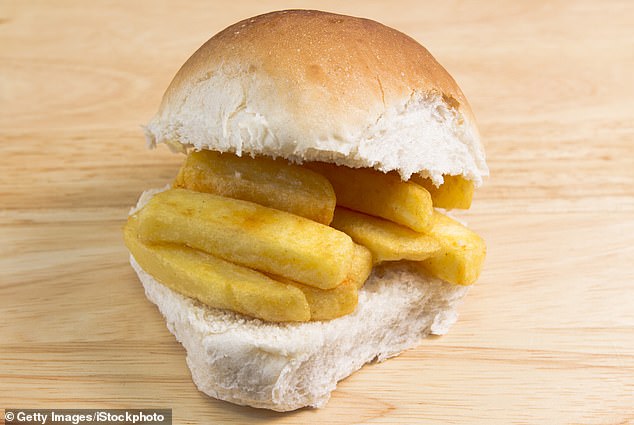 When we came back from hospital after the diagnosis, Mum couldn’t face cooking, so she and Dad had a chip butty and a Magnum ice cream. 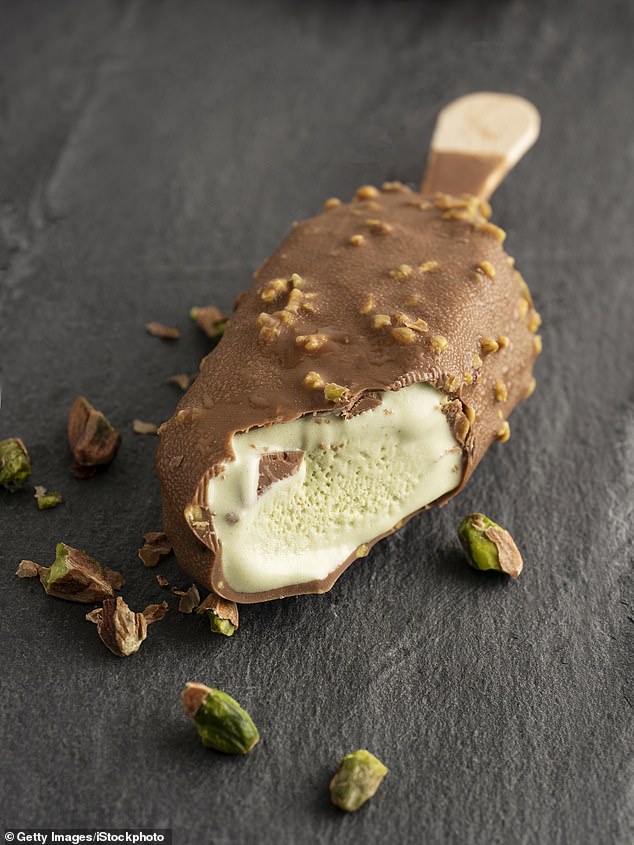 Of course, she tweeted about it. Her followers loved it and one even started a hashtag – #BeMoreIsobel – in tribute to her indomitable attitude

YOU CAN HELP… BUT DON’T FUSS

When I was having chemo, I told Mum and Dad not to visit. I didn’t want them to see me in pain. But I later regretted this. At times my energy was so low, I’d have loved Mum to help me get comfortable in bed, rub my forehead or get me a drink.

It’s that practical help which is most useful. When Mum’s arm was broken we helped her shower, get dressed and cut up her food.

For people too embarrassed to ask for help, you could offer to fill their freezer with easy meals, mow their lawn, change the bedsheets or walk their dog. But take your cues from your loved one.

DON’T BE UNPREPARED FOR THE END

Nothing can prepare you for the emotional impact of losing a loved one. But you can take practical steps to make the aftermath less difficult.

This was something I tackled recently on my podcast ‘Don’t Ignore The Elephant’ – where I have honest conversations with guests about subjects that normally we don’t discuss.

Actress Emma Thompson’s husband, Greg Wise, came on to talk about losing his sister to breast cancer. He said how important it was to have a ‘death box’.

It doesn’t have to be a box, but somewhere containing internet and banking passwords, instructions for the washing machine, copies of wills, funeral wishes and power of attorney. It’s uncomfortable to bring it up but it’s important. Mum and I are sorting this out at the moment.

A LITTLE KNOWLEDGE CAN BE DANGEROUS

When mum was diagnosed, I knew nothing about osteosarcoma and against my better judgment, went straight to the internet.

Two-thirds of sufferers survive five years but that drops to ten to 30 per cent once the disease has spread. I knew they were just numbers. No one can tell you if you’ll be one of the lucky ones. But it still scared me silly.

Whether or not you respond to chemo is key. And that we can’t predict. Mum’s decided to be guided by doctors. She says: ‘I’m sure there will come a time when I’ll want to know more. They might say nothing’s working. I’m taking it day by day.’

If you must look, get information from the big cancer charities and ignore the influencers on TikTok.

LOVED ONES CAN PICK UP ON WHAT YOU’RE HIDing

My desperate Googling led me to assume Mum wouldn’t make it to Christmas. I tried to remain positive but she saw through me.

‘Within a day of my diagnosis I knew Liz thought I was as good as dead and buried,’ she says. ‘I hated the idea my family were talking about me behind my back.’

Hurting Mum was the last thing I wanted to do. It’s a difficult path to navigate. Everyone – patients and family – will fear the worst but feel they have to put on a brave face and be relentlessly positive.

Have someone you can offload to. It’ll help you worry less, so when you’re with your loved ones you can support them better.

FIND A WAY TO TALK ABOUT IT ALL

Mum met a fellow patient who called her cancer ‘Ethel’. She did this so it would be easier for friends to bring it up and not feel so gloomy: ‘How’s Ethel?’, they’d ask. She’d tell them: ‘She’s being a bit of a bugger,’ or ‘Ethel’s not giving us too much bother today.’

I know that as a patient, you can feel huge guilt that you’re putting those you love through so much stress – and it makes you want to close up at the moment when you need to be asking for help.

You don’t have to name your cancer but do find a way to talk about it. If you are afraid, or in pain, you need to vent. Carers also need to be able to listen.

I went into autopilot when Mum was diagnosed – cancelling things to take her to appointments, keeping busy so I didn’t have to deal with my feelings. Once Mum recovered from her op, walls came crashing down. Depression hit hard and I hadn’t seen it coming.

I didn’t want to tell Mum that I was struggling but she needed to know. Together, as best we can, we’re getting through this.

Isobel will be on Dr O’Riordan’s podcast, Don’t Ignore The Elephant, on October 10, on Apple Podcasts, Google Podcasts and Spotify. For information about bone cancers, visit bcrt.org.uk.