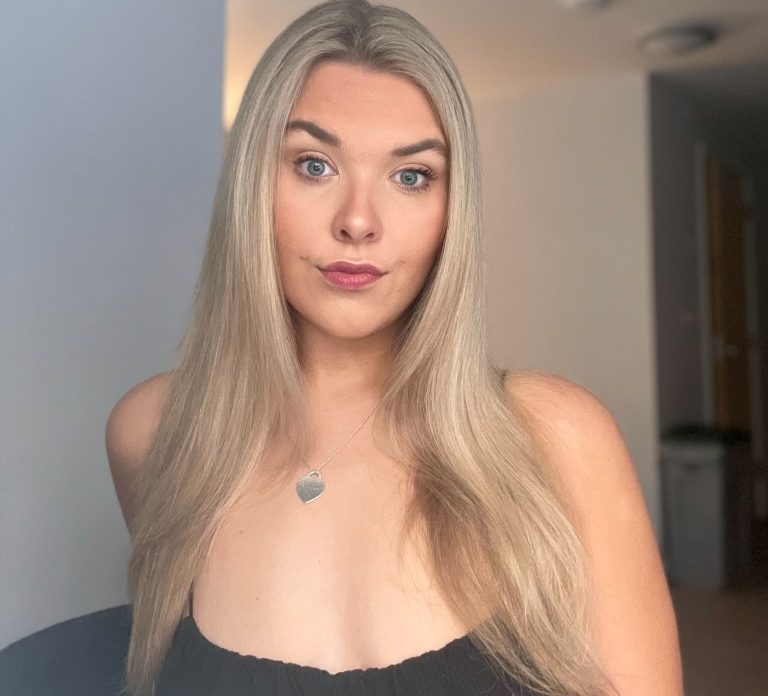 It was 2015 and I wasn’t the slimmest of teenagers. I worried a lot about my weight – especially when most of my friends were smaller than me.

I can’t remember if this diet was an online fad meal plan or an unnecessarily expensive meal replacement shake. In my late teens, I found myself regularly going to school fuelled by slimming shakes, a handful of blueberries and gallons of Diet Coke.

This served as a catalyst for a five-year-long struggle with an eating disorder. It was ongoing until last year when I began treatment aged 21.

I knew getting healthy again would be a challenge, but I was not prepared for the so-called ‘extreme hunger’ that I’d experience as part of my recovery.

I had spent months working with psychiatrists and nutritionists who helped me to restore a healthy weight and develop a better relationship with food. It was a massive transformation, considering in December 2020 I was underweight, pale, and always cold. I hadn’t had a period in months, my hair was falling out and the mere mention of a carbohydrate sent me into a fit of panic.

By May 2021 I was weight restored. The doctor at the unit used a mixture of cognitive behavioural therapy along with a meal plan designed for sufferers of eating disorders.

It felt great to finally get help for something I had been struggling with for so long.

But I was also growing increasingly unsettled by my constant hunger. I found myself always thinking about food – more so than ever before.  I would lie awake at night and think about raiding the fridge. These thoughts were often met by feelings of guilt.

I was ravenously hungry every minute of every day, waking up and going to bed with an insatiable appetite I couldn’t seem to satisfy.

I didn’t realise at the time that what I was experiencing is what many eating disorder specialists refer to as ‘extreme hunger’. At this point, I had never heard of the term.

In one of my final appointments at the eating disorder unit, I raised these concerns with my doctor, who explained what the phenomenon was.  He told me that after prolonged periods of restriction, the metabolism speeds up, meaning more of the hunger hormone ‘ghrelin’ is released – this means the body’s hunger signals are essentially ‘off’.

I had been worried about ‘swinging too far the other way’ - and it turned out these worries were justified. It was a relief to know that other people in my position were also experiencing this. But I still had absolutely no idea how to curb my bottomless appetite. Yes, I was eating somewhat normally again through my recovery treatment plan, but the idea of giving in to these cravings was too scary for me to comprehend, due to my pressing fear of gaining weight.

I was sticking to the diet plan the eating disorder team had given me, restoring weight at a steady level, and attending weekly weigh-ins. Yet I still had this persistent urge to clear the kitchen cupboards.

I spoke to friends and family, who encouraged me to honour the intense cravings I was having. But as I was still so afraid of weight gain, the advice they gave me fell on deaf ears. After two months of feeling bothered by relentless feelings of hunger, I decided to do some research.

I took to Google and to my surprise, found a wealth of stories that were nearly identical to mine. Sufferers who had once found themselves at the mercy of the kitchen scales were now fighting the urge to eat their body weight in food.

Then, while researching, I stumbled upon the ‘all in’ method.

This concept advocates eating to full satiety, with no limits. Not leaving the table with an ounce of hunger. This could look different for everyone, but in some cases can amount to 5,000 calories a day.

Over time, the number of calories  reduce as people start to see their extreme hunger subside. The idea of trying this scared me.  I had accepted that I needed to gain weight to be healthy and with the help of the NHS eating disorder unit. But I hadn’t fathomed for a second that I may have to gain even more weight to fix my extreme hunger.

But I couldn’t continue to live every day constantly thinking about food. I wanted to feel ‘normal.’

Despite having been through a successful treatment programme, every time I went out for a meal with friends, I’d still search the menu for the lowest calorie option. That’s when it dawned on me: ‘I’m literally living my life in fear of weight gain. How can I say I have recovered if that is still a dominating fear in my life?’

So, I did it. I began to eat what I wanted, when I wanted. When I ate, I did so with the intention of honouring my appetite.  If I wanted something, I ate it. It may sound strange, but to go from constantly arguing with myself about whether something was ‘safe to eat’, to just eating something pretty much worry-free, was really freeing.

I can’t specifically remember the first time I had an ‘all in’ meal, but I remember one morning reaching for a bowl of cereal and automatically getting out the kitchen scales so I could weigh out how much I was having and put it into my calorie counter. Despite the anxiety of not knowing exactly how much I had eaten, I decided that I was going to stop weighing out every ounce of food. This aided in reminding me that food is simply just food, fuel for your body – not a scary plate of numbers and percentages.

Yes, my weight skyrocketed at first. This is something I have accepted will likely be a bugbear of mine for a long time – maybe it’s due to societal pressure, or the eating disorder voice telling me I’m ‘out of control’ – but when I say that my quality of life is much better now after only a few months of being ‘all-in’, I mean it with every ounce of my being.

I won’t pretend I know the scientific reasoning behind this method, but for me, it did work. When I mentioned it to my doctor, he said that often in periods of food restriction, it may take something dramatic like eating 5,000 calories a day to fix the damage done to the metabolism.

Essentially, your body is playing catch up after periods of being starved of energy.

He reassured me that what I was experiencing was normal and that it would take time for my hunger signals to return to normal.

At first, it was strange. It takes a while to break a habit. Going from scanning every barcode to just freely eating everything I fancied was difficult, as it went against a system of beliefs that I had been living my life by for five years.

A few months in, the feeling of being starving all the time is beginning to subside.

Not only do I finally feel as though my hunger signals are fixed, I feel confident saying that I have met my goal of food freedom – a far cry from the girl who was once too scared to be in the same room as a Jaffa Cake.

Eating disorders are known as having one of the highest mortality rates amongst all psychiatric disorders, and recovery is a very long and scary process often met with difficulties. Extreme hunger is one of these, but sufferers seldom know that what they’re experiencing even has a name.

Nutritionists have been studying this for years, but it is often not mentioned as a side effect of recovery.

When I arrived at the eating disorder unit last year, there was a rush to fix the issue at hand, but no warning about what to expect after recovery.

Those in recovery will likely know how terrifying the concept of eating limitless amounts of food each day is, but if I have learned anything from this, it is that the only medicine that can fix an eating disorder is food.

Through listening to my body, I can confidently say that I have not only fixed my extreme hunger, but I am on my way to a full recovery and my relationship with food has never been better.

If you or someone you know is struggling with an eating disorder, please call Beat on 0808 801 0677. Support and information is available 365 days a year.