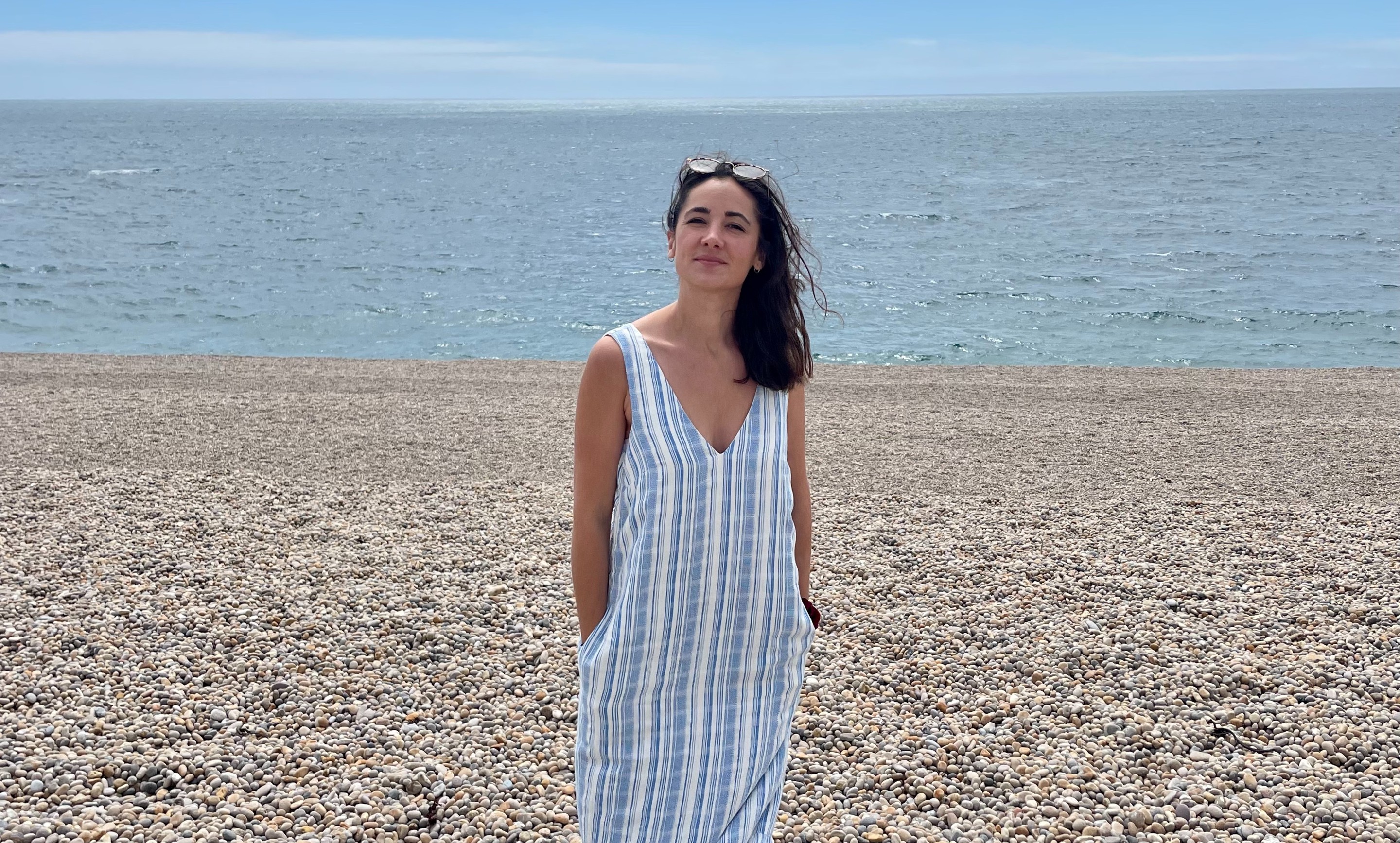 The date 26 November 2020 is one that will stick in my mind forever.

Like anyone expecting, with my first pregnancy I was excited, nervous and delighted to finally be seeing what was growing inside me – the 12-week scan being a confirmation of what was to come.

On the morning of the appointment, my partner and I got a taxi to the hospital.

All seemed OK. It wasn’t until we were in the ultrasound room and I was lying on the bed, cold gel on my body, holding my partner’s hand when everything changed.

We were told our baby did not have a heartbeat. Our baby had stopped growing at nine weeks.

This was the most shocking and overwhelming feeling I have ever had. We were devastated.

Unfortunately, I’d have two more miscarriages before I’d be allowed to access NHS support services to check for underlying causes.

This is a hugely unfair rule and miscarriage is too traumatic not to receive help the first time around. I was grieving, wanted answers and felt helpless. Not being offered support only increased my anxiety around trying again for a baby.

We left the new modern maternity block where just moments before we had walked in filled with hope and headed over to the somewhat tired and chaotic hospital, to the early pregnancy unit.

I went for yet another ultrasound only to confirm our loss. It was there that I found out that one in four pregnancies result in miscarriage – and I was shocked.

I strongly believe now it should be discussed from the outset, almost like a disclaimer, perhaps it would have better prepared us for the worst.

We sat with the nurse broken and confused – why? She lacked answers, said it was very common, gave us a leaflet on miscarriage and told us to just keep trying.

As a freelance makeup artist, working from home is not an option. So, I opted for ‘Surgical Management of Miscarriage’ (SMM) to remove the baby.

The procedure was done in a day and it meant that I could go back to work quickly, which was what I wanted. I needed the distraction from our loss.

It was at this point where my partner and I felt we should have been offered support and be referred to the miscarriage unit. It would have not only helped for medical reasons, but emotionally too.

It would have shed some light on the cause, if indeed there were any underlying conditions. To know there might be answers would have relieved some anxiety. To know our case was being looked into would have provided us comfort in an already difficult time.

But sadly, it wasn’t until we experienced a third miscarriage after a very stressful few months of trying that we were offered this help.

In the months that passed, I took time to grieve and got my body back to normal. I felt like such a failure as a woman and I would look at my body with shame, not fit enough to carry a baby.

My partner was patient with me and when we felt ready, we did as the nurse recommended, we kept trying. In May of this year, we successfully conceived again. But sadly, this resulted in miscarriage too, at just four weeks.

This one is known in the medical world as a chemical pregnancy – where the egg is fertilised but doesn’t fully implant in the uterus. Again, something I only found out when I was experiencing it first-hand.

I called the early pregnancy unit to ask what was happening. I explained I had a recent positive pregnancy test but I was bleeding. I couldn’t believe it. My partner and I were at another loss and still had no answers.

This being our second miscarriage, we were told once again to keep trying.

So we did. We got pregnant a third time in July.

But, this also resulted in miscarriage a few weeks later, in early August. We couldn’t believe our bad luck. At this point, we were both at our wit’s end. However, it was a bit different this time.

Finally, we were referred to the recurrent miscarriage unit. There was some hope for our case.

We both had fertility tests. My partner had a semen analysis and I had a blood test taken and an ultrasound scan. In October, we got a call from the doctor who explained the results.

Fortunately for us, there were no underlying conditions. It was a great outcome and just having an expert to talked to eased the mental burden too.

Yet, although we had answers about our fertility, the results unfortunately still did not shed light on why we suffered recurrent miscarriages. If our fertility was good, was it just bad luck? The doctor’s advice was to continue with a healthy lifestyle.

He explained one further treatment I could have – tubal flushing, which is when a doctor uses a liquid medium to pass fluid under pressure through the fallopian tubes to ensure that these structures are open. Something for us to consider as we wouldn’t be allowed to try for a baby in that month.

Even if the results were the same, certainly mentally I would have felt better, I wouldn’t have felt in the dark.

The conversation ended with the doctor saying he would revisit our case in the Spring of 2022 had we not successfully conceived by then.

There needs to be more studies into miscarriage, considering the stats are pretty high. A loss is a loss, and more support is needed for those women who go through this.

In July, I had the chance to help make a difference to this rule. I was approached by a producer who was making a film called ‘Who’s Counting?’, which conveys the sheer pain, trauma and impact baby loss can have.

The film was created by The Progress Film Company together with pregnancy and baby loss charity, Tommy’s, to truly show that losing a baby should never be ‘just one of those things’ and that every loss should count.

Hopefully, in turn, encouraging people to get involved to help change the miscarriage story in the UK.

The crew was comprised of others personally affected by baby loss, making this poignant story of a couple who endure three miscarriages even more touching. A story so close to my heart, it felt important to be part of the project.

Of course, there were moments on set that I found quite difficult. There was one scene in particular in which the woman has SMM. It was like an out of body experience; I felt myself walk into the hospital room where we were filming the scene and saw the character about to go through this procedure.

It was painful. But, it enabled me to face it and help come to terms with my loss.

Since making the film, it has inspired Tommy’s to launch the UK’s first ‘Record of Loss’, where women are being encouraged to add their names to a register in a first attempt to record the number of miscarriages in this country.

This is a great achievement for the UK but also on a personal level. I have added my name to the register and hopefully with this, more studies will be done on miscarriage.

Through my journey with miscarriage, I have learnt that I am not alone. I am part of a community of many people who have experienced loss.

I wish I had known it was so common before I fell pregnant and that the conversation around miscarriage had less of a taboo attached to it.

I have grown stronger from my loss and my partner and I have grown closer. We will continue to try for a baby and revisit our options in the Spring of 2022 if we still haven’t conceived.

I stay hopeful for our future and fingers crossed one day we will have a family.

If you’ve experienced a miscarriage, you can add your name to Tommy’s record on their website here.