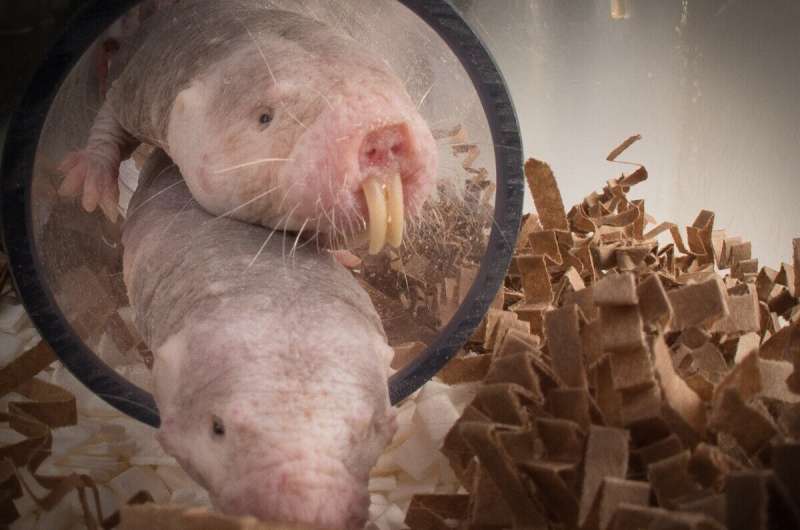 Researchers at the University of Ottawa have discovered how the naked mole-rat can save energy in hypoxia and survive in low oxygen conditions. The mechanism by which these wrinkled, nearly hairless African mammals tolerate hypoxia, offers clues to humans as to how nature has solved the problem of hypoxia tolerance.

Their study “Naked mole-rat brown fat thermogenesis is diminished during hypoxia through a rapid decrease in UCP1” is published in Nature Communications.

To learn more, we talked to senior author Matthew Pamenter, Associate Professor in the Department of Biology at the University of Ottawa, and head of the Pamenter Lab.

Please tell us more about this research.

“Thermoregulation, or heat production, is a very big energy demand in small rodents. But in hypoxia—a deficiency of oxygen reaching the tissues of the body—saving energy is key to survival. We study naked mole-rats, which are among the most hypoxia-tolerant mammals. They reduce their metabolic rate by up to 85% in severe hypoxia.

“We wanted to know how they “trade-off” between thermoregulation and energy savings in hypoxia. We found that they shut down non-shivering thermogenesis (in mitochondrial brown adipose tissue) VERY fast, via a novel mechanism.” 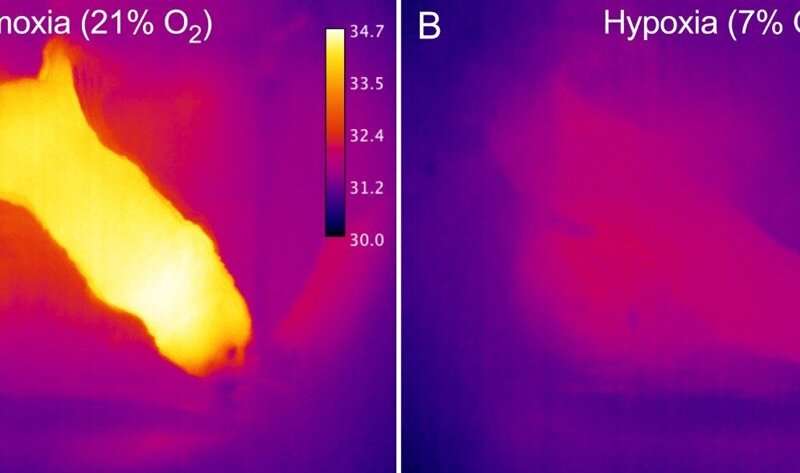 What is this novel mechanism?

“This mechanism is a very rapid removal of uncoupling protein 1 (UCP1) from intrascapular brown adipose tissue cells. They can do this within an hour of exposure to moderate hypoxia, whereas in other small rodents reducing UCP1 takes 3+ days. This is a major step towards understanding how naked mole-rats can save energy in hypoxia and survive in a hypoxic environment.

“We also found that a similar rapid change in UCP1 occurs with hypoxia exposure in three other social species of mole-rats but not a solitary species, suggesting that this response may be driven by colony social structure in small rodents (naked mole-rats are a eusocial species, like bees and ants).” 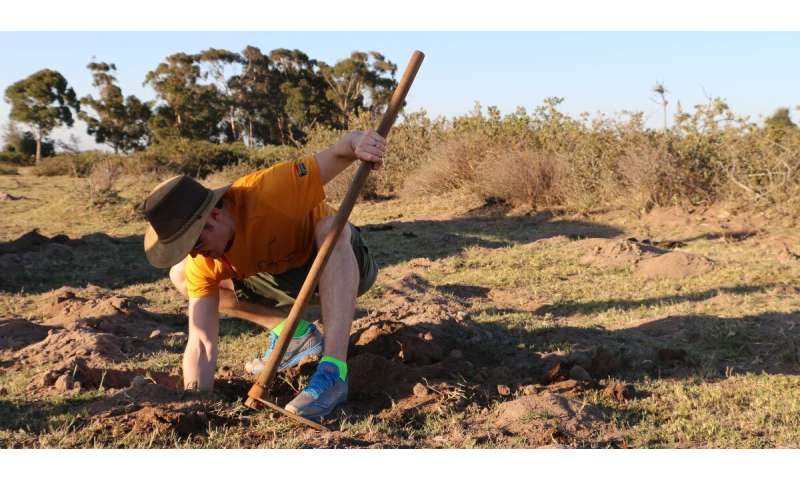 How could these findings apply to humans?

“Hypometabolism (or reducing energy use) is critical to tolerating hypoxia and naked mole-rats offer clues into how nature has solved the problem of hypoxia tolerance.

“Hypoxia is a key component of many human-related pathologies, including stroke, chronic pulmonary disorders, etc. Regulation of brown fat activity has also been linked to weight loss strategies in humans.”

How was the research conducted?

“We used thermal cameras to noninvasively detect heat changes in awake and freely behaving naked mole-rats during exposure to normoxia and hypoxia and then used molecular approaches to measure changes in key mitochondrial proteins before and after hypoxia in brown adipose tissue.

“We also travelled to South Africa, supported by a National Geographic Explorers grant, to trap and collect tissues from other mole-rat species used in this study. We collaborated with Nigel Bennet, a researcher at the University of Pretoria in South Africa, to trap animals.”