Revealed: How the so-called sunshine vitamin could cut migraine attacks

Taking a daily vitamin D supplement could cut the number of migraine attacks dramatically, according to the results of a new trial.

Vitamin D is dubbed ‘the sunshine vitamin’ because it is produced in the skin after exposure to sunlight.

The treatment nearly halved the attacks patients suffered during a six-month trial — with those taking the daily supplement (and no other medication) going from having migraines more than six days a month to just three. 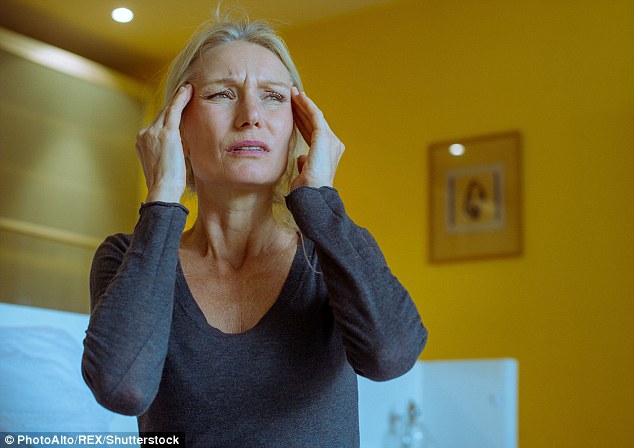 Common condition: Debilitating migraines affects around one person in ten in the UK

The ‘sunshine’ pill is thought to work by combatting inflammation in the tiny blood vessels in the brain that can play a part in the painful episodes.

Some studies suggest it keeps the endothelium — the layer of cells that coats the inside of all blood vessels — smooth and pliable, allowing blood to flow easily.

Migraine affects around one person in ten in the UK.

Over-the-counter painkillers, such as paracetamol and ibuprofen, can help mild attacks. In more severe cases, patients are prescribed triptans, which work by restoring the chemical balance in the brain that is disrupted by migraines.

These drugs all tackle the pain once a migraine sets in and, for years, were the only option.

But, in July this year, a UK licence was granted for the first medicine to actually prevent attacks. Called erenumab, in trials it reduced migraine frequency from around eight days a month to between four and five.

However, the drug, which could be widely available on the NHS next year if it gets the backing of spending watchdog NICE (the National Institute for Health and Care Excellence), costs around £5,000 a year and has to be given as a monthly injection in a clinic.

Vitamin D capsules, which cost as little as 4p each, could be a cheaper and more convenient alternative, according to the latest study. 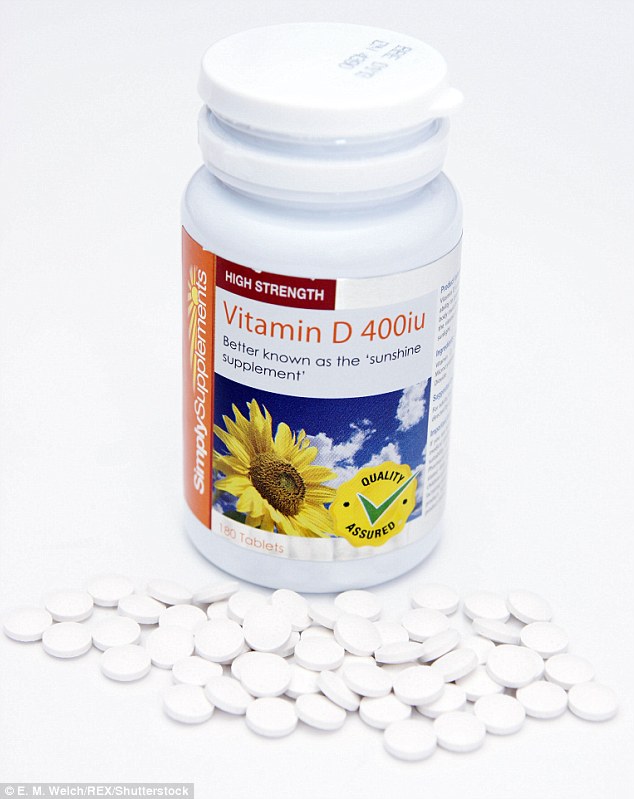 Good news? Vitamin D capsules, which cost as little as 4p each, could be a cheaper and more convenient alternative, according to the latest study

The scientists, from Aalborg University in Denmark, undertook the trial because previous investigations had suggested that migraine sufferers were more likely to be deficient in vitamin D than non-sufferers.

The human body gets most of its vitamin D needs through exposure to sunlight, although it is also found in foods such as oily fish, cheese and eggs. The vitamin plays a vital role in helping the body to absorb calcium from the diet, to build healthy bones.

Some studies suggest it could also protect against heart disease and even cancer.

The Danish team recruited 48 migraine sufferers — half of them took 100mg of vitamin D, while half took a placebo pill, every day for six months.

Patients documented the frequency of their migraine attacks, as well as the severity of their symptoms. The results — published in the journal Current Medical Research and Opinion — showed that attacks were almost halved in those on the ‘sunshine vitamin’, while the placebo group saw barely any change.

But there was no improvement in the severity of the symptoms, which suggests that, although the vitamin may prevent migraines, it does not ease the pain when they do occur.

The researchers are now planning larger studies to confirm the findings.

‘Larger studies are needed to verify the results, but this is significant,’ he added.

‘Vitamin D supplements are cheap as chips and safe to take, so it makes sense to investigate them further.’

■ MEANWHILE, looking at paintings could provide an unexpected form of pain relief.

A study of 56 patients with chronic pain at the University of California in the U.S. found that 57 per cent of participants reported pain relief during and after a group trip to a gallery.

The researchers concluded the group element of gallery outings could help by creating a sense of inclusion that contrasted with the social isolation experienced during conventional treatments, which could exacerbate symptoms.