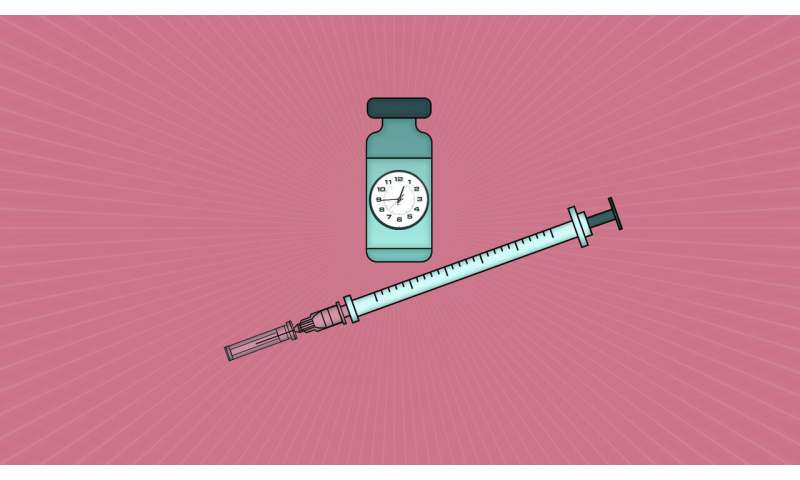 How quickly do I need a second COVID-19 vaccine shot?

People should get some degree of protection within two weeks of the first shot, with the second shot bringing about the vaccine’s full protection. For the vaccine by Pfizer and Germany’s BioNTech, the second shot is supposed to be after three weeks. For Moderna, it’s four weeks.

But how closely those guidelines should be followed has been a point of difference for the United States and the United Kingdom, which has been rolling out the Pfizer vaccine and one by Astrazeneca that requires two doses given four weeks apart.

To get more first shots into people and give them at least some degree of protection, the UK says it’s OK to delay the boosters for as long as 12 weeks. But that strategy has been nixed in the U.S., where regulators say there’s no science backing the approach.

A major concern is that it’s unknown how long the partial protection from one dose can last. “There is no data to demonstrate that protection after the first dose is sustained after 21 days,” Pfizer said.

U.S. regulators agreed, saying too few people in the Pfizer and Moderna vaccine studies missed their scheduled boosters to have enough data to show the strategy might work.