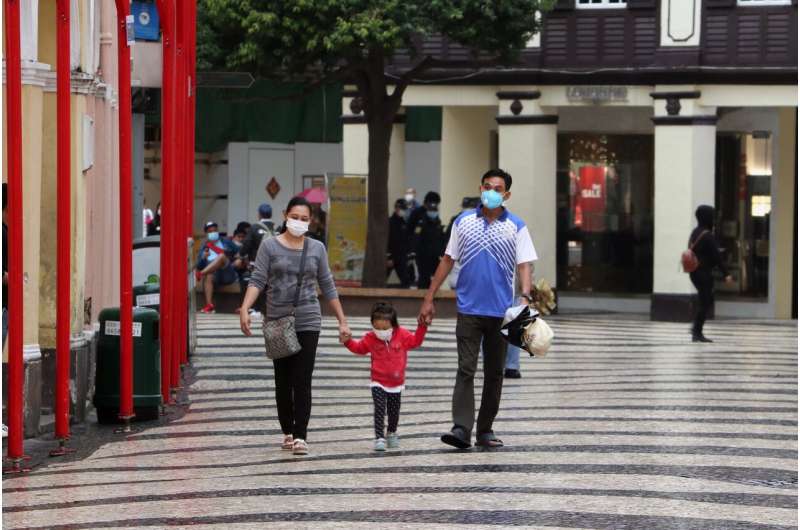 Cases of COVID-19 are surging around the world, but the course of the pandemic varies widely country to country. To provide you with a global view as we approach a year and a half since the official declaration of the pandemic, The Conversation editors from around the world commissioned articles looking at specific countries and where they are now in combating the pandemic.

Here, Mike Toole, Professor of International Health at the Burnet Institute, writes about how China went from pandemic epicenter with a dark history of silencing those who spoke out about the risks of the virus, to rapidly containing the virus in its latest outbreak. You can see the whole collection of articles here.

On January 5, 2020, the World Health Organization (WHO) issued a statement that five days earlier, it was informed of cases of pneumonia of unknown cause detected in Wuhan City, Hubei Province.

By January 3, 2020, a total of 44 cases had been detected. According to Chinese authorities, some patients were vendors and customers in the Huanan Seafood market.

And so it began

The outbreak was not widely reported at the time, although the BBC posted a piece two days before the WHO statement. I first learnt of it on January 8 from the New York Times. Having been involved in many epidemic responses and knowing that several viral pandemics—such as SARS and avian influenza—had originated in China, the story piqued my interest.

By then, the causative agent had been identified—a novel coronavirus named SARS-CoV-2. Investigators had not yet found evidence of person-to-person transmission.

And where did this virus come from? Well, we don’t really know. The WHO investigative team came to the following conclusion: “At this stage, it is not possible to determine precisely how humans in China were initially infected with SARS-CoV-2. However, all available evidence suggests that it has a natural animal origin and is not a manipulated or constructed virus. SARS-CoV-2 virus most probably has its ecological reservoir in bats.”

China’s response to the Wuhan outbreak

During early January 2020, a group of doctors in Wuhan who had been trying to alert colleagues to the risks of the outbreak were apprehended by security police and forced to sign statements denouncing their warnings. One of them, Dr. Li Wenliang, later died of coronavirus infection.

On January 23, authorities sealed off Wuhan, a city of 11 million. However, the mayor estimated up to five million people were able to leave beforehand during Spring Festival and the virus spread to every province and region in the country.

By then, person-to-person transmission had been confirmed.

On January 30, the WHO declared a public health emergency of international concern. By this time, China had reported 9,692 cases and 213 deaths.

Among patients, about 20% had become seriously ill and the rest had a mild illness, the WHO said.

On February 11, the WHO announced the official name of the novel disease: COVID-19. While the virus had been detected in more than 20 countries, the majority of cases were in China.

By mid-February, the country had reported more than 66,000 cases and 1,600 deaths. The health system was quickly overwhelmed and measures were taken like building two large new hospitals in Wuhan with a combined 2,500 bed capacity in the space of two weeks.

And then it was over

The seven day rolling average of new daily cases reached a peak of 4,670 on February 13. Just 30 days later it was down to 19. However, it should be noted that China only reports cases that are symptomatic, which may underestimate total SARS-CoV-2 infections.

This remains one of the most rapidly contained outbreaks of COVID-19 in the world during the entire pandemic.

Since that first wave, China has been determined to maintain zero COVID with just an occasional cluster disturbing the peace. By almost every metric, China ranks highly in containing the coronavirus.

Since April 1, 2020, the country has reported just over 12,800 new cases in a population of 1.4 billion. That’s about the same number recorded in Timor-Leste with a population one thousandth the size of China.

Overall, China has reported 66 cases per million population compared to 112,362 per million in the United States. This low number has been due to a combination of quick, early lockdowns, widespread testing and sometimes harsh limitations on people’s movements. The latter have been criticized by human rights advocates.

The vaccine rollout has picked up pace and 1.8 billion doses of CoronaVac and Sinopharm, both manufactured in China, have been administered, enough to vaccinate 66% of the population.

A study in Bahrain found Sinopharm is 90% effective against infection and higher against hospitalization.

Since late July, China has faced its biggest challenge since the first wave in Wuhan. An outbreak of the Delta strain, which began at Nanjing airport, led to 526 cases in Jiangsu province in the first two weeks of August and has spread to 12 cities, including Wuhan.

The strategy seems to be working—by August 15, new daily cases declined for the fifth consecutive day.

What lessons can China offer the world?

It’s hard to compare China with any other country. Its mass urban testing strategy, for example, is not feasible in most countries.