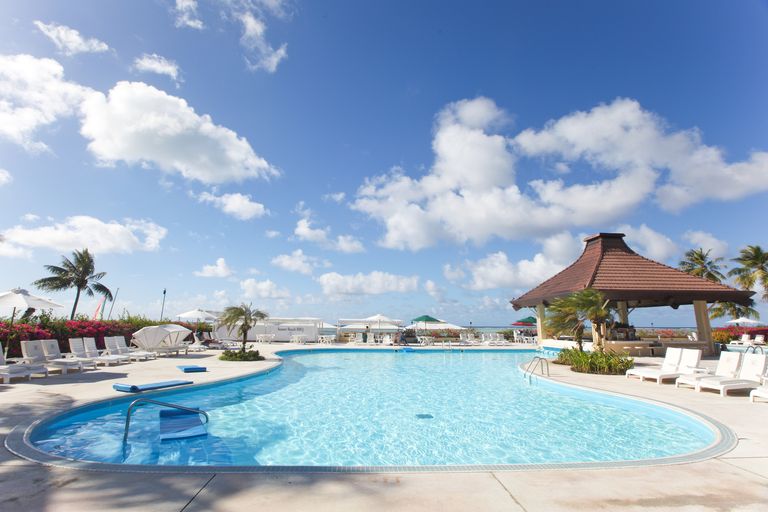 Summer pool parties are great — except when the water is filled with poop, that is.

Thousands of people have gotten sick from water contaminated with bacteria or parasites from other people’s diarrhea, according to the Center for Disease Control and Prevention’s Morbidity and Mortality Weekly Report.

Between 2000 and 2014, the CDC found that more than 27,000 people got sick from treated recreational water, and eight people died. The majority of disease outbreaks took place at hotels, including their pools, spas and hot tubs, but water parks ware risky, too.

Cryptosporidium — a diarrhea-causing parasite that’s spread by ingesting water contaminated with poop — was responsible for 58 percent of the outbreaks. This means that:

According to the CDC, Cryptosporidium can live for more than seven days under their recommended chlorine levels, meaning it takes crazy-high amounts of the chemical to eradicate the parasite.

But that’s not the only thing you have to worry about. The CDC also found two bacteria in public waters: Legionella, responsible for Legionnaires’ disease, and Pseudomonas, which causes ear infections and rashes. However, these two were responsible for fewer outbreaks.

So, does this mean summer is ruined?

No, but you should take precautions.

People at risk of developing Legionnaires’ disease — so smokers and those with weak immune systems — should avoid hot tubs and spas, as they are the most common sources of infection. You can also ask your hotel to see their pool inspection score, basically the water equivalent of restaurant health inspections.

Even though it’s not easy, try your best not to swallow any water. But most importantly, listen when the CDC says: “Don’t swim or let your kids swim if sick with diarrhea.”