Heart attacks are strongly tied to unhealthy lifestyle habits, such as eating a poor diet over a prolonged period of time. Saturated fats, which are found in processed foods, contain a type of cholesterol that clogs up your arteries. If your arteries become blocked with cholesterol, it can trigger a heart attack.

There are certain risk factors that you cannot control to the same extent, although leading a healthy lifestyle invariably provides a buffer.

One of these precarious risk factors is associated with winter, new research suggests.

Research published in the Journal of the American Heart Association shows that heart attack risk increases quickly after a flu-like illness, while stroke risk rises slower.

This raises concerns for the incoming winter, where many people will be contending not only with the flu but also a resurgence of the coronavirus. 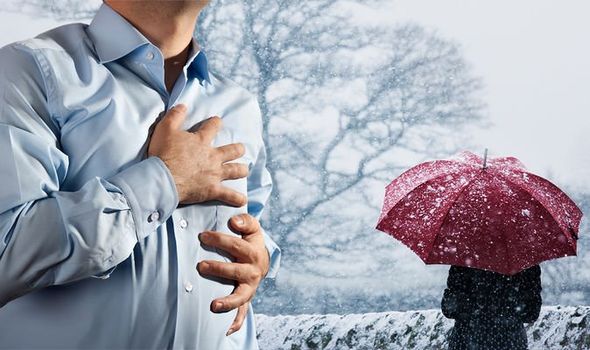 The study examined the relationship between the flu, heart attacks and strokes, which all occur more frequently during winter months.

Researchers analysed New York state public health data from 2004 to 2015 and structured their analysis on adults who were hospitalised or came to the emergency department for stroke, heart attack or “flu-like illnesses.”

Study author Amelia Boehme said teasing apart the data to focus on people with the flu from administrative records is a difficult endeavour.

Instead, her study relied on an algorithm developed by the U.S. Centers for Disease Control and Prevention to identify influenza and influenza-like symptoms through billing codes.

DON’T MISS
The natural shampoo you can make at home to stimulate hair growth without side effects [TIPS]
How to live longer: A juice known to slow down the ageing process to boost longevity [ADVICE]
Best supplements for longevity: Pill may help the ageing process and slash cancer risk [TIPS]

The study found that strokes and heart attacks increase during times of high flu-like illness rates, with a “time lag” occurring only for strokes.

“We found that if someone’s going to have a heart attack, it’s going to occur within seven days of the flu-like illness, during the acute phase,” said Boehme, an assistant professor of epidemiology in the department of neurology at Columbia University in New York City.

“With stroke, we see an increased risk seven to 15 days after, similar to heart attacks. But with stroke, there is an additional higher-risk period after 30 days.”

In light of the findings, she called for more research to help uncover why the flu and flu-like illnesses increase the risk of stroke and heart attack. 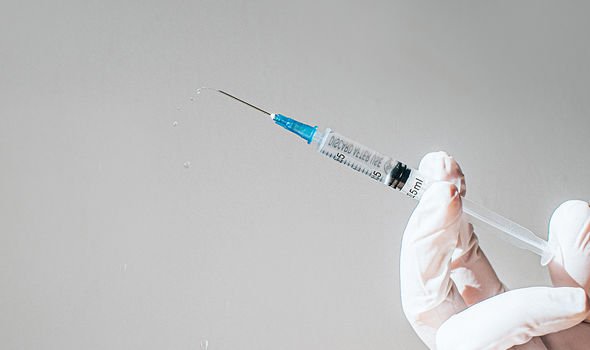 “Our study is just a small piece of the pie in understanding this. It raises a lot of questions about mechanisms,” Boehme said.

The researchers couldn’t determine whether people included in the study had received a flu vaccine.

Am I eligible for a free flu jab?

If you are affected by any of the following then you’re likely to be eligible for a free flu vaccination funded by the NHS (England and Wales only): 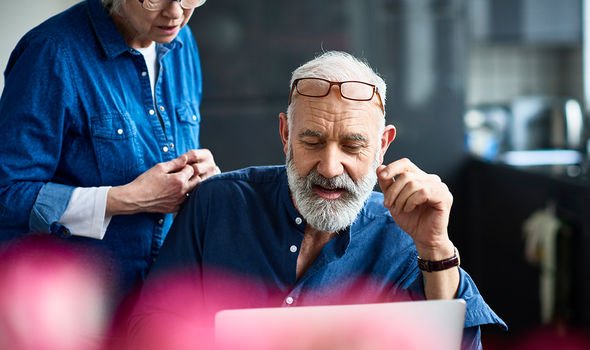 This year, the government has extended the list of who is eligible for a free flu jab.

It now includes people who live with someone who’s at high risk from coronavirus (on the NHS shielded patient list).

Symptoms of a heart attack can include:

“Although the chest pain is often severe, some people may only experience minor pain, similar to indigestion,” says the NHS.