It was big news in Sri Lanka’s major newspapers and was supported by Australia’s high commission and local dignitaries.

But less than five months later, the Seasons Sri Lanka clinic was no more. Its abrupt closure came suddenly, just days after a patient discharged in controversial circumstances on New Year’s Day was found dead in a seedy Colombo park, the victim of a suspected murder. 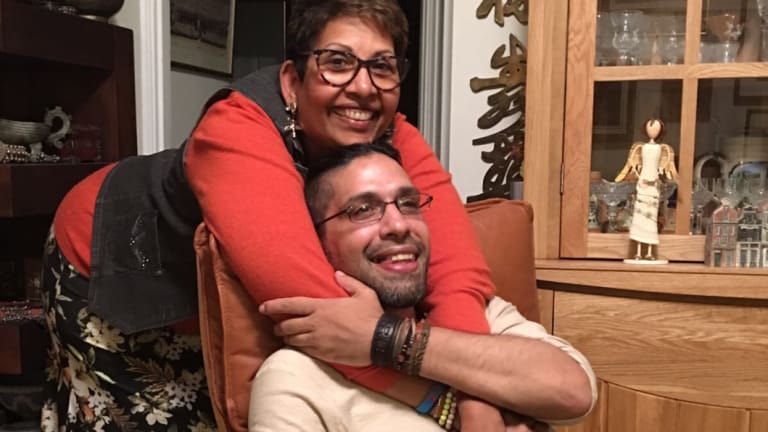 Charles Beare and his mother, Maryanne Beare, before he went for drug rehabilitation treatment at Seasons Sri Lanka last year.

An Age and SMH investigation into the short-lived Seasons Sri Lanka operation has raised serious questions about the clinic’s duty of care to a vulnerable patient, as its Australian and Sri Lankan partners each point the finger of blame at the other.

Founded in 1997 by addict-turned-rehab-guru, Richard Smith, the Seasons Hader Group is headquartered in Melbourne and has clinics in Geelong and Essendon. It also has an office and a clinic in Queensland. For a brief time, it was operating in Thailand, Sri Lanka and Bali. Now, Bali is the only overseas clinic still open.

The largely unregulated private rehab industry has grown big in Australia as drug use continues to rise and publicly funded treatment options remain scarce. To get a bed to undergo a three-month program at a Seasons Hader residential clinic costs more than $30,000. Other private operators charge about the same.

At the newly opened Seasons Sri Lanka, treatment was cheaper than clinics in Australia, and, in November last year, British man Charles Beare, 37, sought its services thanks to the generosity of friends and family who raised about $12,000 to help him finally overcome his 20-year battle with drugs.

Mr Beare had started out using ecstasy and marijuana before a long dalliance with heroin. 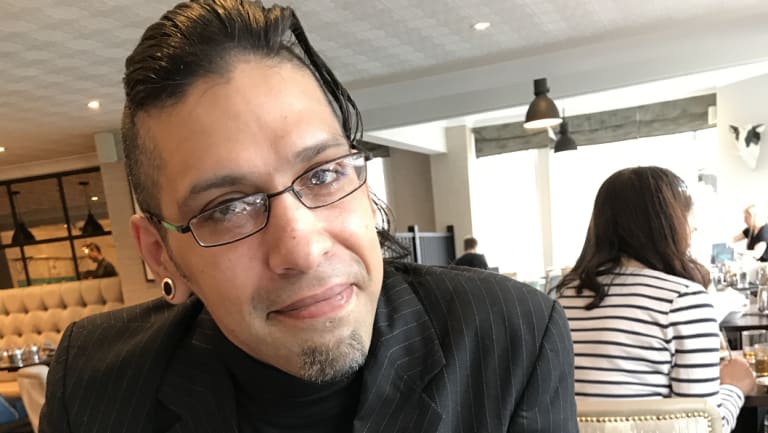 Charles Beare before he went for drug rehabilitation treatment at Seasons Sri Lanka.

But all were hopeful the expertise promised by Seasons Sri Lanka’s Australian staff would get him clean and keep him that way.

But according to sources familiar with the facility, Seasons Sri Lanka was not all it was made out to be. It did have a swimming pool as promised, but there were questions about the direct alcohol and drug treatment expertise of some of the staff, several of which were reformed addicts.

The Australian management of the Seasons Hader Group said the majority of frontline staff in Sri Lanka had undergone a rigorous three-month induction program and had qualifications in counselling and related areas.

For Mr Beare, things began to go wrong on New Year’s Day. He and an Australian patient whom Fairfax Media has decided not to name, went on a supervised excursion from the former Colombo orphanage where the Seasons Sri Lanka clinic was based. They visited a market where it’s believed they bought about 900 Valium tablets for less than $10.

Back at the clinic later that day, it became obvious that Mr Beare and his Australian friend were affected by drugs. Being in that state and bringing drugs into the clinic was a clear breach of the “cardinal rule” of having no mood or mind-altering substances on site. Both men were discharged, and were quickly booked on flights to their respective homelands.

According to a source working at Seasons Sri Lanka at the time, Mr Beare was highly distressed at the prospect. He had consumed more Valium and was not in control of himself, the former staff member said. Mr Beare said he was ashamed, believing he had let down those who had sponsored him.

Still, rules are rules and he was taken to Colombo’s airport.

Back in the UK, Mr Beare’s mother, Maryanne Beare, was expecting her son to arrive home on January 3 or 4. Instead, she got a telephone call from a British foreign office official. Her son was dead. His post-mortem report detailed a suspicious scene. 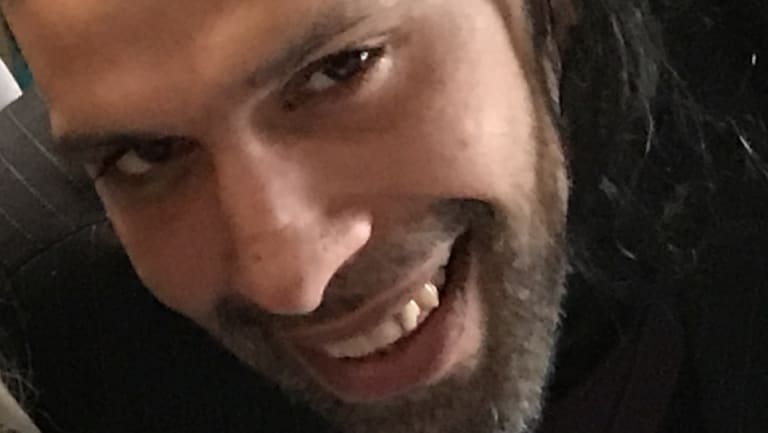 Mr Beare’s grey trousers were partially pulled down to expose his underwear. A small fire had been lit beside him. In the ashes were the singed remnants of a book and a glasses case. A small injection mark was on the back of his left hand, but a toxicology report found no opiates in his system. The cause of death was blunt force trauma to the head and neck.

Police have arrested two Colombo locals in connection to Mr Beare’s death. They have reportedly said he wanted them to help him score some heroin. There’s no suggestion anyone from Seasons Sri Lanka was involved in Mr Beare’s death.

But Ms Beare believes the rehab clinic had a duty of care to her son to ensure he checked his luggage and passed through Sri Lankan passport control, especially given his distressed state and the likelihood he was still affected by the Valium he had taken.

A search for answers

For months, Maryanne Beare has tried without success to get answers from the Season Hader Group’s Australian management about what happened that day at the airport.

“Why won’t they answer my questions?" Ms Beare said.

"Did anyone from Seasons stay with him to ensure he made his flight? He was still under the influence of a drug and would have been extremely vulnerable. So there is a basic duty of care question here,”  she told The Age/SMH.

The former Seasons Sri Lanka worker, who knew Beare personally, agrees. At Colombo’s airport, travellers can be accompanied right up until the immigration section.

“He was still stoned and not in control of himself. Staff didn’t take that into account and no one went through with him,” the former staff member said.

“They were just following Seasons protocol, but the protocol is wrong.”

Ms Beare accepts her son broke the clinic’s rules which under the patient handbook meant he would be sent home. But the Seasons Sri Lanka patient handbook makes specific reference to the dangers of discharged patients being left alone in a foreign country.

“We want to avoid clients being alone in a foreign country and vulnerable to the possibility of using drugs or alcohol here, which can be extremely dangerous.”

This is precisely the situation Mr Beare found himself in. He left the airport by taxi and checked into a hotel. He rang his mother and told her he would get another flight the next day. Then he headed out for a meal, unaware it would be his last.

Online reviews of the Seasons Hader Group’s Australian clinics, many of which are extremely positive, also occasionally highlight concerns over the discharge policies involving vulnerable patients who have paid big fees to be placed in the group’s care.

Mr Oppy said families of discharged patients were first offered the chance to collect them. If they chose not to, then the patient was taken to the closest transport option and given some money. A patient would not be discharged if they were assessed as being at risk of self-harm, he said.

Ten months on, Ms Beare is in Colombo. She is meeting with police about her son’s death and about a possible prosecution case against the two men suspected of being involved. She still has not heard from anyone at the Seasons Hader Group. She finds the long silence bewildering.

“I just want some answers. I don’t want any other families to go through this,” she said.

The Season Hader Group’s joint venture partner in the clinic was a Sri Lankan security company, Certis Lanka, which is wholly owned by the Singapore government’s investment arm. Certis Lanka did have a small nursing subsidiary but no experience in treating addiction. 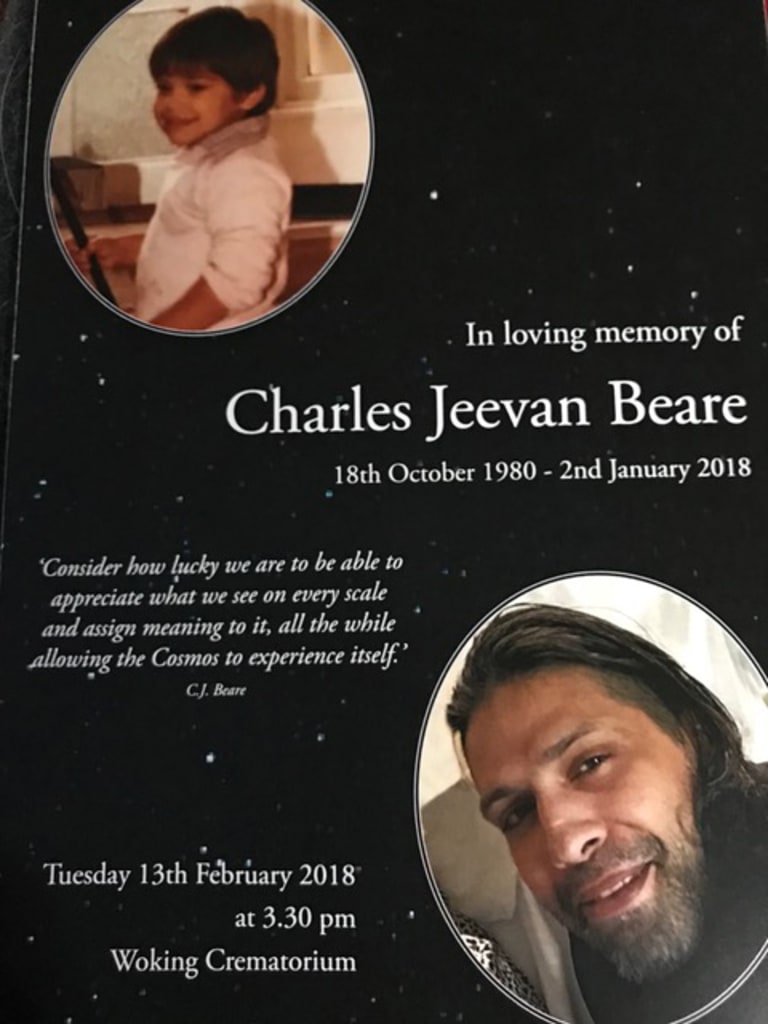 But the day after Mr Beare’s death, it was a Certis Lanka security guard who broke the news to staff and patients at the clinic, according to a former staff member. Asked how he knew Beare had died, the guard reportedly explained that Certis Lanka had good police contacts.

The unexpected death of Mr Beare appears to have been the catalyst for the sudden closure of Seasons Sri Lanka, the country’s first western-style rehab clinic.

Although he appears on a promotional video for the Sri Lanka clinic introducing himself as the “Seasons Sri Lanka general manager”, Mr Oppy said the clinic was at no times under Australian management.

“Seasons Sri Lanka was at all times under the management and direction of Certis Lanka,” he said in a statement.

But the director general of Certis Lanka, Jeevaka Wijesinghe, has a contrary view.

“I suggest you speak to Richard Smith, Jackson Oppy or Justin Nolan, as they are the people who were in charge of Total Operations, Clinical and General Management functions of the Season Rehab Project.”

Mr Wijesinghe said Certis Lanka only provided the premises for the clinic and security, cleaning and gardening services.

As for Mr Beare’s death, Mr Oppy said: “Our own investigations into the circumstances of Mr Beare’s tragic death found that correct policies and procedures were followed at all times in relation to Mr Beare’s admission, treatment and discharge.

“Mr Beare was not in the care of Seasons Sri Lanka at the time of his passing.”