The unnamed girl, from New Delhi, was initially treated with a high dose of steroids for suspected brain cysts.

Rather than cure her symptoms, the medication caused her to balloon from 88lb (40kg) to 132lb (60kg), and left her breathless and unable to walk.

Six months later, the girl’s desperate parents took her to Fortis Hopsital in Gurgaon, where scans revealed she was suffering from a condition known as neurocysticercosis.

The eggs are thought to have traveled via the bloodstream to her brain from her stomach after she ate unwashed fruit or vegetables, or undercooked pork.

After undergoing treatment to kill the eggs, the girl gradually recovered and is able to walk again. 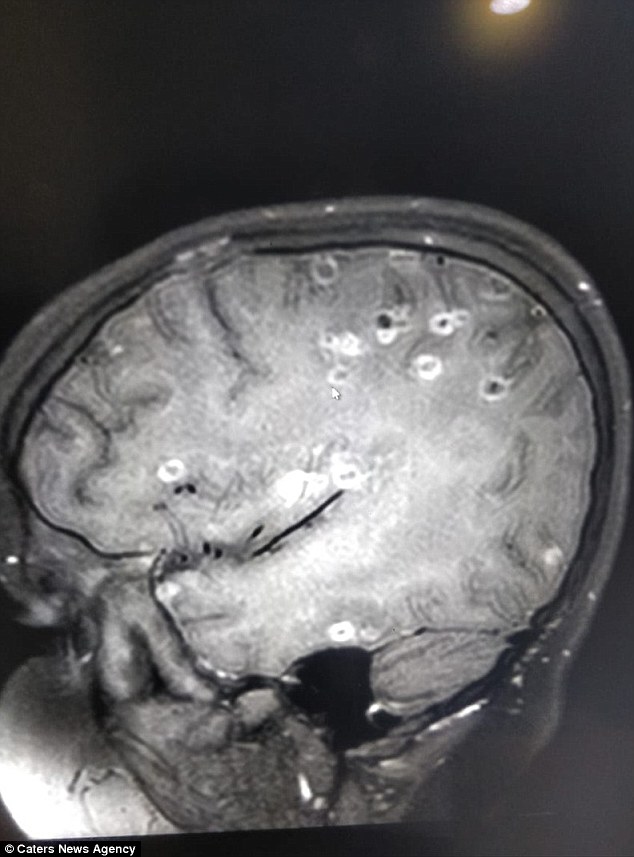 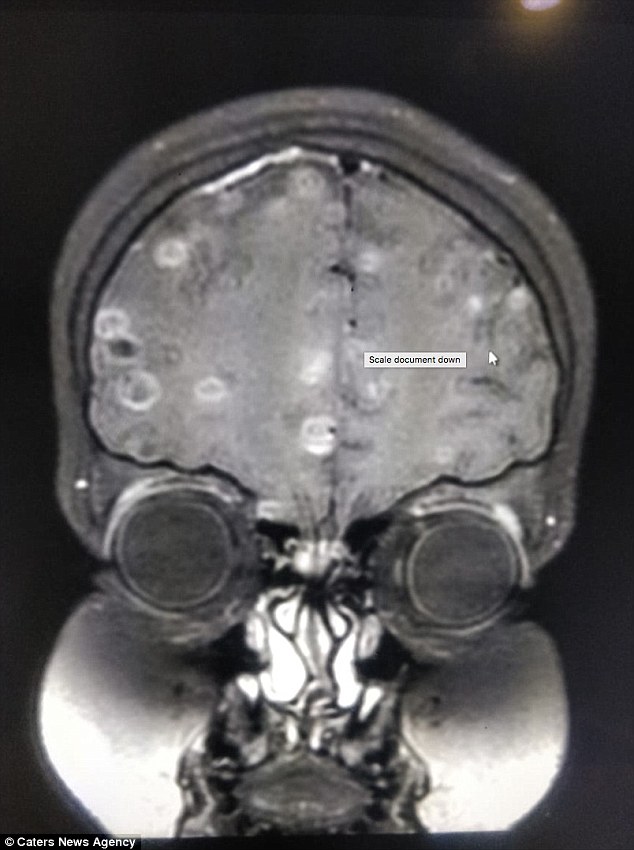 The eggs, seen from a front angle of the brain, were initially misdiagnosed as brain cysts

The girl’s treatment began with medication to reduce the swelling, followed by therapy to kill the tapeworms.

She has since lost all the weight she gained while on steroids and has returned to school.

The girl’s father, who declined to be named, said: ‘We had absolutely no idea that our healthy and cheerful daughter could ever get such a dreadful disease.

‘But I think we are extremely lucky to get [the] right treatment before [the] eggs hatched and do more damage to our daughter’s brain.’

Neurocysticercosis is a parasitic infestation caused by larval cysts of the pork tapeworm Taenia solium.

These cysts can enter the brain, leading to life-threatening seizures.

They may also swallow microscopic eggs passed in the faeces of a person with an intestinal tapeworm if they do not properly wash their hands after going to the toilet and contaminate surfaces or uncooked food.

The World Health Organization recognises neurocysticercosis as a leading cause of adult epilepsy worldwide.

Neurocysticercosis can be prevented through proper handwashing.

Treatment often involves medication to reduce swelling in the brain and kill tapeworms. 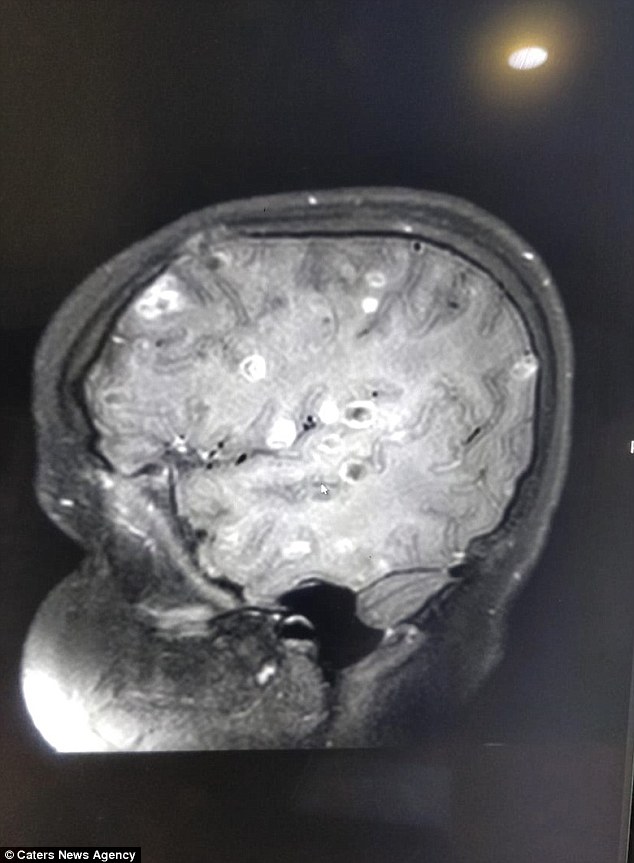 When medication for cysts failed to improve her symptoms, the girl’s parents took her to hospital where she had brain scans that revealed the extent of the infestation (eggs shown)

Praveen Gupta, director of neurology at Fortis Hospital, said: ‘The scan of [the] girl’s brain showed more than a 100 white dots, formed due to tapeworm eggs.

‘Such an infection is caused by accidentally eating foods infested by tapeworms.

‘When eggs reach the brain through the nervous system they cause neurocysticercosis, which is characterised by a severe headache, epileptic seizures and confusion.

‘People often don’t know, but tapeworm infestation of the brain is fairly common.

The World Health Organization (WHO) recognises tapeworm infestation of the central nervous system as a leading cause of epilepsy.

According to the WHO, neurocysticercosis is the most preventable cause of epilepsy worldwide and is estimated to be behind 30 per cent of all cases.