Experiencing nature makes you feel good – no big surprises there. Poets have been rhapsodising about the pleasures of getting outside since forever, from Rumi to Wordsworth and his daffodils.

But the benefits of spending time outside extend beyond fitness and fresh air. Recent research has started to untangle the way it works.

Time spent in nature reduces inflammation, and improves mental health: it is not only good for your soul, it's good for your microbes. What’s more, you don’t even have to step outside. One study found lower levels of stress hormones in people who looked at a forest scene than in those who spent the time looking at a blank wall (bad paint job?), while another showed students calmed down faster when they listened to a recording of birds singing and splashing fountains. 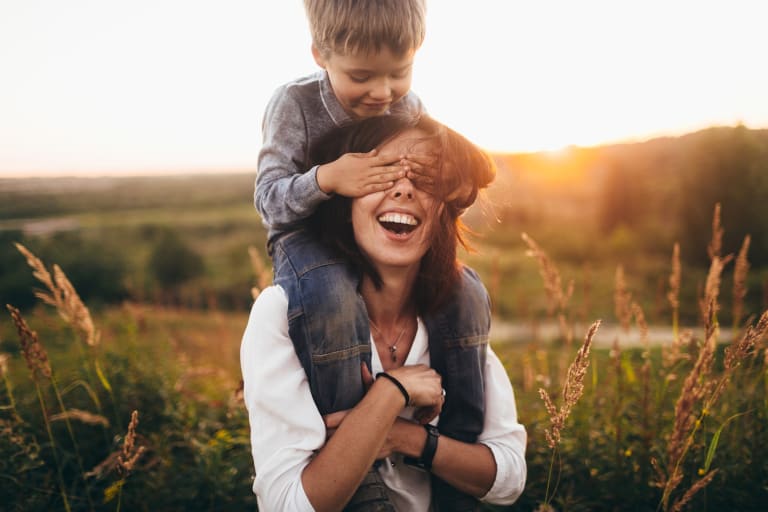 A number of studies have revealed the benefits of spending time outside.

Even once you’re outside in nature, you don’t have to stay there long to get big benefits. Researchers at the University of Queensland (UQ) studied the dose of nature needed and found that a mere 30 minutes spent in green spaces every week was enough to reduce depression by seven per cent and high blood pressure by nine per cent.

According to Professor Richard Fuller, who conducted the study, "People need to spend a surprisingly small amount of time visiting nature in a week. We found that only spending half an hour in a local green space could significantly reduce a person’s chances of having depression or high blood pressure."

It’s not just the Queenslanders who take nature’s positive effect on health seriously. Japan is the birthplace of "forest bathing", the practice of immersing yourself in nature. It’s a meditative, sensory activity, and one that has produced a wide range of insights.

One study compared two groups of people taking walks of the same level of physical exertion, one through a forest and one through a city. The results showed a decrease in blood pressure and stress hormones for the forest walkers and not for those in the city.

Another series of studies suggested that forest bathing boosts the immune system by encouraging the activity of white blood cells. Commonly known as "natural killer" cells, these are frontline defenders against tumours and infections. The activity of these cells increased significantly in those visiting forests but not in those taking similar trips in urban areas. And these results lasted for more than 30 days.

Forget short jaunts in the wood, if you want to sleep like a baby, you’re going to have put in some time. A US study looked into the effects of longer-term exposure to the outdoors (such as a camping weekend) and found that two nights is enough to reset circadian rhythms and improve sleeping patterns. What’s more, only two nights away can lead to months of better sleep.

How does it work?

Research in this area is still preliminary, but scientists have identified some of the factors at work. One of these is in the smell of the trees. Breathing in phytoncides – the wood essential oils found in forest air – appears to lower stress and boost the numbers and activity of natural killer cells.

It’s not just the air you’re breathing, but the dirt you’re walking on too. Both are host to a huge range of microbes – far more diverse than those found in your office – leading to an increased diversity in your own microbial residents.

However it works, the fact is it does. As well as the documented health benefits, time in nature is time spent away from the stress and screens of modern life. So next time you fancy a walk in the park, don’t view it as a luxury – view it as essential medical treatment.

Those poets were way ahead of their time.