France has launched a nationwide inquiry after a spate of babies have been born with deformities across the country.

Over the past 15 years, 25 infants have been delivered in three regions, including Brittany, with missing or malformed arms.

The defects have sparked a public health scare, with authorities admitting the rate of disabilities is ‘excessive’.

Although unclear what the cause is, some are blaming pesticides due to cases being clustered in rural areas. 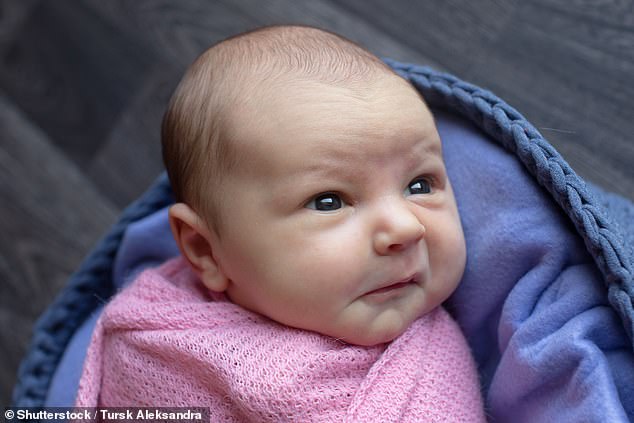 France has launched a nationwide inquiry after a spate of babies have been born with deformities in Brittany and its surrounding area. Over the past 15 years, 25 infants have been delivered in the north west region with missing or malformed arms (stock)

Francois Bourdillon, head of the agency Public Health France, confirmed a national investigation is ‘underway’ and the results would be released in around three months.

‘Nothing is being hidden from you,’ he assured listeners of RTL radio.

Confidence in the state’s handling of the issue took a blow on Monday night when health authorities reported 11 cases occurred in the Ain area near the Swiss border between 2000 and 2014.

These had not previously been made public.

In total, around 25 cases have been detected in the past 15 years in the regions of Brittany, Loire-Atlantique and Ain.

Although a relatively small number, the defects caused public alarm after being widely reported by the French media.

The issue was made public by a scientist at the Remera public health body, which was created after the thalidomide scandal and is responsible for tracking birth defects.

WHAT WAS THE THALIDOMIDE SCANDAL?

Thalidomide was the medication given to pregnant women to combat morning sickness between 1958 and 1961.

It was withdrawn after doctors noticed an increase in the number of deformed babies born to mothers who had been on the drug.

After a long battle, the families affected received total of £28 million in compensation, paid out by the drug manufacturer during the 1970s.

The scientist, Emmanuelle Amar, has been hailed as a whistleblower by ecologists and campaigners, but has also been accused of scare-mongering by fellow researchers.

Speaking on why these incidents may have occurred, Health Minister Agnes Buzyn told the TV channel BFM yesterday: ‘We don’t want to exclude anything.

‘I want to know, I think all of France wants to know.

‘Maybe it is due to what these women ate, drank or breathed in,’ she said.

An initial inquiry earlier this month declared limb defects are no worse in western France than elsewhere in the country.

But Ms Buzyn said it was ‘unacceptable’ that the investigation did not get to the bottom of the problem.

The probe has since been widened and will be jointly run by the health agency and the sanitation, food and environment agency, WHBL reported.

Ms Buzyn said investigators will try to determine if the affected families have anything in common.

‘It is very complicated, we need to investigate the history of families in cases which sometimes date back ten years or more,’ she said.

The mothers have already been tested for numerous substances they may have been exposed to during pregnancy, with no clear explanation being found.

While environmentalists are blaming pesticides and other chemicals, there is no evidence to back this up. Others believe the defects could be genetic.

The state health agency has previously said the abnormalities were ‘probably down to chance’.

Limb defects affect around 1.7 in every 10,000 births in France, which makes up around 150 cases a year, hospital registries show.

This comes after thousands of babies around the world were born with missing or stunted limbs in the 1950s and 1960s, which was linked to the drug thalidomide.

Thalidomide used to treat nausea in pregnant women and was banned in the 1960s.