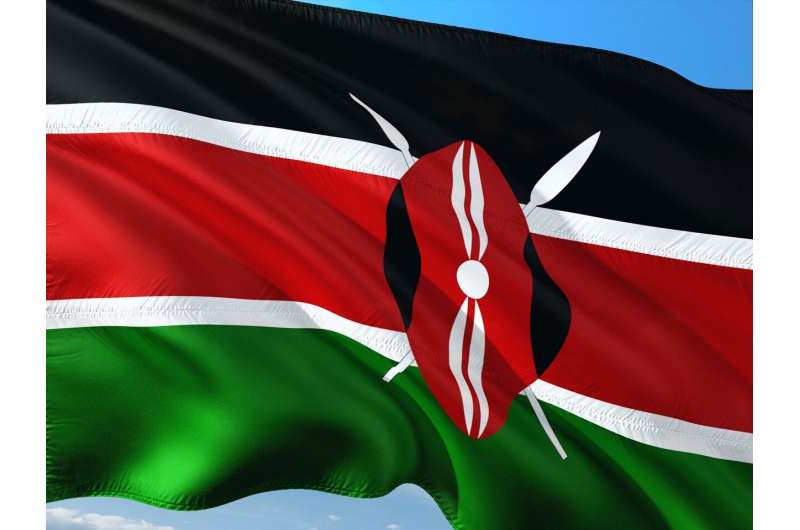 Female genital mutilation is a practice deeply rooted in cultural traditions around the world. The World Health Organization defines it as comprising all procedures that involve removal of parts of the external female genital organs for non-medical reasons.

The cut is practiced for various reasons. Some communities use it as a rite of passage. Some see it as a way of enhancing hygiene and esthetics, sexual maturity, marriageability and social belonging.

In Kenya, girls are mostly subjected to the cut during the school holidays. They have a long period away from school and hence perceived to have time to heal from the procedure without scrutiny. There is an increased risk for girls during the long holidays as schools in Kenya have closed for about two months, from 25 November 2022 to 23 January 2023.

Female genital mutilation was officially recognized as a form of violence against women and a violation of human rights in the 1993 Declaration on the Elimination of Violence against Women. Ending it contributes to the achievement of Sustainable Development Goal targets. In 2012, the UN General Assembly designated 6 February as the International Day of Zero Tolerance for Female Genital Mutilation.

Kenya is a party to, and has ratified, the convention on female genital mutilation, alongside others that focus on the rights of women and children. The country has enacted the Prohibition of Female Genital Mutilation Act of 2011. This law has provided a good environment for programs and development of policies for 22 hotspot counties.

In 2019, former president Uhuru Kenyatta pledged to put an end to female genital mutilation in Kenya by 2022 and concerted efforts executed by government and other stakeholders have advanced the fight to end this vice. The COVID pandemic slowed the implementation of intervention programs to end the practice.

Amref Health Africa (and its associated Amref International University) has for a number of years worked to end female genital mutilation through community-centered interventions and evidence generation. One of its promising interventions is the community-led alternative rite of passage which supports girls to undergo the transition without being cut.

To investigate the effectiveness of this alternative rite of passage, we commissioned an impact study in 2019. The study focused on the Maasai of Kajiado County in Kenya—one of the female genital mutilation hotspots— where this intervention was tried for 10 years.

The study found that the intervention had a positive impact. It contributed to reducing the prevalence of female genital mutilation. Early and forced marriage of children, as well as teenage pregnancies, also dropped.

Amref hopes this evidence will help to accelerate efforts towards abandonment of the practice and especially among communities that practice it as a rite of passage, from childhood to adulthood.

The alternative rite was designed and created by teams which include community gatekeepers, cultural and religious elders, reformed cutters and administrative officials of counties. Women and men are also involved.

Community members are involved in the alternative rites to ensure that:

The teams select girls to undergo the alternative rite of passage. The ceremony takes four to five days. This model offers an alternative to ritual cutting but seeks to retain the positive aspects of cultural rituals and celebrations around womanhood.

The new ritual combines aspects of the traditional ceremony with educational components of sexual and reproductive health, human rights and gender norms.

The program supports girls’ self esteem and ability to exercise their power.

To date alternative rites of passage ceremonies have been held for over 20,000 girls.

The female genital mutilation prevalence rates declined by 24.2 percentage points, from a mean of 80.8% before the alternative rite rollout, to 56.6% afterwards (between 2009 and 2019). In addition, the intervention contributed to an increase in schooling years for girls by 2.5 years, from an average of 3.1 to 5.6 years.

The study shows that the rate of forced marriages—which was growing at an average rate of 1.2%—has now declined by 6.1%, representing an overall drop of 7.3 percentage points.

Similarly, teenage pregnancy—which was rising by 1.5% annually, has declined by 6.3% over the last 10 years. This represents a 7.8 percentage point drop.

Through this intervention, Amref is able to create an enabling environment that promotes girls’ protection against the cut. It also reduces teenage pregnancies and child marriage while increasing girls’ chances of getting a formal education.

Amref is now collaborating with the Maasai community in redesigning and strengthening the alternative rite.

As a result of consultative meetings with communities and stakeholders, the need arose to ensure that the girls remained protected and uncut. Amref has developed and piloted a digital tool to keep track of the alternative rite’s girls. It enables Amref to follow up on the health, education and socio-economic welfare of the girls, working closely with community health workers and teachers.

The tool has already provided some preliminary data on young girls tracked retrospectively, to be monitored up to the age of 25 years. It will keep being improved for wider rollout in the future too.

Creating a database of the alternative rite beneficiaries and their families is useful. This enables us to follow up on their progress after the training and thereby ensuring child protection through ensuring that they remain in school and are not subjected to the cut. This way, we are able to provide psychological support and engage the girls for community activities such as school clubs and inter-generational dialogs.

Provided by
The Conversation

This article is republished from The Conversation under a Creative Commons license. Read the original article.